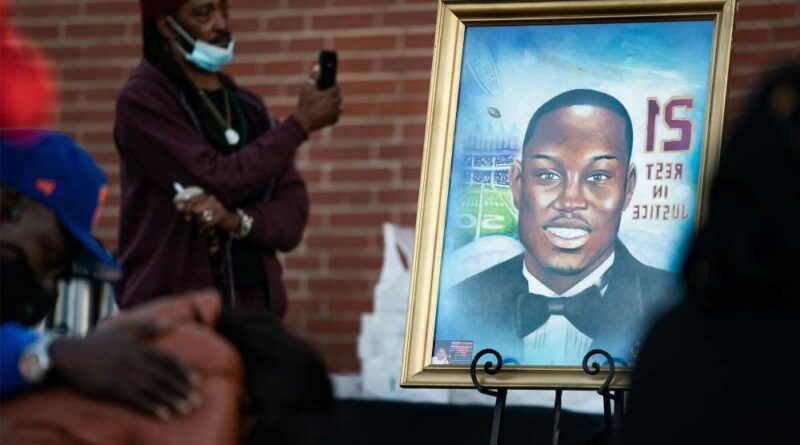 The Hamptons publishing scene is booming

Baseball Digest gets new owner — its third in 79 years

When The Pulitzer Prizes and the National Magazine Awards were revealed last week, one of the biggest upsets was that the only publication to win both was a publication known more for its sneaker reviews than its human interest stories.

Runner’s World cleaned up in the 24-hour period during which winners of two coveted journalism prizes were announced with its heartbreaking story on the final run of Ahmaud Arbery by Mitchell S. Jackson, entitled “Twelve Minutes and a Life.”

The article brings to life a figure who only came to be known to the world via the grainy cellphone video that captured his murder in southern Georgia on Feb. 23, 2020, as he was pursued — while running — by three white guys in two pickup trucks.

The article traces the 25-year-old runner back to his high school days Glynn County, Georgia, when he was a small but hard-hitting middle linebacker and team captain who ran mainly to stay in shape. And it touches on concerns that running in America is largely a white man’s sport.

“Ahmaud Arbery, by all accounts, loved to run but didn’t call himself a runner,” Jackson wrote. “That is a shortcoming of the culture of running. That Maud’s jogging made him the target of hegemonic white forces is a certain failure of America,” he said, referring to Arbery’s nickname of Maud.

To be sure, Jackson’s article is not the only story to ever win both prestigious awards in a single year.

The controversial New York Times Sunday Magazine story, The 1619 Project by Nikole Hannah-Jones won both in 2020. So did Ronan Farrow’s New Yorker exposé on Harvey Weinstein’s long history of sexual predatory behavior in 2018.

Rachel Kaadzi-Ghansah won for a 2017 investigation published in GQ magazine on the making of terrorist Dylann Roof. And in 2010, Dr. Sheri Fink writing for ProPublica about a New Orleans hospital during Hurricane Katrina was a dual winner for “The Deadly Choices at Memorial.”

But Runner’s World was considered a long shot to win either award — let alone the coveted feature writing award by the American Society of Magazine Editors and the Pulitzer Board, which are both administered by the Columbia University Graduate School of Journalism.

Even author Jackson admits he “balked” when an editor at Runner’s World first pitched him the idea. When he finally agreed early in the pandemic to take the assignment, he conducted all the interviews virtually.

As he watched the NMA’s virtual presentation last Thursday night, he told Media Ink, “It was nerve-racking. “‘Features’ was the last award of the night.” And he was up against perennial winners in the coveted category, including The New Yorker, the New York Times Sunday Magazine, Texas Monthly and ESPN among others.

When he found out he won, he said, “It was surreal.”

The next day, he avoided watching the Pulitzers when they kicked off around 1 p.m. on Friday. “I had too much anxiety. I did not to watch the Pulitzers, so I laid down and took a nap,” he said.

He said was awakened a short time later by a call from his friend and past poetry Pulitzer winner Tyehimba Jess. He said congratulations, “and I thought he was talking about the National Magazine Award.”

“It was hard to believe,” said Jackson, who just finished writing a novel and is a regular columnist at Esquire.

Elsewhere, a special citation Pulitzer was awarded to Danielle Frazier, the teenage whose cellphone captured death of George Floyd, who stopped breathing after nine minutes during which his neck was crushed by now-convicted ex-Minneapolis cop Derek Chauvin.

The New York Times won a coveted Public Service Pulitzer for extensive coverage of COVID-19. Ironically, many of the stories in that package were spearheaded by Donald McNeil Jr., the Times science writer who was forced to apologize and resign after a report surfaced earlier this year that he had repeated a racial slur while talking with high school students on an Times-sponsored trip to Peru in 2019.

McNeil has said the Times had reached out to the Pulitzer board to assure them that he was not a racist.

“Fearing the controversy would cost them a Pulitzer, the Times wrote to the Pulitzer jury and board to reassure them that I was not a racist,” he said in a statement to Fox News.

“They said they had looked into the same accusations in 2019 and had found them mostly false,” McNeil wrote “I was told this both by [Times executive editor] Dean Baquet and by [assistant managing editor] Glenn Kramon, who oversees prize submissions.”

“That tactic seems to have worked. Bravo.”

He added, “When the company adds this award to the 15th floor ‘Pulitzer Wall,’ I hope they will include me in the credits. I aspired to make it there my whole career.”

No word as of Tuesday on whether his name will indeed go up on the wall. The Times had not returned a call at the time of writing.

Race and COVID coverage, which dominated the 2020 news cycle, played heavily among the winners.

The six awards won by David Remnick’s The New Yorker tied for the most ever with New York Magazine when it was still edited by Adam Moss back in 2010.