As the nation’s drag performers face an unprecedented wave of protests and threats directed against their events, drag icon RuPaul Charles addressed the incidents for what appears to be the first time publicly Friday.

“It’s such a tragedy how our country has become so divided, and it really breaks my heart,” RuPaul, who uses only his first name professionally and is commonly referred to as the “queen of drag,” said in an interview with NBC’s “TODAY” show co-hosts Hoda Kotb and Jenna Bush Hager. “I pray for our country, and the world really, and I still believe in the power of love.”

He added, “What I say to everyone is: Don’t lose faith in the power of love.”

There have been at least 124 protests and significant threats aimed at drag events in 47 states so far this year, a report released in November by LGBTQ media advocacy group GLAAD found.

Notably, a doughnut shop in Tulsa, Oklahoma, was vandalized and firebombed by a Molotov cocktail in two separate incidents after it hosted a drag event in October, according to KFOR and KJRH, NBC affiliates in Oklahoma.

Just this month, more than 50 demonstrators — some of them armed — made good on promises to demonstrate outside a Columbus, Ohio, venue that was hosting a “Drag Story Hour”-style event for children. Organizers canceled the event at the last minute following internal discussions.

The protests and acts of violence, coupled with the mass shooting at at a Colorado Springs, Colorado, LGBTQ bar on Nov. 19, have prompted several high-profile drag performers — many of whom rose to fame on “RuPaul’s Drag Race”— to heighten their security protocols. Several previously told NBC News that they’ve hired armed guards for their tours.

Aside from the protests and attacks, at least eight bills seeking to restrict drag have been introduced in state legislatures this year, according to GLAAD.

Among the legislation includes a bill that was introduced in Tennessee last month, which would ban drag queens from performing on public or private property in the presence of a minor. If signed into law, repeat offenders would be charged with a felony and could face up to six years in prison. 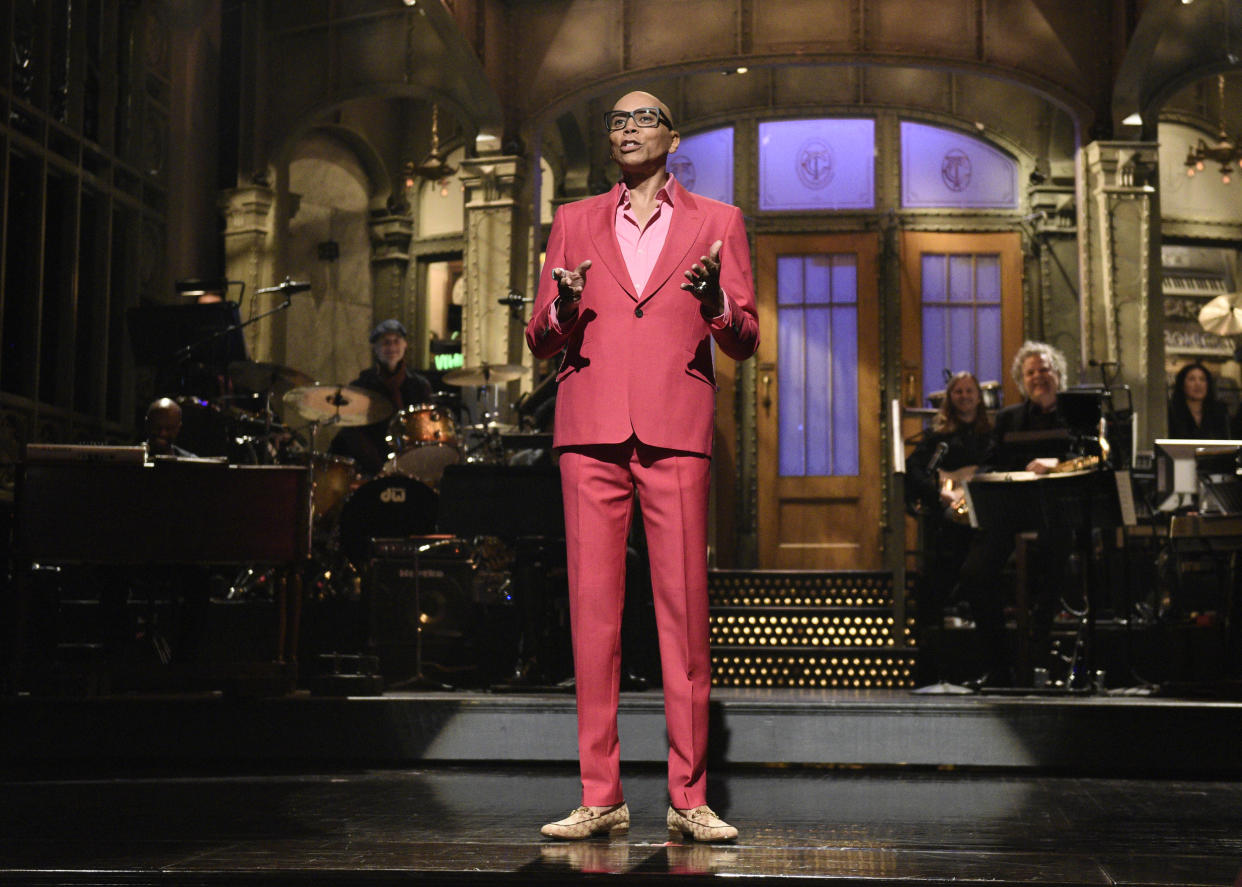 Despite the challenges, in his interview Friday, RuPaul nodded to the growth drag has had as an art form in recent years. He said that the success of his competition series’ contestants was “the thing I’m most proud of.”

“We started the show as a celebration of drag, to celebrate the art of drag, and also the courageous hearts of these kids who come up from homes — a lot of times they’re thrown out of their homes — but they find a place on our show and they find an audience,” he said. “And they are traveling the world. They’re doing their own shows, movies. They’re doing it all. It’s great.”

Since it launched in 2009, “RuPaul’s Drag Race” has become a global phenomenon, giving mainstream legitimacy to a nightclub art form and transforming small-town performers into worldwide celebrities. The series has won 26 Emmy Awards and has spinoffs in at least 16 other countries.