The annual Allen & Company conference is underway in Idaho, with the first guests seen arriving a little after noon on Tuesday.

This year it was the big names who showed up early, with Rupert Murdoch one of the first on the scene accompanied by his wife Jerry Hall.

Photos from the event show the Australian billionaire heading off on to the grounds of the Sun Valley Resort while holding hands with Hall.

Robert Kraft was also spotted getting out of his chauffeured car on Tuesday, but the New England Patriots owner did not have girlfriend and new mom Ricki Lander by his side for the trip.

The two men both wore Nike Air sneakers, though only Kraft’s had sizable lifts. 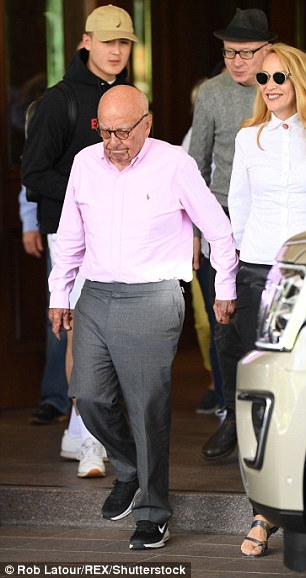 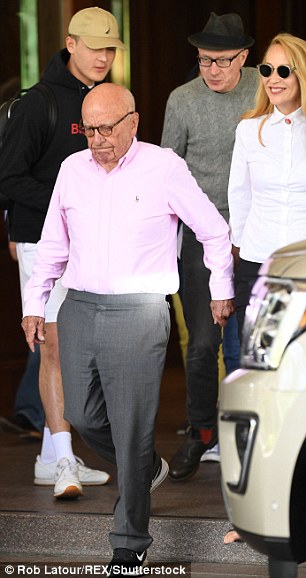 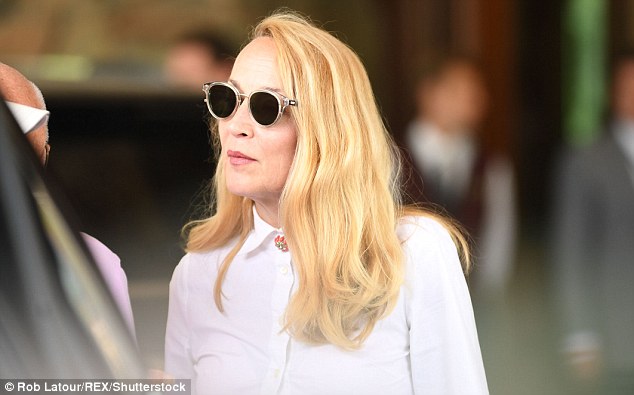 Style star: Hall (above) did not attend the conference with Murdoch last year, who spent most of the time with son Lachlan 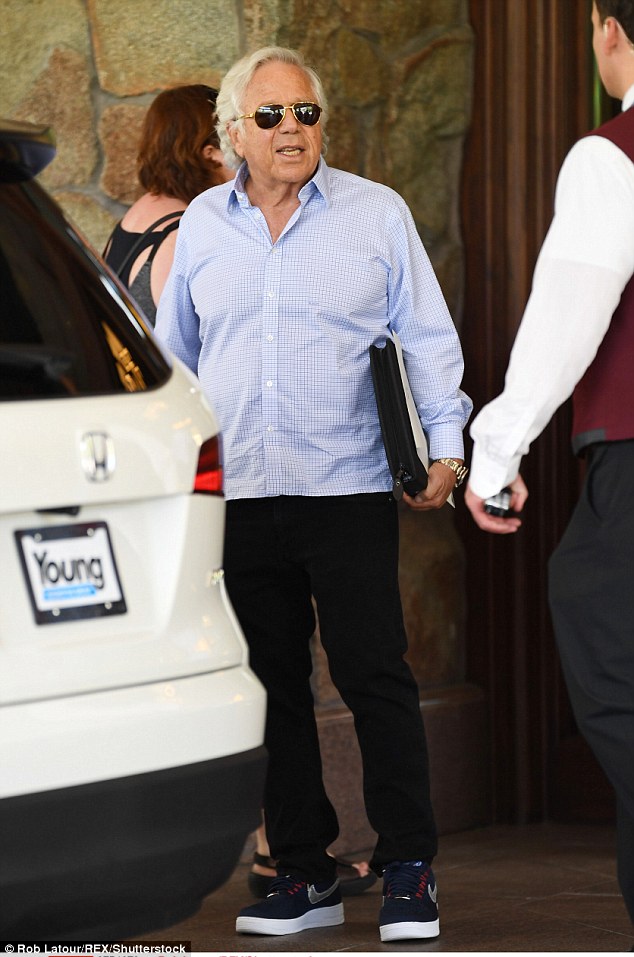 Lift him up: He was followed soon after by Patriots owner Robert Kraft (above), who did not bring along girlfriend Ricki Lander Color guard: The colorful and stylish Stacey Bendet (above), who designs the popular Alice and Olivia fashion line, posted video of herself landing in Sun Valley

The west coast was well represented too, with both Brian Grazer and Jeffrey Katzenberg spotted in the afternoon.

Katzenberg also looked to be solo while Grazer brought along his very photogenic wife Veronica.

The most stylish guest year after year has also landed in Sun Valley, with Stacey Bendet of Alice & Olivia sharing a video of herself at the airport.

In that video Bendet declared that despite the chatter that is sure to be heard at the conference this year, it is ‘all about rainbows’ and not Bitcoin.

Shari Redstone is back, amidst the ongoing turmoil between the daughter of National Amusements founder Sumner Redstone and the board of CBS .

That feud could get heated over the next few days, with CBS president Les Moonves also set to arrive in Sun Valley for the conference.

Lachlan and James Murdoch will also be joining their father at the conference.

Kevin Sabet, who founded Smart Approaches to Marijuana with Patrick J. Kennedy and serves as the director of the Drug Policy Institute at the University of Florida, was spotted walking into check-in wearing shorts and a backpack. 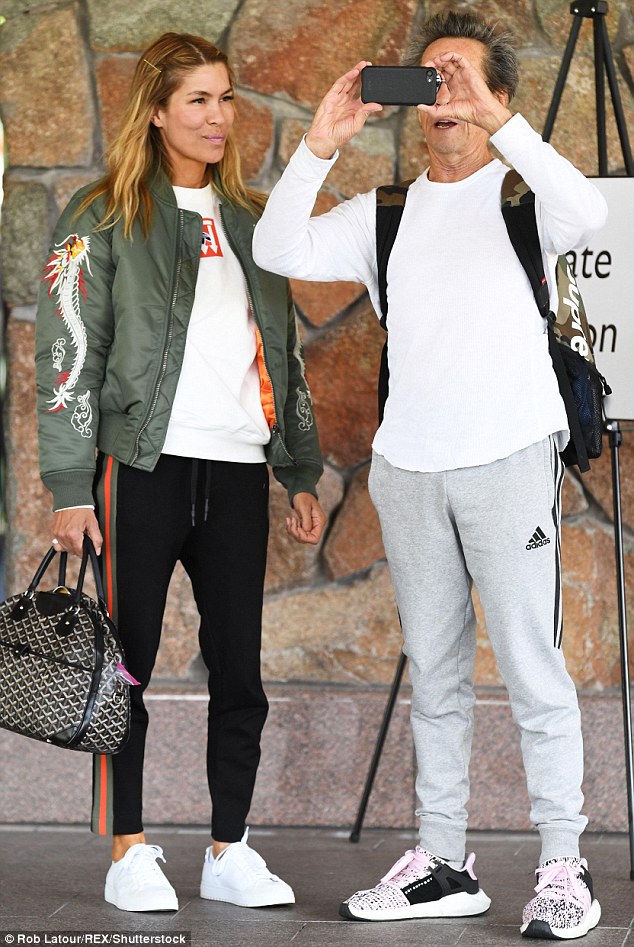 Two of a kind: Brian Grazer and wife Veronica stayed by one another’s side as they arrived at the event (above) 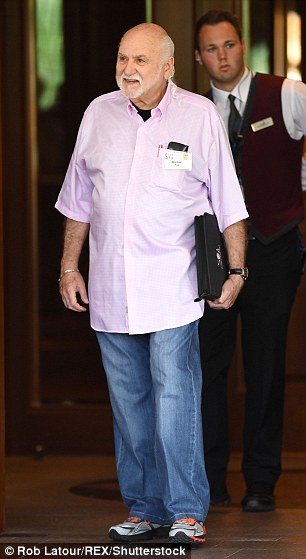 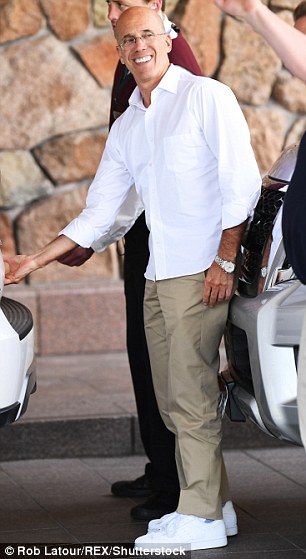 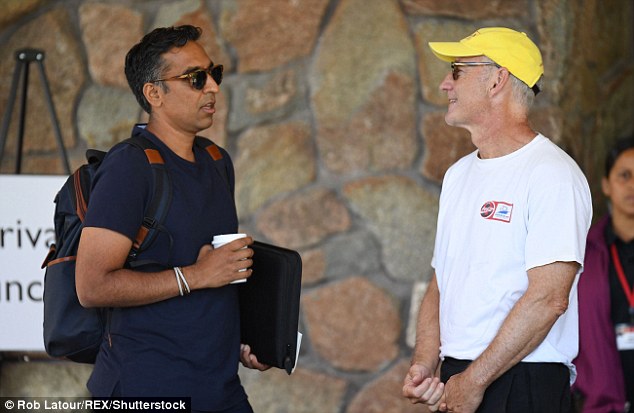 Fun in the sun: Greg Maffei (right) chats with Gaurav Kapadia (right) who recently left his post at the  multi-billion dollar fund her founded, Soroban 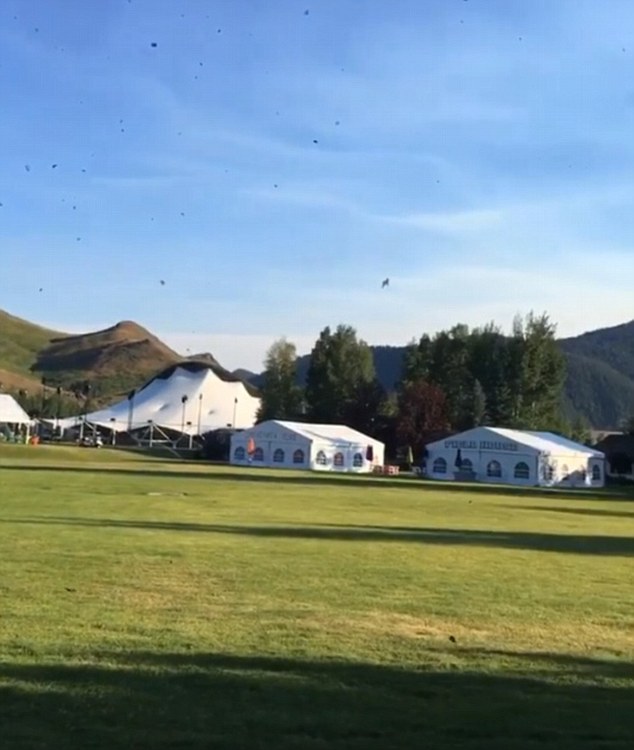 Tenting: A guest shared a look at the grounds of the resort (above), which are rarely seen during the event due to strict rules about privacy

He spent some time chatting with Gaurav Kapadia, the co-founder and co-managing partner of Soroban who left the $4 billion fund back in March and will no doubt be a very popular guest at this year’s event.

Matt Quayle, the co-creator of Squawk Box and Squawk on the Street, was seen as well, filling the spot that is given each year to a member of the CNBC team, who will interview a number of the attendees over the next few days.

And rounding things out were Michael Fux, the multimillion-dollar mattress man behind Sleep Innovations.

The annual conference has become known as a dealmaker’s dream, with some of the media and technology industries’ biggest sales taking place in the sleepy Idaho town.

This year should be another eventful one thanks to the pro-business policies that have been touted and put in place by President Donald Trump.

His offspring will not be making an appearance however like last year, when Ivanka Trump arrived with husband Jared Kushner.