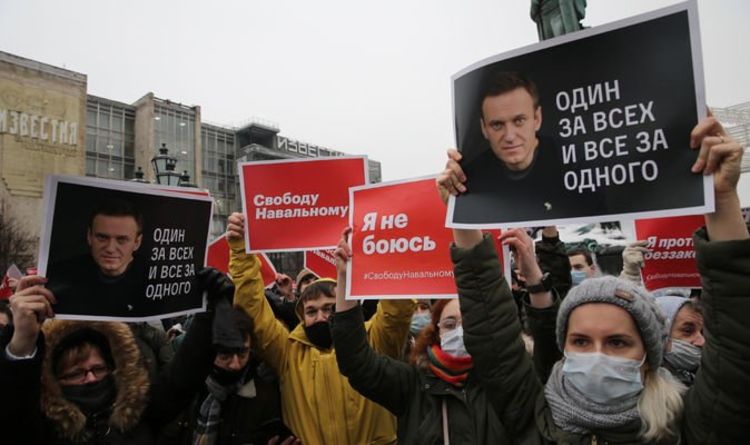 The demonstrators have also been angered by images of a property said to be president Vladimir Putin’s £1billion Black Sea palace – which boasts a casino, ice rink and vineyard – and an economic meltdown exacerbated by the pandemic. Moscow remained in police lockdown following unprecedented arrests of independent and opposition journalists. 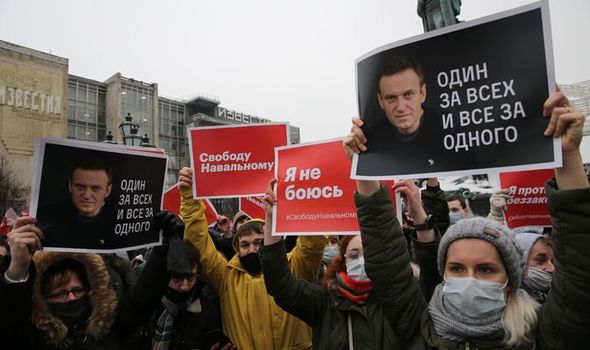 But thousands of people were due to join protests in the regions – which are crucial for Putin’s power base. Particular flash points are expected to be in Perm, Omsk, Yekaterinburg and Novosibirsk.

The Russian premier has suffered record low approval ratings over his handling of the pandemic, and experts have warned that the West should be prepared for another land grab in Ukraine as Putin’s hold of power at home becomes more unstable. 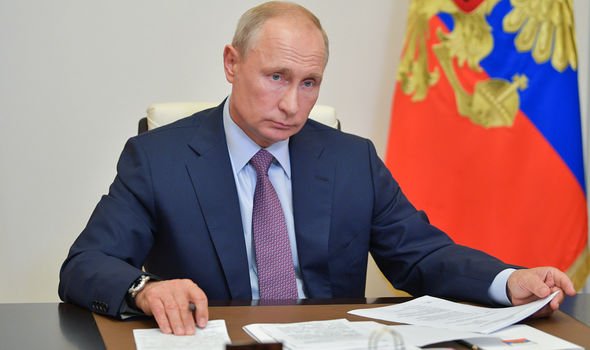 Last night Dr Jade McGlynn, of the Henry Jackson Society think tank, warned that if protests were allowed to ignite a real spark, it could spell the end of Putin’s reign within months.

She said: “The real significance of these protests is that the regional elites – the governors and their bureaucratic apparatus so crucial to Putin’s power base – feel they have been taken for granted and bossed around for too long and are starting to get itchy feet.”

Even the mayor of Yekaterinburg, Russia’s fourth largest city, has taken the “calculated risk” to join these ­protests, she added.