RUSSIA has fired missiles into the Black Sea just 300 miles from the Sunny Beach resort popular with Brit holidaymakers.

The country’s navy conducted firing tests at Sevastopol on the Crimean peninsula, which came just over a fortnight after a stray Russian-built Syrian missile hit Cyprus. 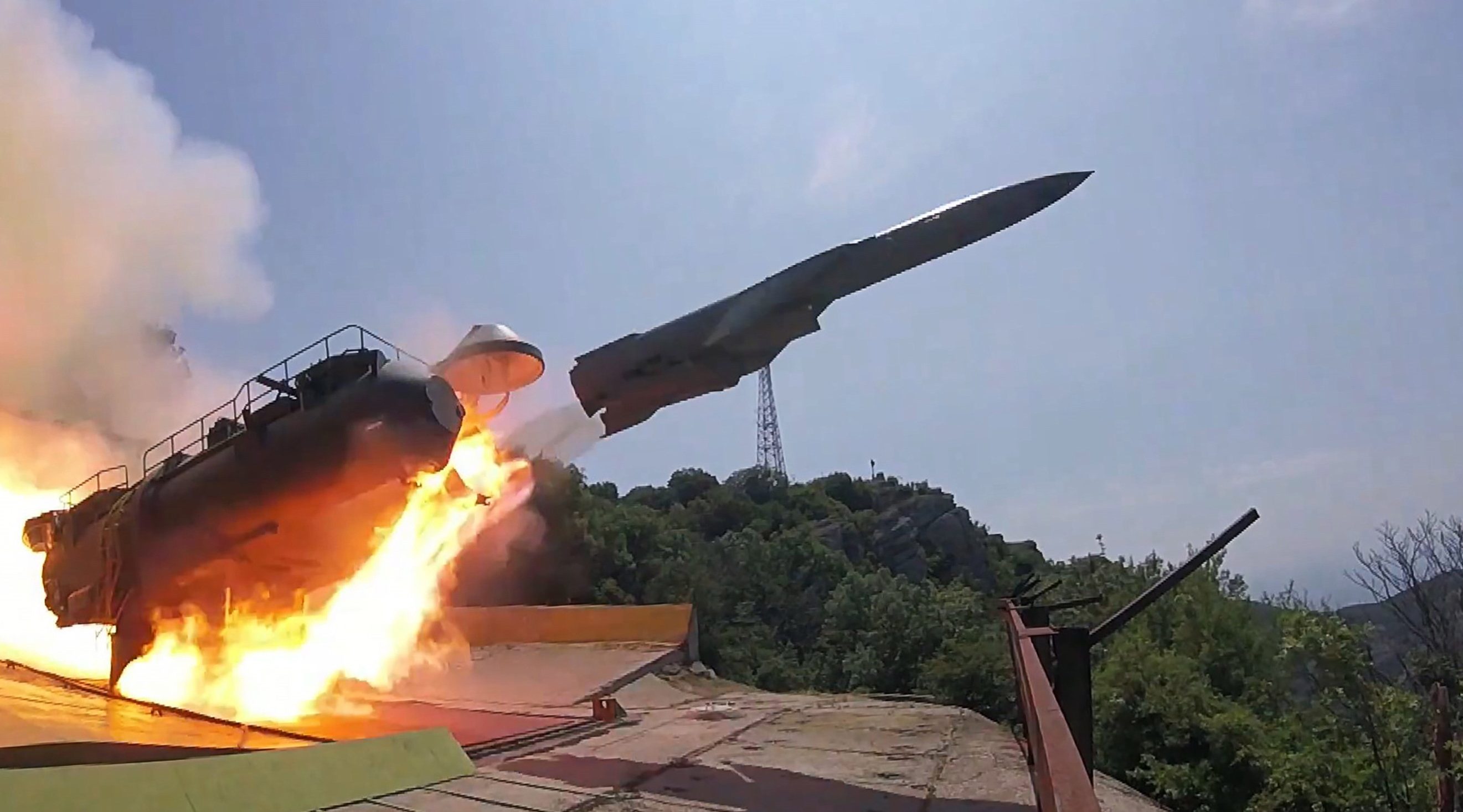 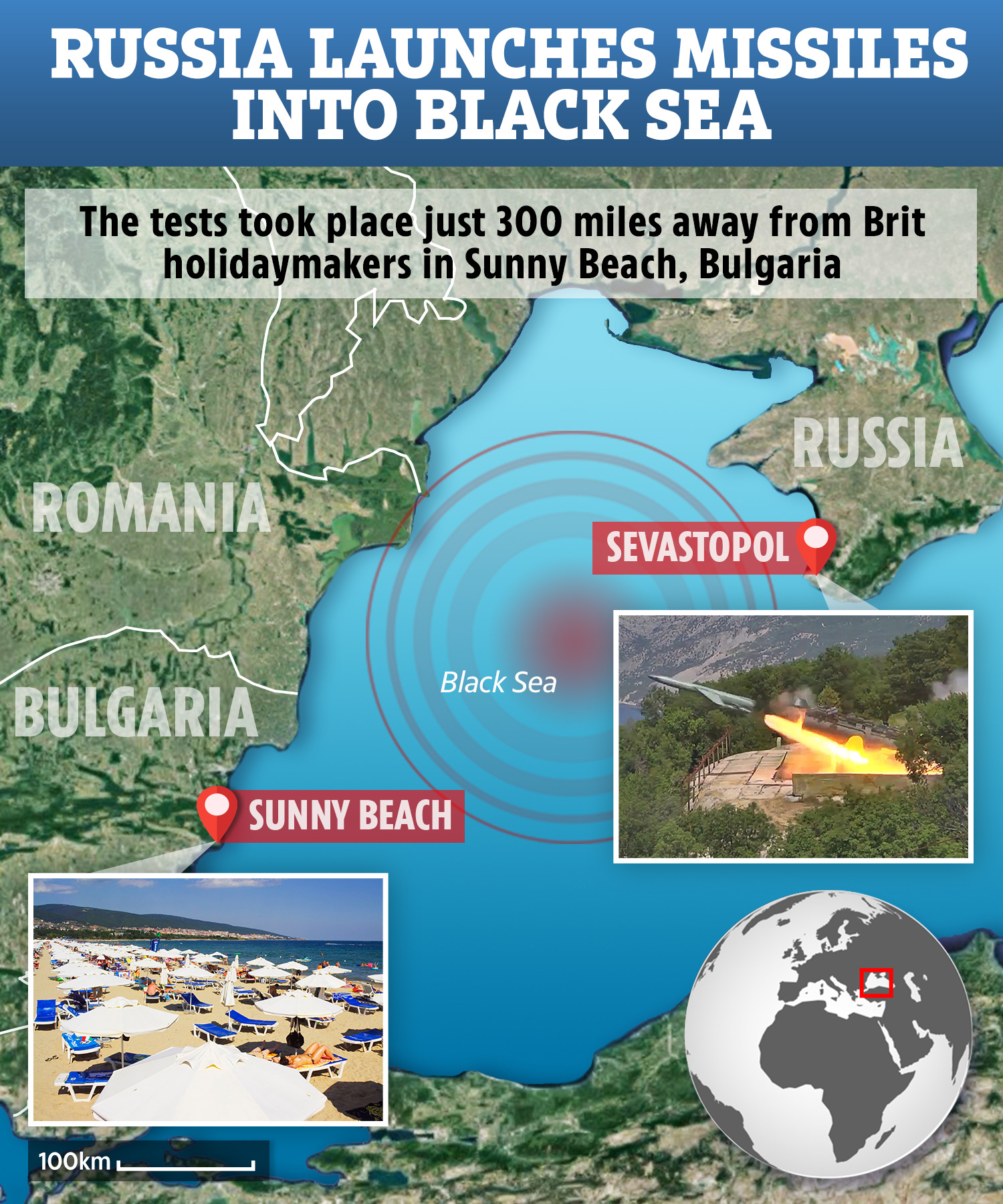 The Crimea was annexed from Ukraine by Vladimir Putin’s regime in February and March 2014 and has remained a source of tension between Russia and the West.

"Under the drill's scenario, the personnel of the Utyos system were assigned with the task of detecting a notional enemy’s naval group and shooting it down with missiles,” he told the TASS news agency

“In turn, the crew of the Admiral Makarov frigate was required to take the bearings of the missile using detection tools and strike it with the Shtil surface-to-air missile system.

"During the drills, the Utyos combat crew fired a Progress target missile while the shipborne teams struck the target at a designated distance and altitude by two missile launches.”

TASS said that 17 combat ships and support vessels and also aircraft of the Black Sea Fleet’s naval aviation were engaged in the exercise and part of the area was sealed off during it.

At the beginning of July, a stray missile landed near an area in Cyprus popular with Brit holiday makers and set a mountainside ablaze.

It is thought that the missile was fired by the Syrian defence forces in response to Israeli warplanes targeting military positions in Homs and Damascus last night.

Sunny Beach – on Bulgaria’s Black Sea – is known for its raging nightlife and water sports that attract boozy travellers hunting down a party holiday.

The main beach – Sunny Beach – is several miles long and gets very popular in the summer months.

Last year, 281,000 Brits visited the country – many of them headed straight to Sunny Beach, nicknamed "the new Magaluf" for its atmosphere. 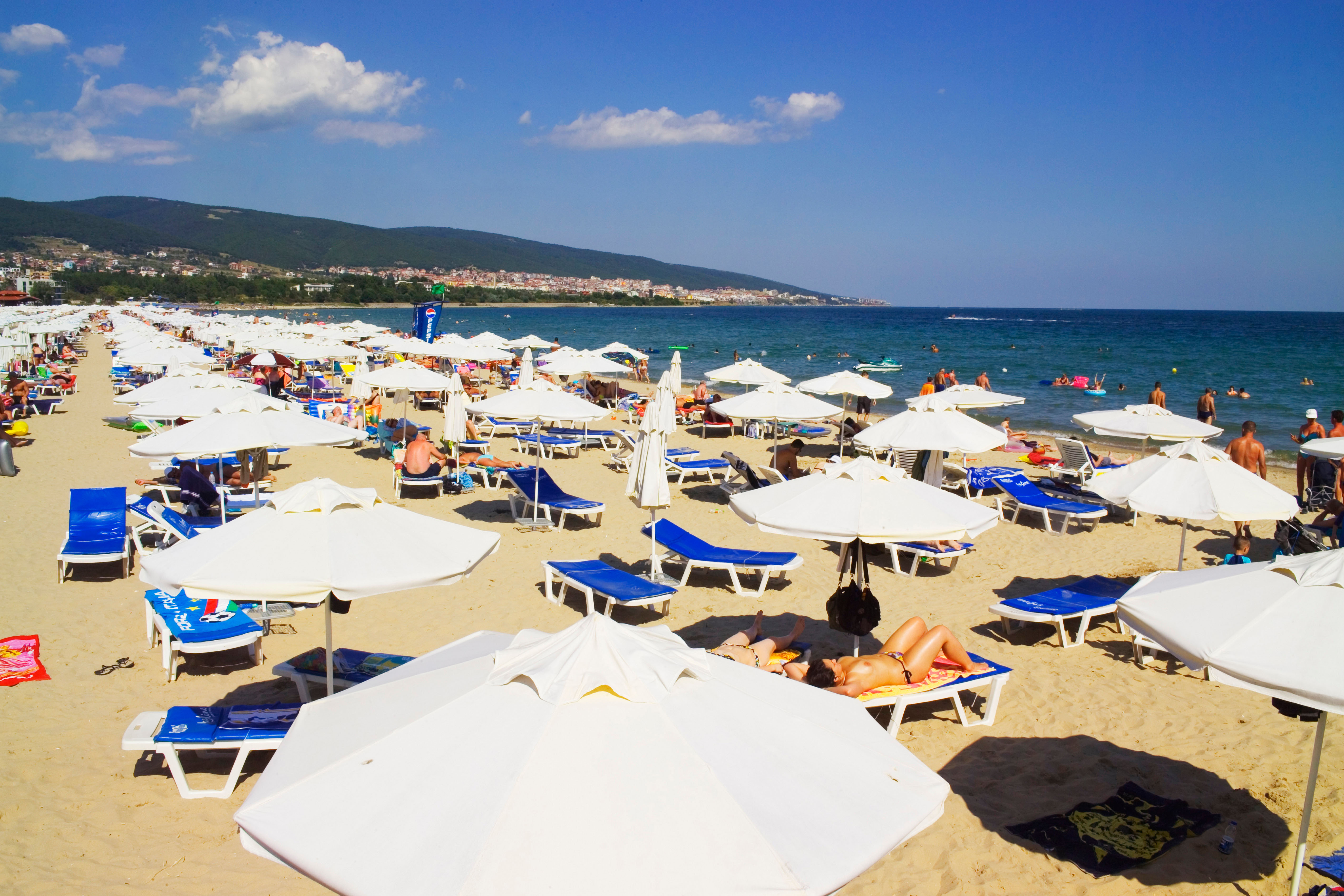