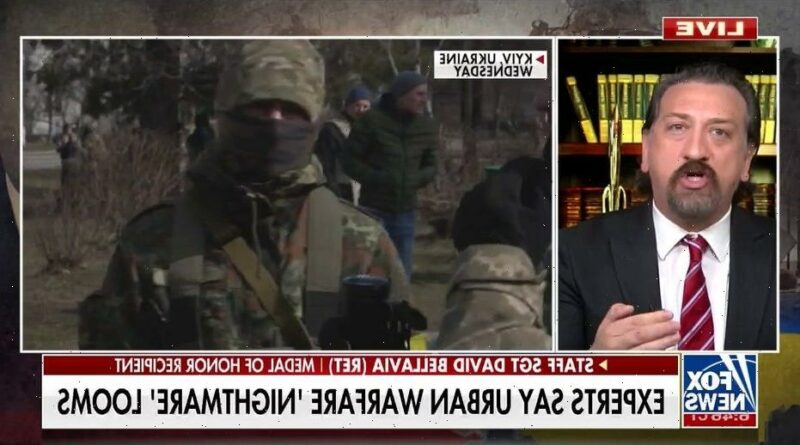 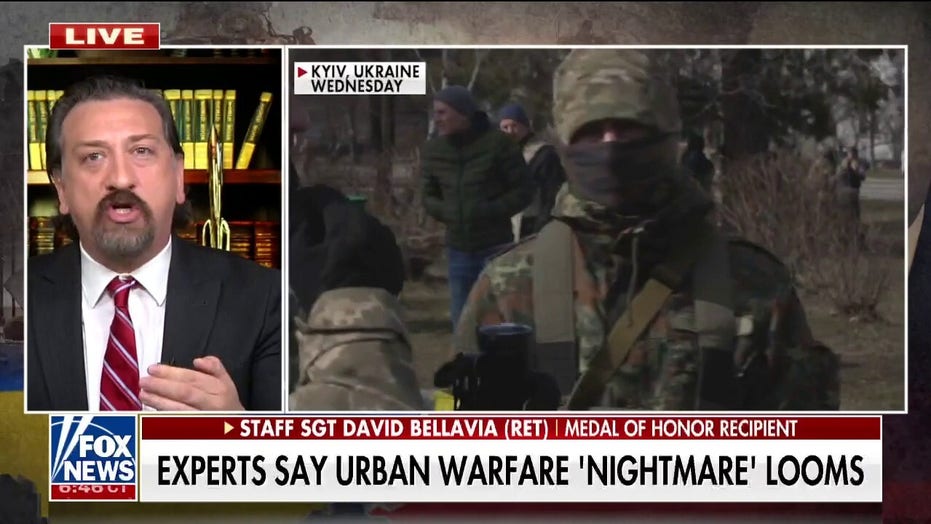 Thursday’s high-level talks in Turkey between Ukrainian and Russian foreign affairs counterparts ended in no progress for a potential cease-fire or for protecting civilians in the heavily bombarded Mariupol, even after Ukraine suggested a “neutrality” proposal with security guarantees from world powers.

In the most senior interaction since Russian President Vladimir Putin launched the invasion of Ukraine on Feb. 24, the failed talks between Ukraine Foreign Minister Dmytro Kuleba and his counterpart, Russia’s Foreign Minister Sergey Lavrov, lasted just 90 minutes in the Turkish coastal city of Antalya.

Russia reportedly rejected Ukraine’s “neutrality” proposals that promised international security guarantees, according to the Financial Times. The two sides discussed a 24-hour cease-fire but did not make progress, as Russia was still seeking “surrender from Ukraine,” Kuleba said.

“This is not what they are going to get,” he said, adding that he was willing to continue the dialogue.

After Russians bombed a maternity and children’s hospital in the Ukrainian port city of Mariupol the day before, Lavrov rejected what he categorized as the “shouting” over the “so-called atrocities,” repeating Russian claims without evidence that the hospital was captured by Ukrainian far-right “ultra-radicals.”

He also dismissed concerns about civilian casualties as “pathetic shrieks” from Russia’s enemies.

In response, Kuleba asserted that the leadership in Moscow “live in their own reality.” 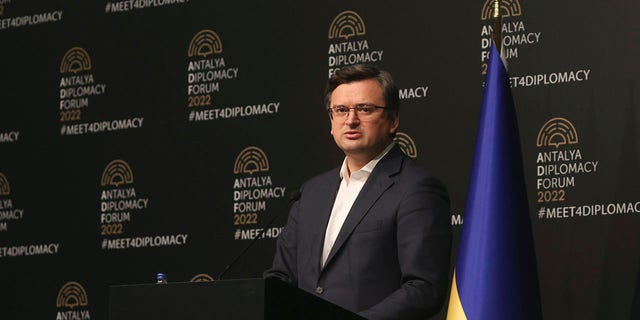 “Unfortunately, I can confirm that the Russian leadership, including Minister Lavrov, live in their own reality,” Kuleba told CNBC on Thursday. “In our talks, behind closed doors and in the absence of the media, he told me looking in my eyes that the pictures of pregnant women being taken from under the rubble of the maternity house are fake, that they hit the maternity house as a military target because the Russian military was absolutely sure that it was under the control of Ukrainian army.”

Kuleba said he came the talks with a “humanitarian” purpose to establish evacuation corridors for civilians looking to flee the devastation in Mariupol, which has been encircled by Russian forces for days.

“Unfortunately, Minister Lavrov was not in position to commit himself to it, but he will correspond with respective authorities,” he said.

In Mariupol, hundreds have died, and workers hurried to bury some of the bodies in a mass grave. Those who have survived have been breaking into shops for food and resorting to melting snow for drinking water, as Ukrainian officials said Russian forces have blocked a convoy with food and medicine.

Lavrov claimed that Russia “did not attack Ukraine,” the Financial Times reported, and that everything was “going according to plan” regarding Russia’s military operation in the country. He also repeated unsubstantiated allegations that Ukraine was creating bioweapons at its border with help from the U.S., claims which the White House said are “preposterous.” The White House warned Wednesday that such claims could be used by the Kremlin as a “false flag.”

“We just explained to Ukraine many times that a situation had arisen which posed a direct threat to Russia,” he said, according to the Financial Times. “Despite the fact that we talked about this over many years — no one listened to our appeals and exhortations.” 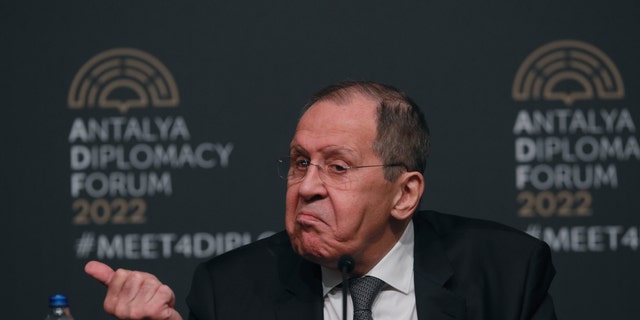 Lavrov also said Russia was ready for more negotiations but showed no sign of softening Moscow’s demands. He said Putin could meet with Ukrainian President Volodymyr Zelenskyy but only after further negotiations about Russia’s broader grievances. Zelenskyy has said Russia’s attack on Mariupol’s hospital equated to a “war crime.”

Ukrainian authorities said a child was among those dead in Wednesday’s attack in Mariupol. Another 17 people were wounded, including women waiting to give birth, and doctors and children were buried in the rubble.

Images of pregnant women covered in dust and blood dominated news reports in many countries and brought a new wave of horror at the 2-week-old war sparked by Russia’s invasion, which has killed thousands of soldiers and civilians and driven more than 2 million people from Ukraine.

Millions more have been displaced inside Ukraine. Kyiv mayor Vitali Klitschko said Thursday that about 2 million people — half the residents of the capital’s metropolitan area — have left the city.

Britain’s Armed Forces minister, James Heappey, said that whether hitting the hospital was “indiscriminate” fire into a built-up area or a deliberate targeting, “it is a war crime.” 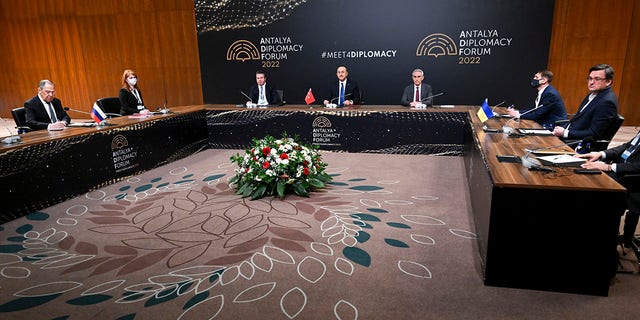 U.S. Vice President Kamala Harris, on a visit to Ukraine’s neighbor Poland, backed calls for an international war-crimes investigation into the invasion, saying “the eyes of the world are on this war and what Russia has done in terms of this aggression and these atrocities.”

Polish President Andrzej Duda called the strike on the hospital an “act of barbarity” and said “it is obvious to us that in Ukraine Russians are committing war crimes.”

French President Emmanuel Macron and German Chancellor Olaf Scholz called for an “immediate cease-fire” in a phone call with Putin on Thursday. Russia has alleged that western-looking, U.S.-backed Ukraine posed a threat to its security — but Western officials suspect Putin would like to install a government friendly to Moscow in Kyiv as part of efforts to draw the ex-Soviet state back into its orbit.

Russia’s military is currently struggling, facing stronger than expected Ukrainian resistance and heavier losses of its own troops. But Putin’s invading force of more than 150,000 troops retains possibly insurmountable advantages in firepower as it bears down on key cities.

Despite often heavy shelling on populated areas, American military officials reported little change on the ground over the previous 24 hours, other than Russian progress against the cities of Kharkiv in the east and Mykolaiv in the south, in heavy fighting.