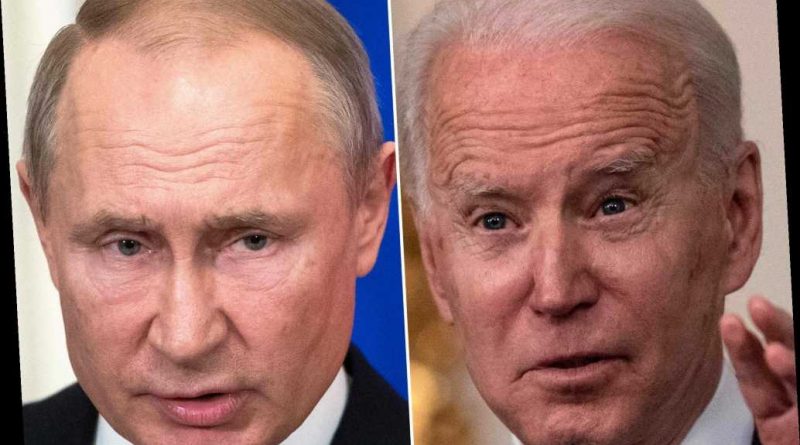 Russia tries to enlist China in pushback against US dollar, sanctions

Do it fur the gram? Putin puts on sheepskin show in Siberian vacay

“We note with regret that the American side has not supported (Putin’s) proposal to hold talks with U.S President Biden,” Russia’s foreign ministry said in a statement on Monday.

“Another opportunity has been missed to search for a way out of the dead end in Russian-American relations caused by Washington. Responsibility for this lies entirely with the United States,” it said.

White House press secretary Jen Psaki shot down Putin’s request to take part in a public debate, saying the president “is quite busy.”

“We are confident that we can continue to look for ways where there’s a mutual interest – mutual national interest,” she added.

”But the president is not going to hold back, clearly, when he has concerns, whether it is with words or actions.”​

Biden, in an interview with ABC News’ George Stephanopoulos, said he thinks Putin is a “killer.”

​​The president also said he has met the Russian leader and doesn’t believe he has a “soul.”​​

Putin went on Russian TV to respond, wishing the president “good health” without “any irony or joke” and saying he would organize a debate to discuss Biden’s comments and other regional issues.

The Kremlin also sought an apology from the Biden White House.

And Dmitry Peskov, Putin’s spokesman, said it was a “very bad statement by the U.S. president” that indicated “he doesn’t want to normalize relations.”

R​elations between the two Cold War foes have been deteriorating over the past decade and were exacerbated recently when the Biden administration imposed sanctions on Russian officials and businesses for Moscow’s meddling in the 2016 and 2020 US elections and the poisoning of dissident Alexei Navalny.

Russia withdrew its ambassador to Washington, DC, for consultation in retaliation for Biden’s remarks.