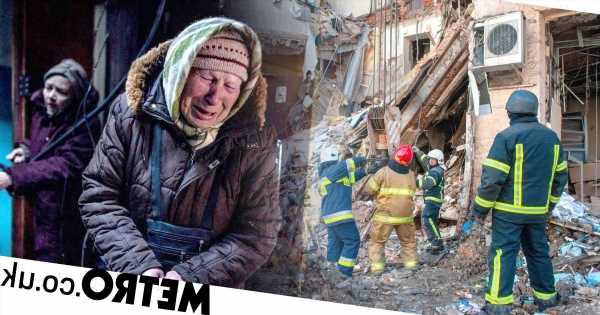 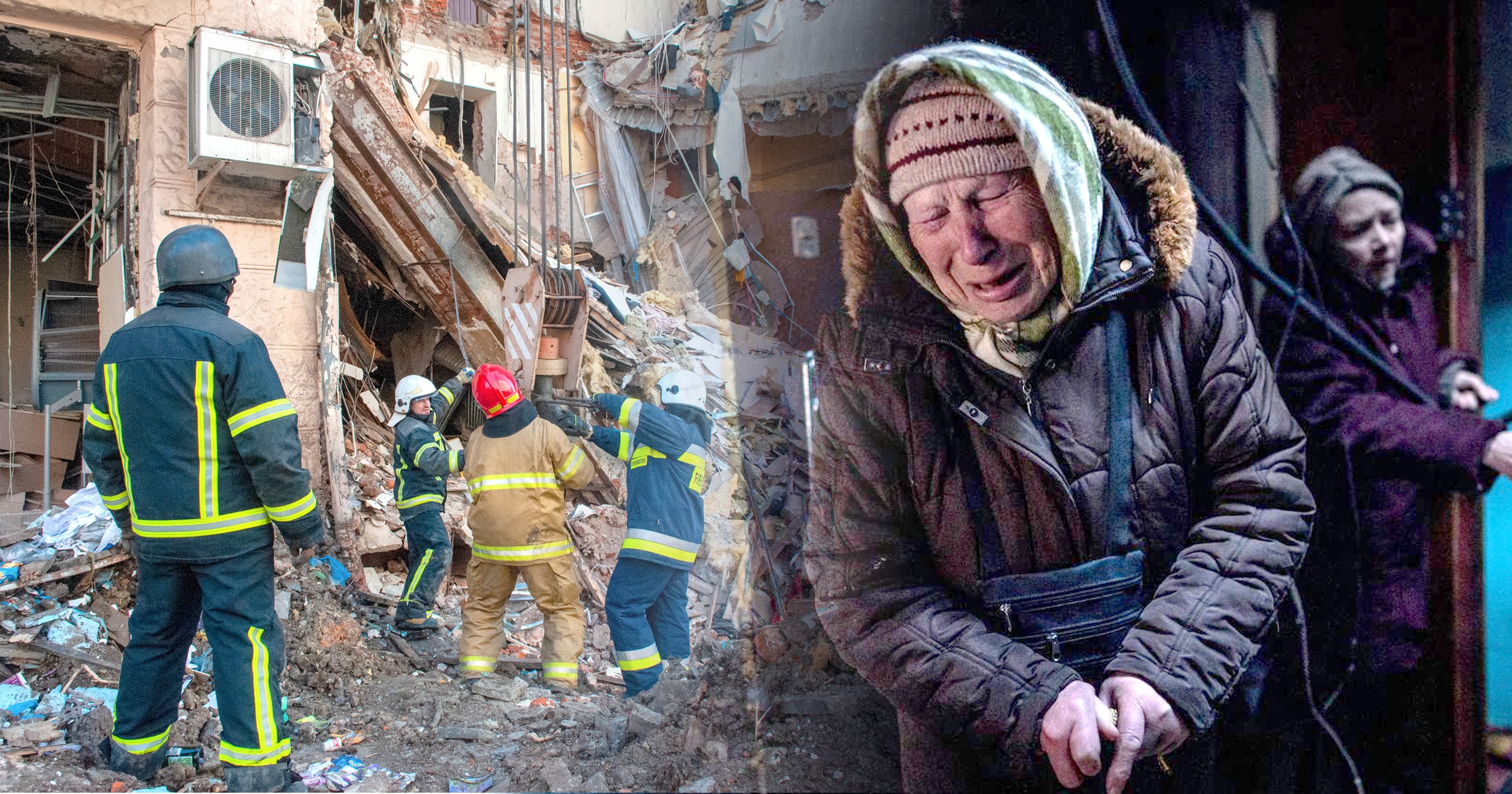 Vladimir Putin’s forces are stepping-up attacks on civilians because their invasion of Ukraine hasn’t gone to plan, experts are suggesting.

They warn that the longer Russia’s assault of its neighbour drags on, the ‘more brutal’ tactics it will resort to in order to try and win the war.

Moscow has continually denied hitting civilian targets, insisting it is only attacking military infrastructure. But that didn’t stop a Russian airstrike being launched on a theatre sheltering residents in the city of Mariupol this week.

Even though the word ‘children’ was written in Russian in big white letters on the ground outside for pilots to see, the building was still reduced to ruins.

These attacks have also been backed up by investigative website Bellingcat, which has been logging individual cases of civilian harm across the country.

Russia did not secure the swift victory over Kyiv that everyone was expecting, and it has suffered heavy losses on the battlefield, in the face of strong resistance from the Ukrainian people.

Dr Hartwell told Metro.co.uk: ‘He is deliberately destroying civilian areas and I think he’s trying to scare the hell out of these Ukrainians in order to get them to submit.

‘But I don’t think Ukrainians are willing to submit, they’ve put up a hell of a fight and I think they will continue to do so.

‘So I think his alternative, more and more, is to become more brutal in terms of the measures he is willing to take in order to try and win the war.

‘We might see much greater war crimes as this war continues and as Putin just keeps on failing to win on the battlefield as he anticipated.’

As Putin’s invasion entered its 23rd day today, the UK’s Ministry of Defence tweeted: ‘Russian forces have made minimal progress this week.

‘Ukrainian forces around Kyiv and Mykolaiv continue to frustrate Russian attempts to encircle the cities. The cities of Kharkiv, Chernihiv, Sumy and Mariupol remain encircled and subject to heavy Russian shelling.

‘The UN now states that the number of refugees fleeing the conflict in Ukraine has already surpassed 3.2 million. This number will continue to rise as a result of ongoing Russian aggression.’

Russia’s siege of cities like Mariupol have been compared to a tactic used in medieval times designed to crush the population with starvation and violence while the attacking force spares its own soldiers.

Putin has refined the tactic during his years in power, first in the Chechen city of Grozny in 2000 and then in the Syrian city of Aleppo in 2016. He reduced both to ruins.

‘It epitomises Russian warfare, what we see now in terms of the siege,’ said Mathieu Boulegue, a researcher for Chatham House’s Russia program.

It comes after US President Joe Biden called Putin a ‘war criminal’ for his unprovoked attack on Ukraine.

Previously his administration had held back from using terms such as ‘war crimes’, while condemning Russia’s actions.

The International Criminal Court has launched an investigation into Moscow’s invasion for potential war crimes, in a move backed by an unprecedented number of countries.

In a joint statement, the G-7’s top diplomats condemned Russia’s ‘indiscriminate attacks on civilians’ following its attack of Mariupol and other cities.

They accused Putin of conducting an ‘unprovoked and shameful war’ and said ‘those responsible for war crimes, including indiscriminate use of weapons against civilians, will be held responsible’.