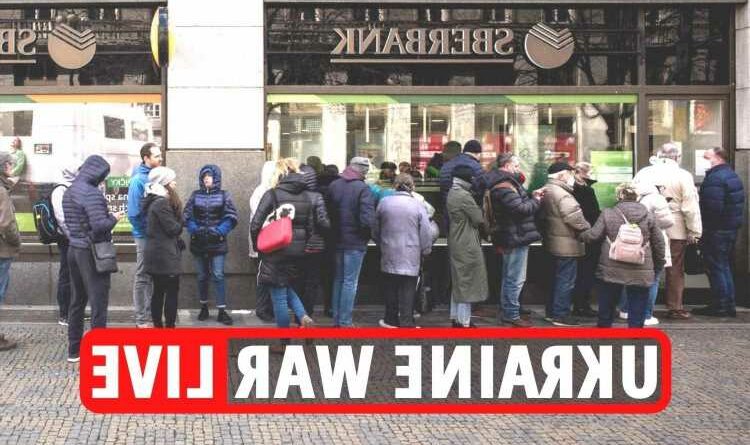 PANIC is beginning to set-in in Russia as citizens begin feeling the impact of crushing sanctions.

The rouble has plunged to record lows over the past 24 hours, with thousands forming queues at ATMs desperate to withdraw their savings.

Vladimir Putin ordered the Russian Central Bank to raise its key interest rate from 9.5% to a staggering 20% – a record high.

Russians are posting screenshots of their banking apps on social media revealing roubles are selling for 120-130 to the dollar.

It comes as Ukrainian President Volodymyr Zelensky warned the next 24 hours are "crucial" for the existence of Ukraine.

Yesterday Putin ordered Russia's nuclear forces to be on high alert sparking fears he may be preparing to carry out a nuclear strike in Ukraine after his troops struggled to advance on Kyiv.