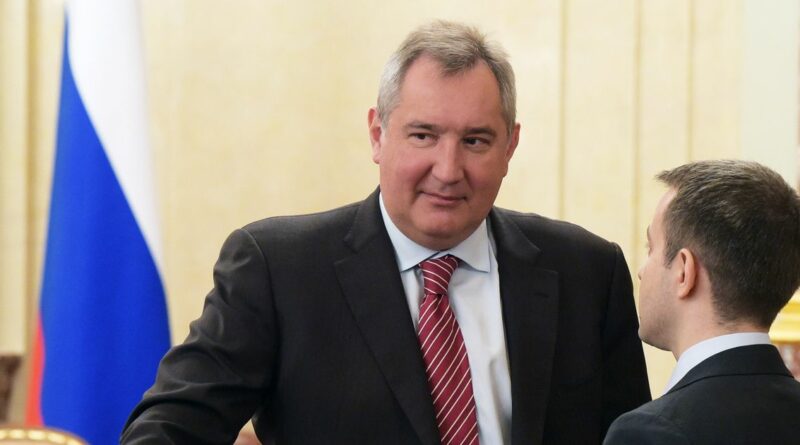 Russia's missile chief has issued a terrifying warning as he unveiled the country's latest missile which is set for "mass production."

Dmitry Rogozin, of Rocosmos, Russia's space agency, has alerted the West to the country's new weapon by posing in front of the huge Satan-2 nuke.

The new generation 200-ton rocket is thought to be capable of carrying 15 warheads to anywhere on earth at nearly 16,000mph.

Rogozin posted the image on Telegram and said: "Sarmat. The world's most powerful global-range nuclear missile is preparing for new tests and mass production.

He recently threatened to use the missiles to eradicate half of Europe and is among several officials standing by the transporter train.

Vladmir Putin has previously boasted about the deadly weapons and said Satan-2 will "force those who try to threaten Russia to think twice".

"The missile can break through all modern anti-missile defences," the tyrant warned.

"There is nothing like this anywhere in the world, and won't be for a long time."

He threatened Nato members and declared that the Sarmats will be deployed by the end of the year.

So far, the rocket has only finished one successful launch in April.

But Rogozin has insisted that another planned test is "on schedule" and work is underway to complete the first 50 units.

“We proceed from the fact that by the end of the year we will have to put on combat duty the first regiment in Uzhur, Krasnoyarsk Territory.”