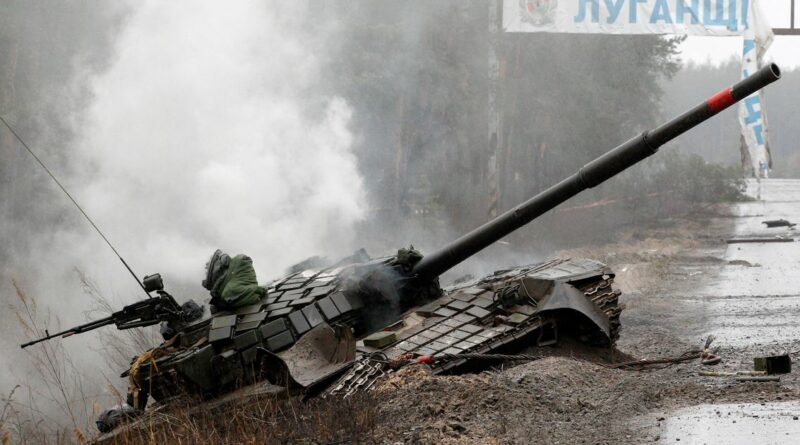 The commander of a Russian armoured regiment killed himself after he realised that virtually all of his unit’s tanks were unusable because parts had been stolen, the Ukrainian defence ministry has claimed.

The as-yet unconfirmed report from Kyiv's Ministry of Defence said that the un-named commander of Russia’s 13th tank regiment – part of the “4th tank division of the Russian Federation” shot himself after finding out that as many as 90% of the tanks in his regiment’s strategic reserve had been completely stripped and weren’t serviceable.

Bill Browder, a business who was for many years the largest foreign portfolio investor in Russia, says that financial corruption has crippled the Russian army.

“My estimate,” Browder told the Wall Street Journal, “is that 80% of the military budget is stolen by Russia’s generals, because 80% of all budgets in Russia are stolen by the officials in charge.”

Because their wages are skimmed by their superiors, the rank and file troops are reduced to selling the fuel from their tans on the black market to supplement their income.

Ukraine’s Ministry of Defence said in a Telegram bulletin that that some of the tanks’ vital electronic equipment, which contains gold and other precious metals, had been stripped.

Because of its massive losses, Ukraine claims, Russia is “is trying to put into operation a significant amount of equipment coming from long-term storage facilities,” and “the condition of this equipment is mostly extremely unsatisfactory, which makes its full use impossible”.

Ukraine claims that Russia’s plans to transfer equipment from storage facilities to the combat area have collapsed because so much of the kit has been stripped and sold by servicemen.

The corruption comes from the top, says Browder, with Russian leader Vladimir having a personal fortune “north of $200 billion” hidden away in secret bank accounts – often in the names of his oligarch cronies. That figure would put the Russian leader's net worth close to that of the official richest man in the world, Elon Musk.

But, he adds, Putin’s incredible wealth could be taken from him if he were to be deposed by a Kremlin rival.

“The moment he’s not in power, he explains, “none of these handshake deals with the oligarchs will be respected.”

It’s because of Putin’s need to be seen as a strongman within Russia that the invasion of Ukraine was triggered, says Border: “Putin believed he needed a good war. And so the fundamental motivation for invading Ukraine was about staying in power.”