Russian special forces today staged a special operation to detain a former traffic cop who leads a sect in Siberia claiming he is Jesus Christ.

Sergei Torop – known as Vissarion – and his closest aide Vadim Redkin, a former rock musician, were reportedly detained and flown away under armed guard.

Wispy-haired Torop, 59, is a former Red Army conscript and traffic policeman who claimed he was reborn in 1990 as the literal reincarnation of the son of God. 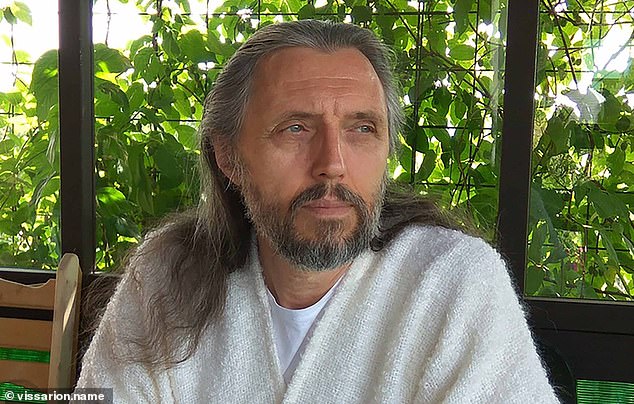 Sergei Torop (pictured), a cult leader known as Vissarion who claims to be the reincarnation of Jesus Christ, was detained in Siberia today 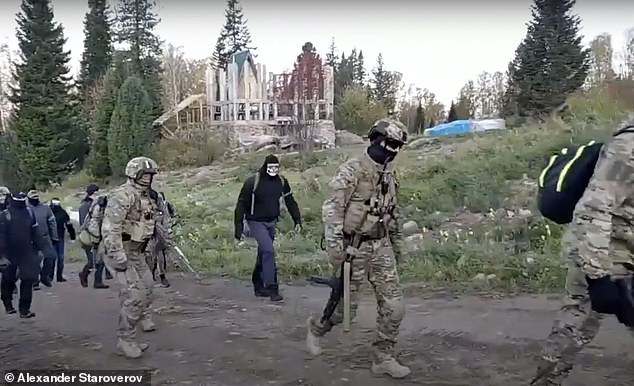 The operation appeared to involve the Russian National Guard, a force under the command of Vladimir Putin, but also involved the FSB security service.

The Russian Investigative Committee said the sect was being probed for using ‘psychological violence’ causing some followers ‘serious harm to their health’.

Sergey Torop and two other sect leaders Vadim Redkin and Vladimir Vedernikov were detained in the raid, said a statement.

They are also being investigated on suspicion of ‘causing grievous bodily harm to two or more persons.’

Footage showed masked special forces with combat machine guns at the group’s territory the in remote Kuraginsky district of Krasnoyarsk region in Siberia.

Other officers appeared to be in plain clothes.

Torop and Redkin ‘were put into helicopters and taken away in an unknown direction’, he said.

It was not immediately clear if other cult followers were detained. 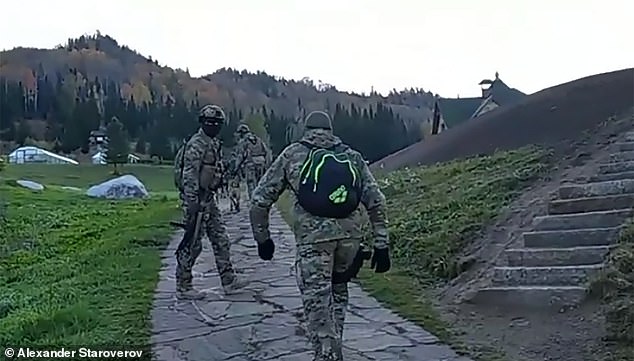 The operation appeared to involve the Russian National Guard, a force under the command of Vladimir Putin, but also involved the FSB security service 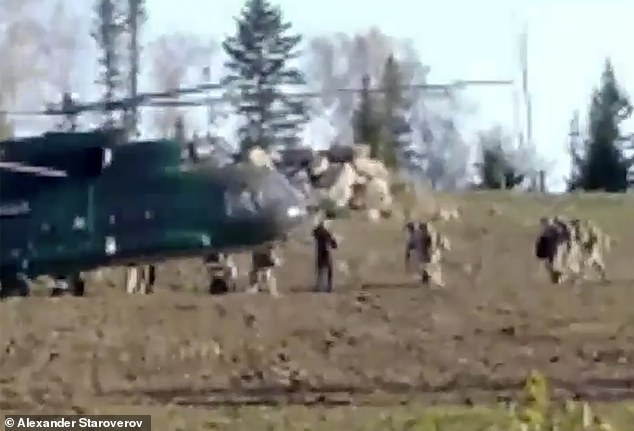 Torop and his closest aide Vadim Redkin, a former rock musician, were reportedly detained and flown away under armed guard

The group – who are banned from smoking and alcohol – has been in Siberia for years and it is unclear why the Russian authorities acted now in an early morning raid.

He claims to have 5,000 followers of whom several hundred live in wooden huts in the remote ‘Sun City’ camp at Petropavlovka, some 2,600 miles east of Moscow.

One estimate said there were 90 families at the site raided today by the authorities. Other followers of the ‘messiah’ live in villages nearby.

He heads what is known as the Church of the Last Testament, and he has written a ten volume ‘sequel to the Bible’.

Three years ago the cult leader told the BBC: ‘We have a school of noble maidens here.

‘She has to understand not to rise above the man, not to be proud of her independence but to be shy, inconspicuous and weak.’ 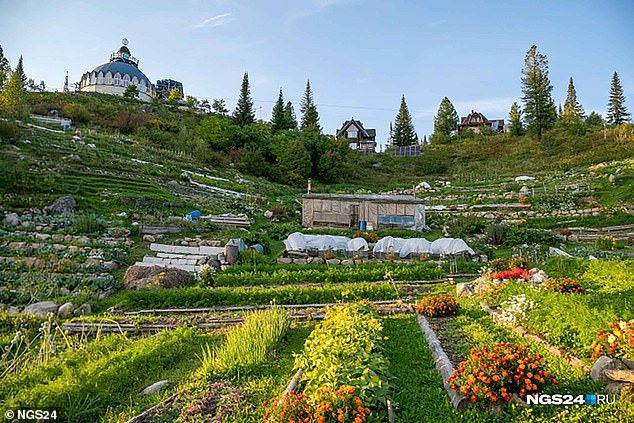 Torop claims to have 5,000 followers of whom several hundred live in wooden huts in the remote ‘Sun City’ camp at Petropavlovka, some 2,600 miles east of Moscow

Vissarion is reported to have two wives with six children, having at one stage married a 19 year old who had lived with him since the age of seven.

He lives in a comfortable chalet while his followers reside in wooden huts in one of Russia’s coldest regions with temperatures sinking to minus 50C in winter.

Torop had an awakening after he was fired as a night shift traffic cop in the Siberian town of Minusinsk, he has claimed.

God had sent him to Earth to teach mankind about the evils of war and the havoc we were wreaking on the environment, he claimed.

The cult leader abolished Christmas, replacing it with the anniversary of the date of his own first sermon, August 18.

He claims that Mary, mother of Jesus, is his own mother. Official records show his biological mother was called Nadyezhda.

He has followers in Germany and several other European countries.