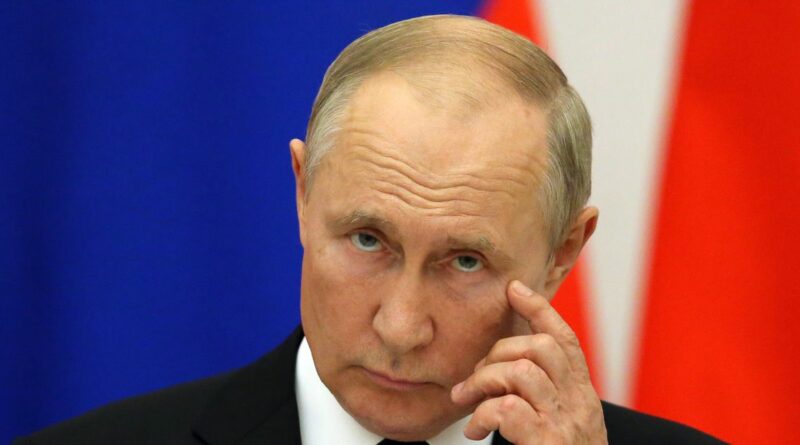 Officials have warned that Russian ally Belarus may be joining the country's attack on Ukraine and is preparing to allow Putin to place nuclear weapons on Belarusian soil.

Alexander Lukashenko, Belarusian president, has already allowed Russia to use its country to launch attacks on Ukraine but has so far not directly ordered troops to join in the conflict.

The NATO intelligence official told NBC: “The Belarusian government is preparing the environment to justify a Belarusian offensive against Ukraine and the imminent deployment of Russian nuclear weapons in Belarus.

"I’m not telling you they’re going to put nukes in there tomorrow. What I mean is they’ve taken steps politically to now be able to receive nuclear weapons if such a decision is made.”

“If we’re not in a stalemate, we are rapidly approaching one,” added the NATO official

“The reality is that neither side has a superiority over the other.”

The official, who remained anonymous due to the discussion of sensitive topics, said that although president Putin had made no significant progress over the past two weeks, he appeared unwilling to admit failure.

“So what happens when you have these two forces then grinding on each other in this way? The loss of life and the damage is going to be quite severe,” the NATO official said.

In other news, a leaked figure of the amount of dead Russian soldiers is far higher than the official Kremlin figures, a new report has revealed.

Russian tabloid Komsomolskaya Pravda said that according to the Russian ministry of defence numbers, nearly 10,000 of Putin's troops have reportedly been killed since the war with Ukraine began on February 24.

The leaked statistics state that 9,861 soldiers have died, which is much larger than the most recent recorded numbers which were in the hundreds.

"Komsomolskaya Pravda, the pro-Kremlin tabloid, says that according to Russian ministry of defence numbers, 9,861 Russian soldiers died in Ukraine and 16,153 were injured," he wrote.

"The last official Russian KIA figure, on March 2, was 498. Fascinating that someone posted the leaked number."