Russian companies are selling sick joke ‘Novichok’ products despite outrage at the death of a British mother exposed to the nerve agent.

The latest item is a £22 T-shirt made by Moscow company Spare Skin, which promises buyers they can expect ‘the love of beautiful women’, ‘brutality in the eye’ and an ‘exclusive and cool T-shirt’.

The company said: ‘When we posted the design of the Novichok on Behance (social network for designers), we got a huge number of negative reactions. But at what speed are these T-shirts selling now.’

Novichok – the name of a lethal and illegal chemical weapon designed in Soviet times – is also being used as the name of a craft beer, a vodka, a brand of coffee, a cocktail in Volgograd, and vegetable oil. 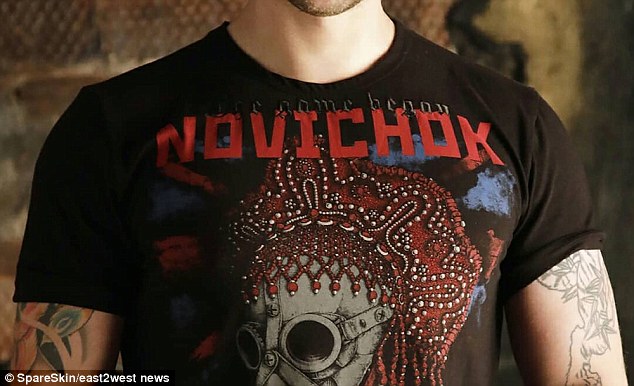 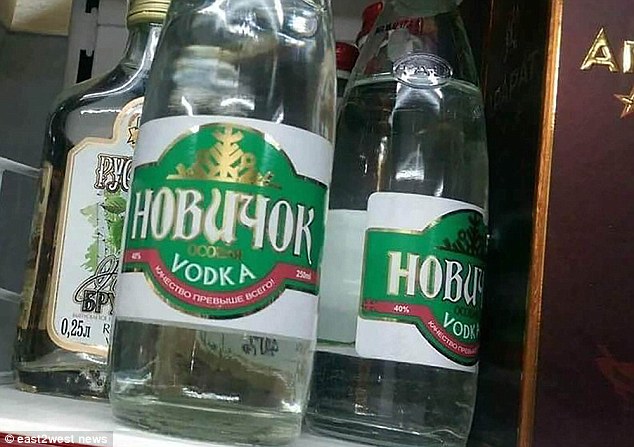 The use of the name comes as Russian politicians are openly claiming Britain deliberately poisoned Dawn Sturgess, 44, who has died, and her partner Charlie Rowley, 45, who is fighting for his life. Brands include Novichok beer from Alaska Brewery, Moscow, where drinkers are promised ‘a nerve-paralytic nirvana’.

Coffee Novichok is on the market in Russia, sold by the company Berserker Arms, which usually markets foreign military equipment. Its marketing reads: ‘Since you liked THE Novichok so much, we decided to make a Salisbury edition.’

While, cooking oil branded under the Novichock name has been on sale in Ulyanovsk – birthplace of Vladimir Lenin.

In Volgograd, a ‘Novichok’ cocktail at Gryadushka bar mocks the nerve agent attacks in Salisbury, Wiltshire. 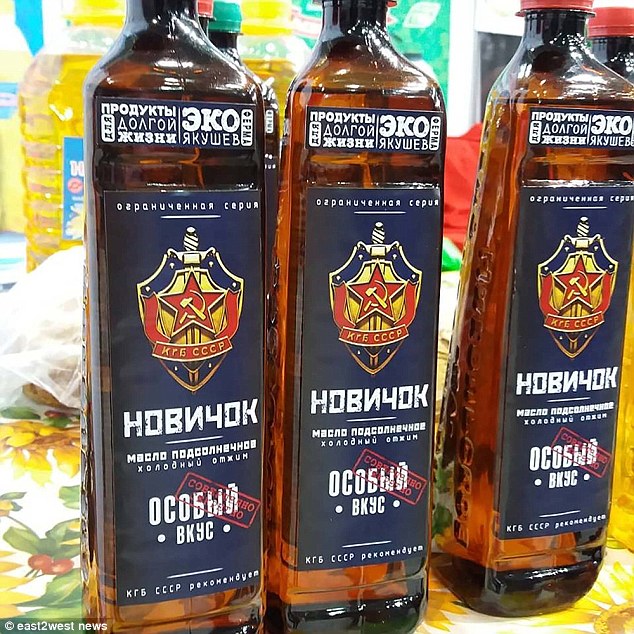