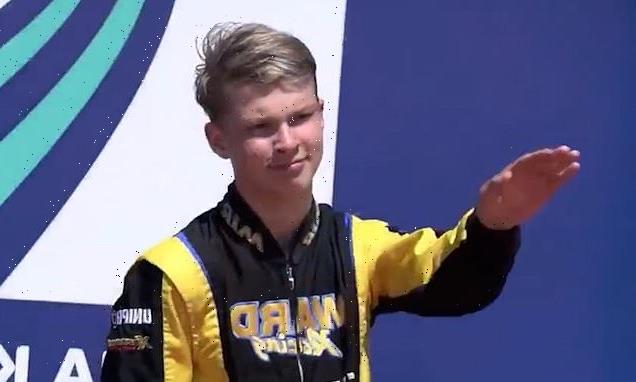 A Russian junior karting champion appeared to perform a Nazi salute on the podium yesterday before falling into a fit of laughter.

Artem Severiukhin, 15, won first place in the 11-15 bracket at the FIA Karting World Championships in the Algarve, Portugal.

He then beats his chest twice and raises an open palm into the air while giggling. 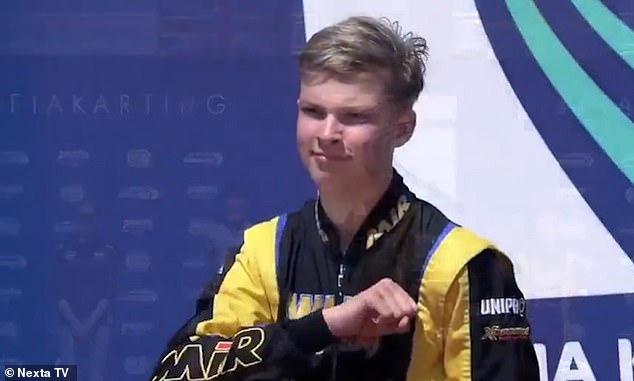 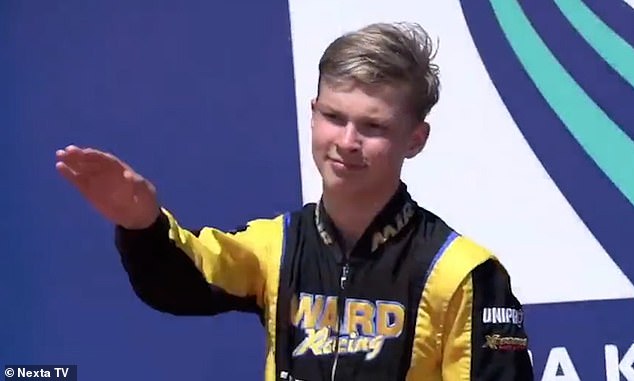 Severiukhin could have been performing the fascist Roman salute of Italy as he was competing under the Italy flag.

During the medal ceremony in Portimão, the Italian national anthem was also playing.

Yet in Italy the far-right gesture is also frowned upon – and has been illegal to perform in public since 1952.

Under the post-war ‘Scelba Law’, all forms of ‘Nazi apologism’ were outlawed.

The Kremlin has justified its war in Ukraine as a ‘de-Nazification’ effort.

Vladimir Putin said he invaded Ukraine to ‘protect people subjected to bullying and genocide’ by the ‘neo-Nazi regime’ of president Zelensky.

Moscow’s absurd claim comes despite the fact that Zelensky is Jewish. Prime minister Denis Shmyhal is also thought to have Jewish heritage. 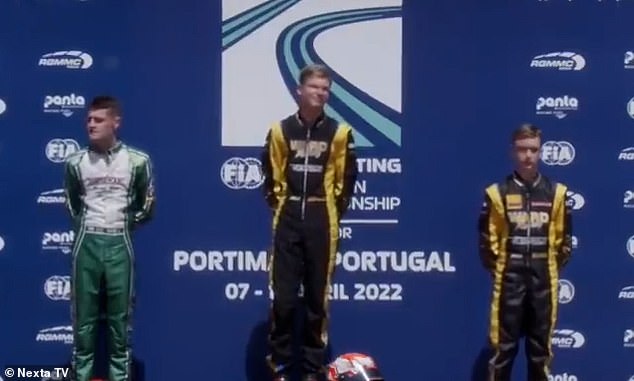 After the footage went viral on Twitter and Reddit, furious users pointed out the callousness of Severiukhin’s gesture.

The news follows a Russian gymnast showing off the pro-Putin ‘Z’ logo at the gymnastics world championships last month. 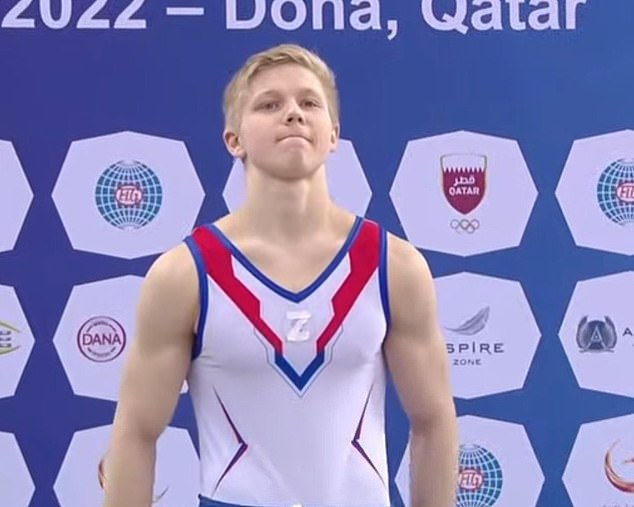 Ivan Kuliak, 20, puffed his chest and showed off the ‘Z’ symbol next to his Ukrainian rival

Gymnast Ivan Kuliak, 20, puffed out his chest as he displayed the pro-war symbol beside his Ukrainian competitor Illia Kovtun.

The act drew condemnation from the International Gymnastics Federation, which said it would look into the ‘shocking behaviour’.

Karting championship organisers the FIA has not yet responded to Severiukhin’s fascist salute.