Russian media has slammed the royal wedding as ‘propaganda’ being force-fed to the ‘great unwashed’ after refusing to broadcast the event.

More than two billion people around the world tuned in to watch Prince Harry wed Meghan Markle on Saturday.

But the event was not watched in Russia after Channel One and Russia 24 refused to air it, and on Monday state-owned outlet RT attacked others for their coverage. 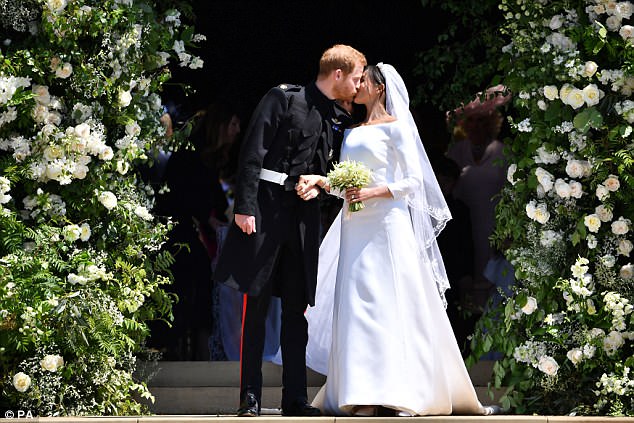 Russian state-owned media outlet RT has attacked worldwide media outlets for their ‘saturation’ coverage of the royal wedding, describing it as ‘propaganda’

An RT article read: ‘The saturation coverage unleashed a flood of agitation from the great unwashed, who took to Twitter to vent their frustration at the fact that they were being force-fed a celebration of the petrified leftovers of a bloody empire with a disgraceful history.’

Russian media agreed to broadcast the wedding of Prince William and Kate Middleton back in 2011.

RT has previously been accused of acting as a propaganda tool for Vladimir Putin by sowing discord and misinformation in the countries where it operates.

The channel is facing 11 investigations by Britain’s media regulator over concerns about a lack of impartiality over its coverage of the Sergei Skripal poisoning.

Skripal, an MI5 double-agent, fell ill in Salisbury back in March after what Britain claims was a nerve agent attack at his home. 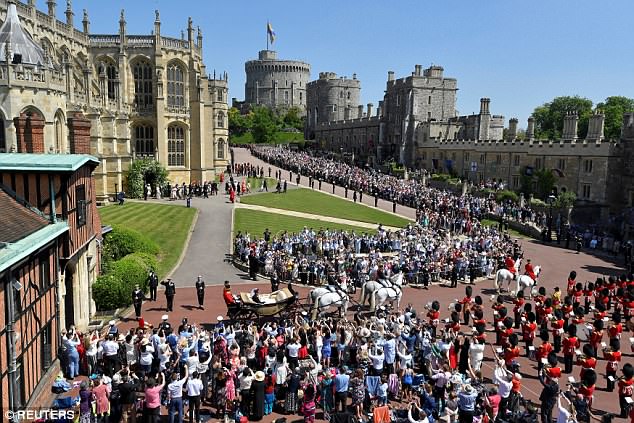 He was found slumped on a park bench alongside daughter Yulia after the UK says he was poisoned with Novichok smeared on his front door.

Russia vehemently denies poisoning Skripal and has even suggested Britain carried out the attack as a ‘false flag’ operation.

The incident has caused a diplomatic rift between Russia and the UK which is believed to have motivated Moscow to ban footage of the royal wedding.

Britain was joined by allies Germany, France and the US in strongly condemning Russia in the wake of the attack.

Relations remain frosty even as the English football squad prepared to travel to Russia to compete in the 2018 World Cup.