Purrfect harmony! Clever guitarist performs a ‘jazz’ duet with cat playing around on a keyboard

This is the heartwarming moment a Russian musician plays a duet with his piano-playing cat Barney.

The video, which has been shared widely on TikTok features Marsel Gilmanov and his ginger cat.

The footage begins with the cat using its front paws to press the keys of the piano. Later Mr Gilmanov joins in with his guitar. 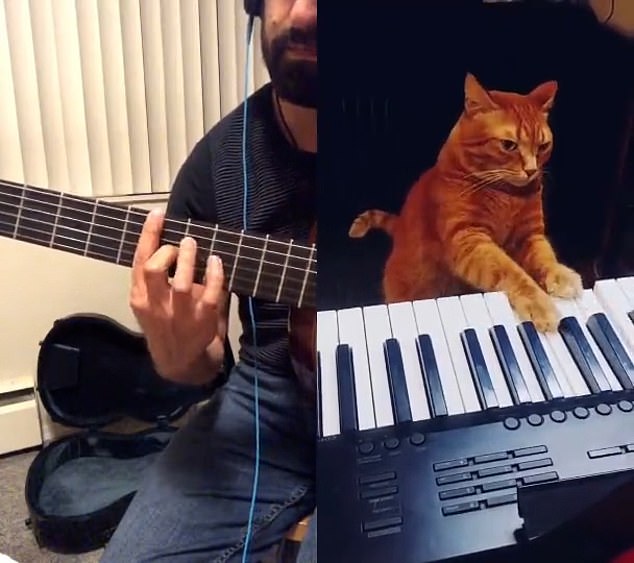 Marcel Gilmanov from Moscow, Russia, left, uploaded footage of himself and his cat Barney playing and unusual duet on the guitar and electric keyboard 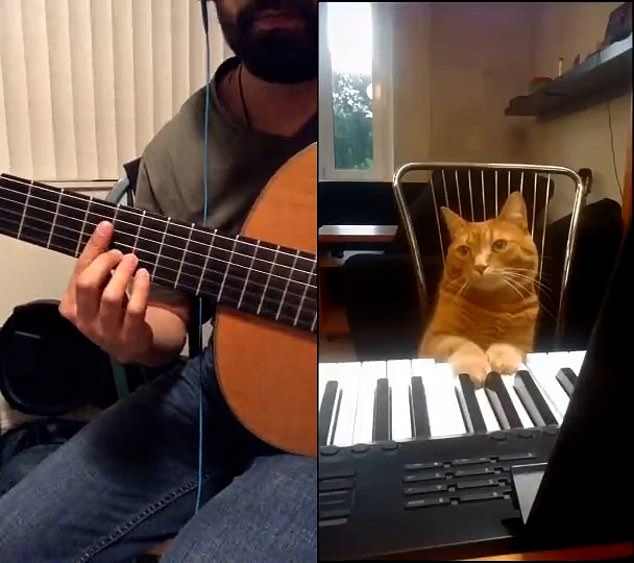 Barney the cat, who was sitting on a chair, seemed happy to press the keys to play random notes while Mr Gilmanov strummed his guitar in the background 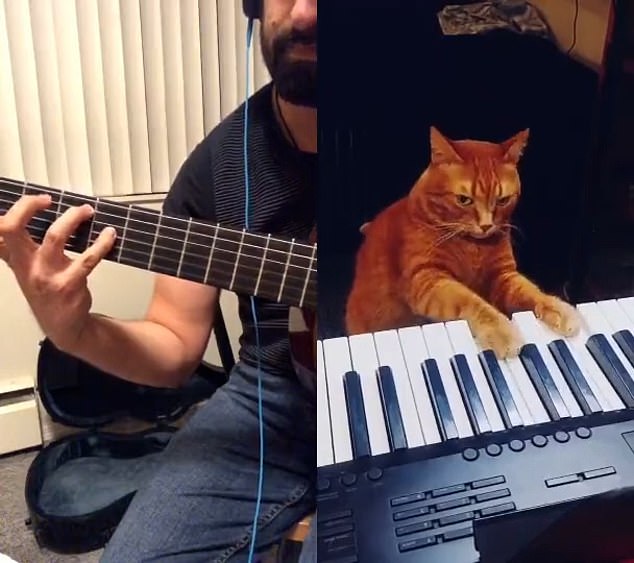 The pair, from Moscow, Russia, play what may be a popular Russian folk song, though unsurprisingly the cat is unable to keep the tune.

According to the cat’s profile on his webpage, which seemingly compares him to a character on Game of Thrones: ‘Meow! My name is Sir Barney of the House of Kotariens, Free-Born, Valar Murmulis, Valar Koshairis, Called Meow-Meow the First, Lord of 7 Trays, Liberator of Cats and Son of the Dragon.

‘In short, Barney. I am the cat of the creator of the Joy Donat platform.

‘I’m arrogant and cocky, so just sign up for my fans and don’t ask any questions!’

Almost 300,000 people have shared the video. Other videos featuring solo performances of the cat have garnered more than one million views.

One social media user asked whether the ginger cat was Ed Sheeran.

Another suggested Barney deserved ‘a round of a paws’.

David Carrera was so enamoured by the short clip that he now wants to buy a cat.

Troy Burtwell is convinced ‘this video is what the internet was made for’.

Another person described him a ‘jazz musician’ who can hit a blue note.

Mimi Goodcat, which might not be the person’s real name, suggested Barney should concentrate on the black keys if he wished not to seem so ‘dissonant’.