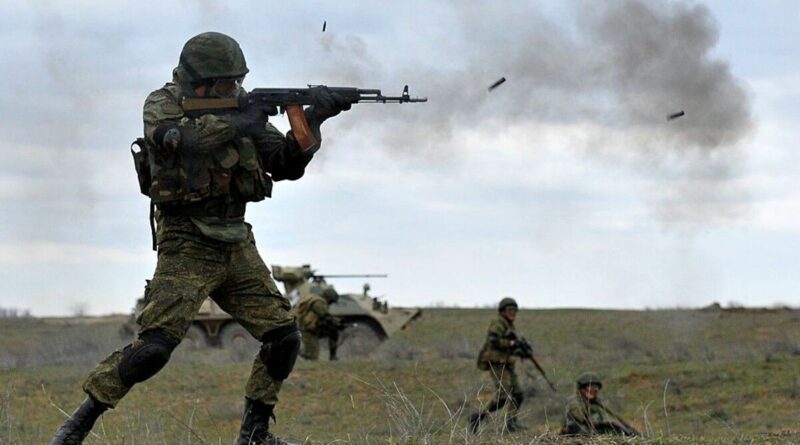 Their ability to resist is being hampered by “poor morale” due to unpaid wages and a lack of basic equipment and food. Ukraine’s commanders launched their southern counteroffensive last Monday, as they sought to retake territory lost in the early days of the war. Kyiv’s army has secured some major breakthroughs in the first week of its offensive.

Initially, they were able to to breach Russian defences in several areas in the Kherson direction.

Over the weekend, Ukraine’s army maintained its forward momentum, securing passage across the Inhulets River and liberating a number of towns and villages from Russian occupation.

Military experts believe that Kyiv is looking to isolate and destroy Russian units situated north of Kherson between the Inhulets and Dnipro rivers.

Glen Grant, an analyst working for the Baltic Security Foundation, told Express.co.uk that the Russian soldiers were in a desperate plight, as they find themselves cut off from supplies.

He added that Putin’s army continued to be plagued by plummeting morale, which was hampering their ability to resist.

Mr Grant explained: “The Russians are fighting for survival with their backs to the river and the bridges already badly damaged and impassable for vehicles – so supplies have to come by pontoon bridges acting as boats. 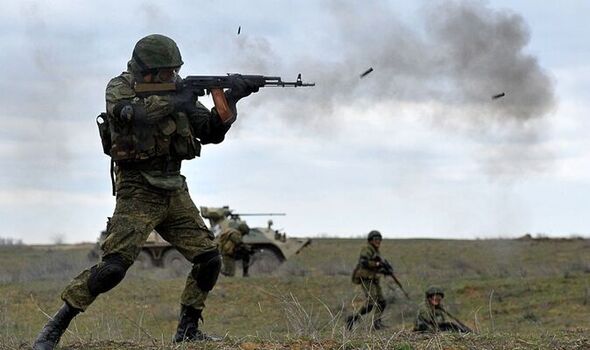 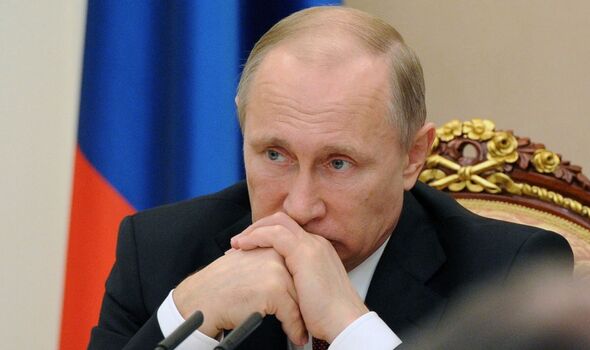 “The Ukrainians are trying to damage these as well.

“The Russian morale is poor as they have a shortage of food, equipment and in many cases they have not been properly paid.”

He said Ukraine’s army had “definitely” made progress and noted satellite photos suggested that fighting was already taking place in southern Kherson.

However, he warned that Ukraine’s commanders faced many challenges in their bid to retake the province and port city and that victory was by no means certain. 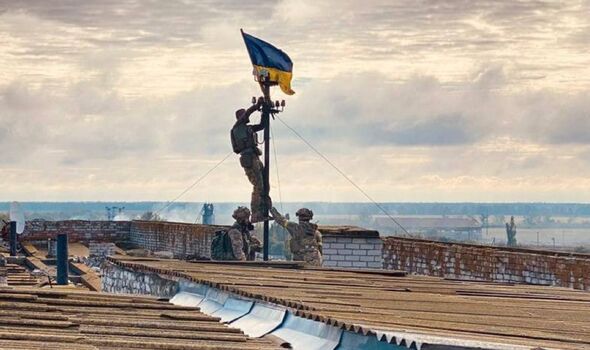 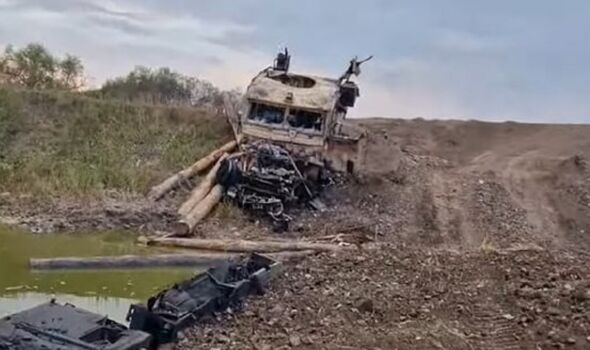 He said: “The terrain in places is tortuous as there are many concrete lined drainage ditches up to 20m wide and 4-8m deep.

“They are spaced often a kilometre apart. The Russians have mined the ground in-between.

“This creates an infantry only battle as vehicles cannot pass the ditches properly, but it needs strong forward leadership to keep the momentum, so expect high casualties amongst battalion and company commanders.”

He concluded: “There is no way of knowing how this will turn out but the Ukrainians know they are on borrowed time with bad weather coming in the next few weeks.

“It is already cold at night and coats are needed.” 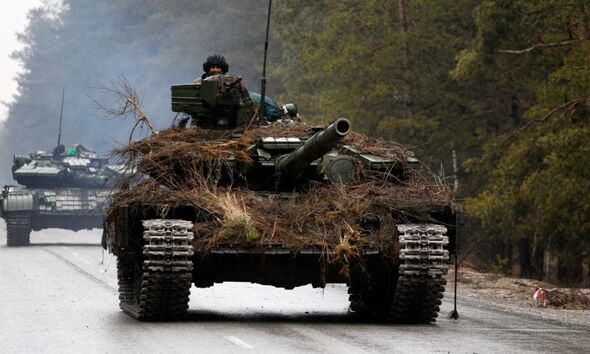 Mr Grant’s warning about high casualties was echoed by a senior adviser to President Zelensky.

Oleksiy Arestovich told Ukrainians they must steel themselves for a “very difficult and bloody” campaign.

He said: “We will, of course, return all our territories, but society must prepare for the fact that it will be long, very difficult and bloody.

“Because the attacking party always suffers more losses than the defending party.

“In some sense, victory in the war may turn out to be more difficult than the beginning.”