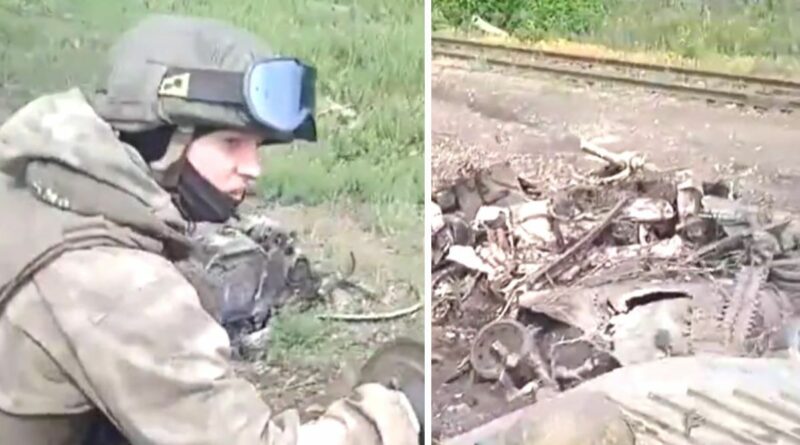 Russian soldiers were exposed to the devastation wrought by Ukrainian forces as footage showed at least 3 BMD Infantry Fighting Vehicles and two armoured personnel carriers of the Russian VDV airborne troops strewn near the dirt track on which the troops were driving near Berestove in Donetsk. One soldier looks terrified as he witnesses the abandoned equipment, while others cling onto the tank and look despondently at the Russian ruins.

At least five troops can be seen either sitting on or inside the tank as they drive on the dirt track.

They round a number of corners, each one revealing another abandoned Russian vehicle.

The equipment has been reduced to rubble, scattered across the floor, and abandoned by fleeing Russian forces.

The sight serves as a terrifying reminder to the attackers that Ukraine holds a formidable army more than capable of repelling the Russian forces. 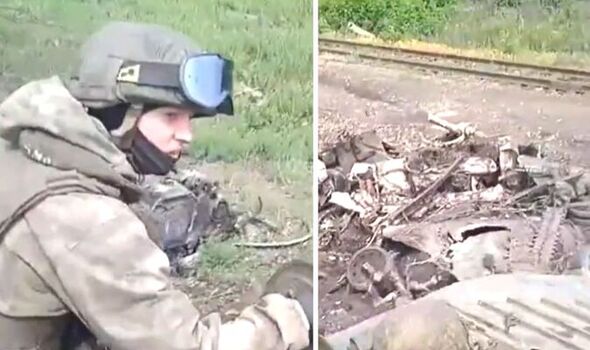 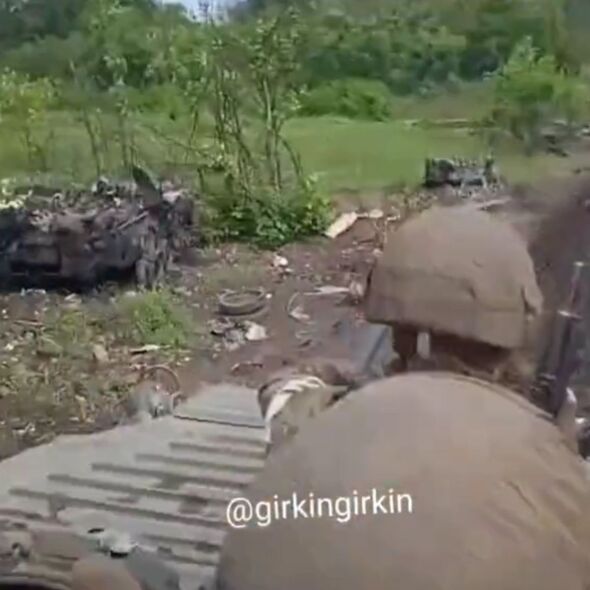 On Thursday, Russia’s foreign ministry attacked the United States and Britain for helping train Ukraine’s armed forces, calling it part of “hybrid warfare” being waged by NATO countries against Russia.

Though a line often parroted by Russian President Vladimir Putin’s various aides and kronies, it suggests a degree of panic among the Russian elite as well as their soldiers.

She noted the rockets, which have a longer range and are more precise than other artillery weapons, were being used “widely” by Ukrainian forces. 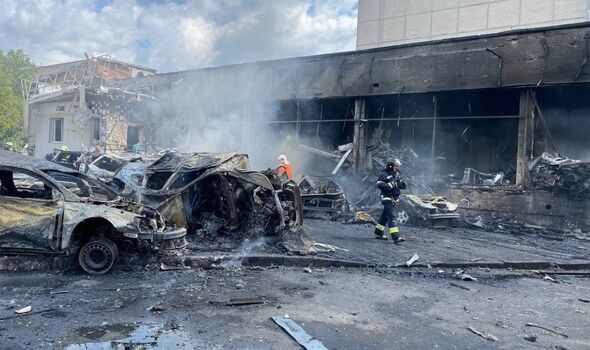 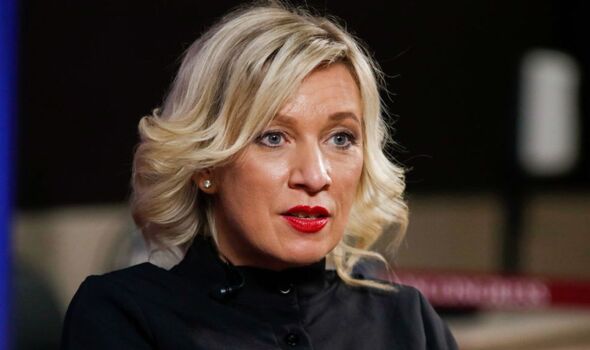 She added Washington had “secretly sent instructors” to Ukraine to help its forces learn how to use and aim the new weapons, resulting in civilian targets in Russian-controlled areas being fired upon.

Both Russia and Ukraine have denied targeting civilians throughout the war.

The US said eight HIMARS systems would be operating in Ukraine by mid-July. Military analysts believe the new weapons could be a game-changer, and Kyiv says it has already used the rockets to destroy multiple Russian ammunition depots in eastern Ukraine. 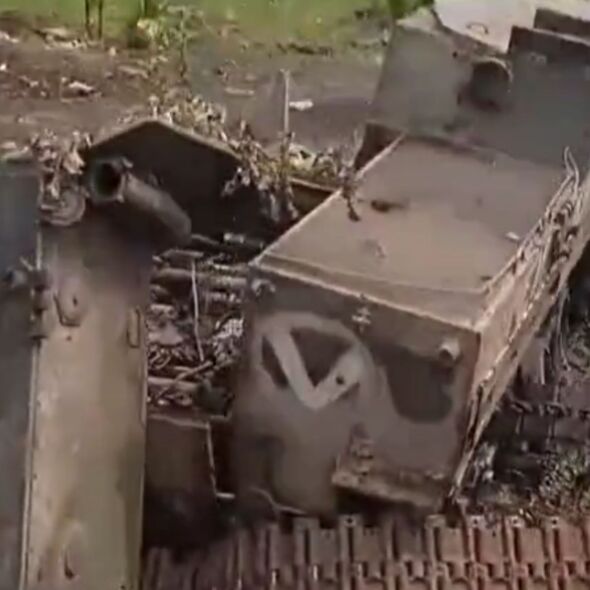 Zakharova also criticised Britain’s decision to bring hundreds of Ukrainian service personnel to the UK for weapons training. The new initiative from London to train up to 10,000 Ukrainian soldiers over the coming months was part of the West’s “hybrid war” against Moscow, she said.

Meanwhile, three Russian missiles slammed into the heart of the central Ukrainian city of Vinnytsia on Thursday, killing 12 people including a young child, and wounding 25, the State Emergency Service said.

Ukrainian President Volodymyr Zelensky wrote on the Telegram messaging app: “There are wounded and dead, among them a small child. What is this, if not an open act of terrorism?”