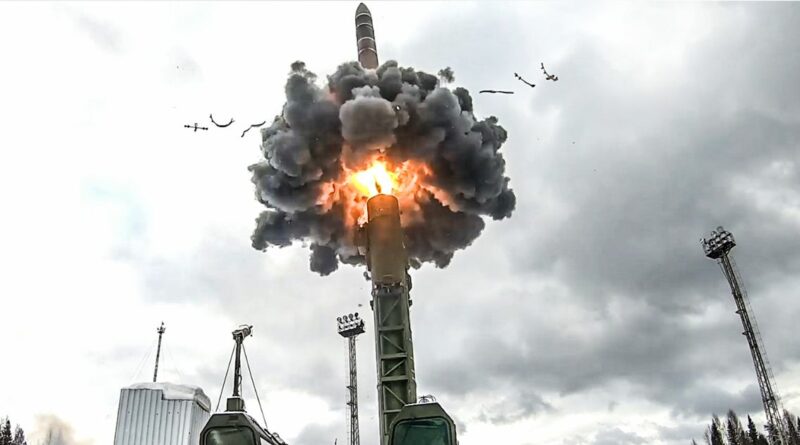 Russia appears to have a secret and forbidden region that is filled to the brim with bears, missiles and volcanoes.

Those that find themselves in the restricted area may be in for more than they bargained for, with despot Vladimir Putin's hefty supply of weapons said to be located there.

The Kamchatka Peninsula marks itself as a place not just filled with weapons of mass destruction but the highest density of brown bears and active volcanoes on Earth.

READ MORE: Eerie map shows how much of UK may be destroyed if Russia dropped nuclear bomb on London

As if the bears and volcanoes weren't bad enough, a series of missiles are also said to be littering the area, with an increasingly common sight being that of Russian weaponry. The bear, volcano and missile-clad region is closer to America than it is to Moscow, but it still provides a headache for Russians in the neighbouring area.

Kamchatka's Peninsula appears to be a testing ground and one of the most secretive of the Russian developments, with visitors requiring a special permit to enter the area.

Those hoping to tour the valleys and fields will need themselves a special permit to visit, but even then some places are strictly off-limits to those nearby.

Building for the Kura test site began back in 1955 and has been the testing ground of ballistic missiles for decades ever since.

Unfortunately, it appears the clinical military trials and ballistic missile tests is ruining an otherwise idyllic backdrop for Russia, with the Russian Aerospace Defence Forces keeping missile tests in check.

Iconic Kamchatka brown bears are still around, and are said to have populated the whole area before human interference rendered the population numbers a tad lower than usual.

Despite the decline in population, there are still plenty of the beasts, which can weigh up to 110 stone, around the region which is still the most densely populated brown bear patch of land on Earth. Kamchatka also features 300 unique volcanoes, including 29 active ones that could blow at any moment.

Similar to how it boasts the most bears in one location, so too do its impressive number of volcanoes which marks the area as the highest concentration of active volcanoes on Earth.

Each of the 29 active volcanoes are located just 110 miles from each other, and on January 11, 2013, four of the active volcanoes Shiveluch, Bezymianny, Tolbachik and Kizimen, all erupted at once, Daily Star reported.