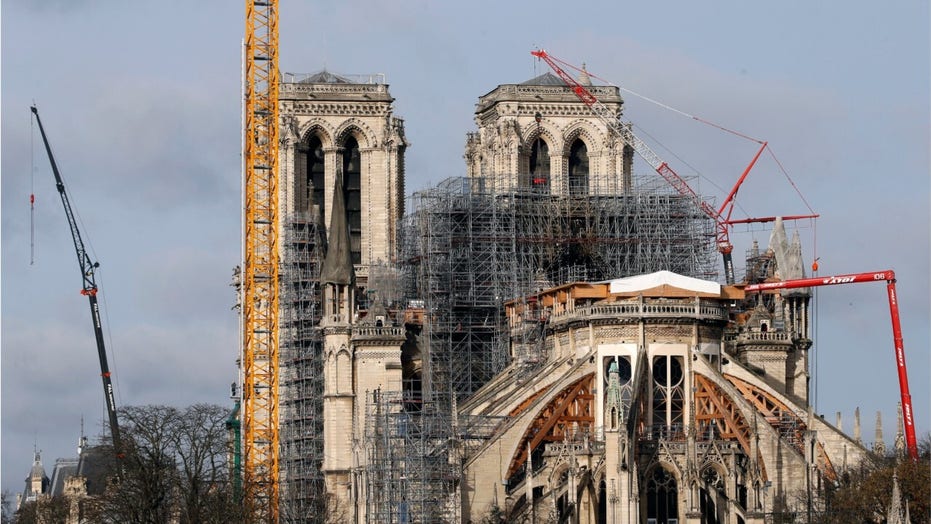 Notre-Dame: What to know about efforts to save the historic cathedral

One of the world’s most renowned Catholic cathedrals, Notre-Dame in Paris, suffered massive damage after a fire in April destroyed its roof and caused its spire to collapse. It is now estimated to cost anywhere from $1.13 billion to $2.3 billion to repair the landmark.

A Rwandan refugee and church volunteer admitted to setting three fires in an arson attack that badly damaged a 15th-century Gothic cathedral in western France earlier this month, his lawyer confirmed.

The July 18 blaze destroyed the organ, shattered stained-glass windows, and blackened the insides of the Cathedral of St. Peter and St. Paul of the western French city of Nantes.

Nantes prosecutor Pierre Sennes said the unidentified 39-year-old Rwandan asylum seeker was a volunteer at the cathedral and had been tasked with the job of locking up when he lit three fires:  two on cathedral organs and one on an electrical box.

Sennes said so far the suspect “has not elaborated in detail on his motivations." 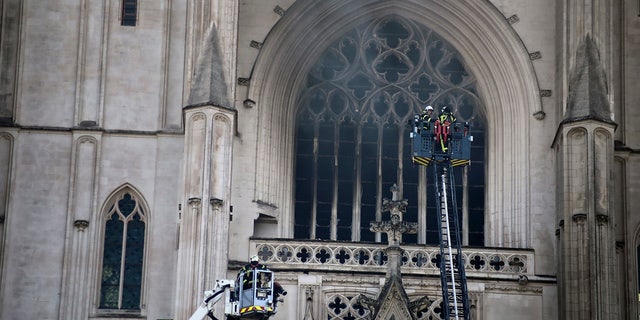 In this photo taken on July 18, 2020, a firefighter brigade works to extinguish the blaze at the Gothic St. Peter and St. Paul Cathedral, in Nantes, western France. (AP Photo/Romain Boulanger, File)

The man was taken into custody for questioning the day after the fire, but was released without charge, Al Jazeera reported. At the time, the cathedral’s rector told police "I trust him like I trust all the helpers."

The suspect was detained for a second time Saturday based on evidence gathered by police forensic experts and a 20-strong team of investigators who questioned more than 30 people, Sennes said in a statement. That’s when he reportedly admitted to the crime, the man’s attorney, Quentin Chabert, confirmed in a press conference on Sunday.

"My client is cooperating," Chabert said, according to France 24. “Obviously it was a relief for him to show, as he would say, his repentance. As a believer, it's important for him to show this effort." 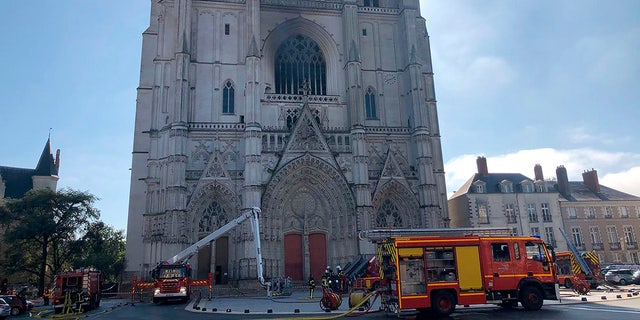 French authorities detained and charged a repentant church volunteer Sunday, July 26, 2020 after he told investigators that he was responsible for an arson attack that badly damaged a 15th-century Gothic cathedral. (AP Photo/Laetitia Notarianni, File)

The fire broke the main stained-glass windows between the cathedral's two towers and destroyed its main organ. Added in the 17th century, the organ was called the “soul of the cathedral” by the faithful and had survived the French Revolution and World War II bombardment. The organ also previously survived a serious fire in 1972, which annihilated much of its wooden structures.

The cathedral itself was built over five centuries and completed in 1891. The fire came just 15-months after another blaze devastated the Notre Dame Cathedral in Paris. It will take at least three years for the cathedral in Nantes to be fully restored, chief architect for France’s historical monuments, Pascal Prunet, told Reuters.