Home » World News » Ryanair worker, 47, dies at Lisbon Airport after being hit by a coach

Ryanair worker, 47, dies at Lisbon Airport after being hit by a coach in the terminal two car park while helping a colleague park it

A Ryanair worker has died after being run over at Lisbon Airport.

The 47-year-old was pronounced dead at the scene just after 1pm today local time.

Local reports said the dead man was helping a colleague park a coach when he was knocked over. 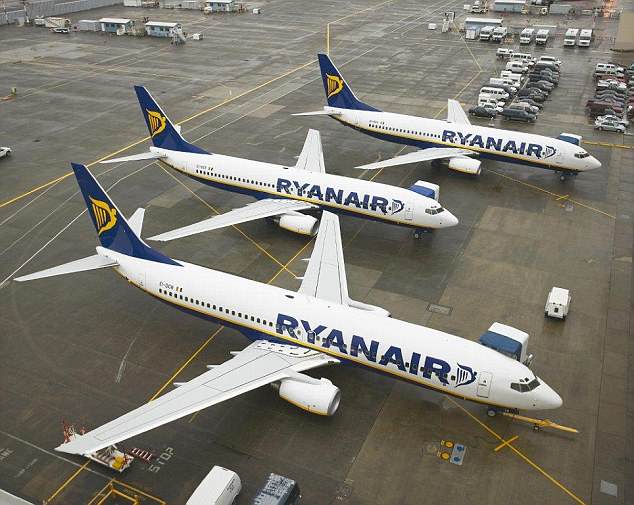 The 47-year-old was pronounced dead at the scene just after 1pm today local time. Pictured: A stock image showing Ryanair aircraft on a runway

He is believed to have been Portuguese.

Police sources confirmed the victim had died from his injuries at the scene.

The incident is said to have happened at the airport’s terminal two.

A spokesman for Ryanair confirmed the death this afternoon, saying the victim was an employee of its handling agent Groundlink.

The spokesman said in a statement: ‘This afternoon a Groundlink ramp agent suffered a fatal injury when parking an empty bus in a designated parking area at Lisbon Airport.

‘Ryanair, through its handling agent Groundlink, expressed its sincere condolences to the family and friends of this Groundlink employee.’

The spokesman said: ‘An accident happened at the airport which resulted in a person’s death that we sincerely regret.

‘The accident occurred in a technical area operated by Groundlink, Ryanair’s handling agent.

‘ANA offers its deepest condolences to the victim’s family and stands ready to cooperate with the relevant authorities.’