‘It was too dark and too wrong’: Sacha Baron Cohen reveals he cut a scene from Who Is America? in which hotel concierge agrees to help him cover up molesting an eight-year-old boy and find him another one for a ‘date’

Comedian Sacha Baron Cohen has revealed the segment that was ‘too dark’ for his series Who Is America?, in which a hotel concierge agreed to help him get a ‘date’ with a young boy.

Cohen was staying at a hotel in Las Vegas in character as Italian billionaire Gio Monaldo when he interviewed the concierge, the comedian told Deadline in an article published on Wednesday.

‘During the interview, I revealed that basically Gio has molested an eight-year-old boy,’ Cohen said.

‘Now, mind you, this is extreme comedy and we thought that the guy would leave the room. Instead, this concierge stays in the room and I go, listen, you’ve got to help me get rid of the problem,’ he continued. 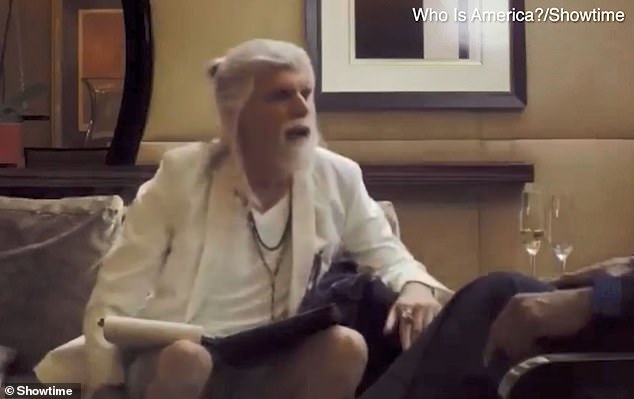 Cohen claims that the concierge began ‘advising Gio how to get rid of this issue’ of the molested boy.

‘We even at one point talk about murdering the boy, and the concierge is just saying, ‘well, listen, I’m really sorry. In this country, we can’t just drown the boy. This is America we don’t do that,” Cohen said.

‘And then, in the end, he puts me in touch with a lawyer who can silence the boy,’ he said.

‘And then at the end of the interview I say, listen, I want to go out and celebrate now. Can you get me a date for tonight? He says, ‘what do you mean, a date?’

‘I go, you know, like a young man. He says, ‘well, what kind of age?’ I say, lower than Bar Mitzvah but older than eight. And he says, ‘yeah, I can put you in touch with somebody who can get you some boys like that.”

Cohen said that he feared he had stumbled onto some kind of pedophile ring, because the concierge said he’d ‘worked for politicians and various billionaires.’ 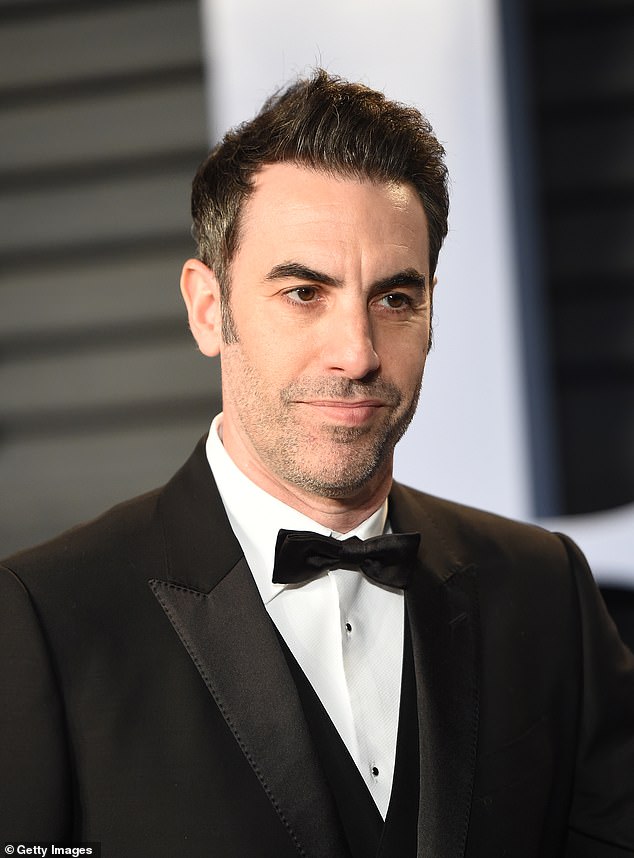 Cohen (above) said that he feared he had stumbled onto some kind of pedophile ring, because the concierge said he’d ‘worked for politicians and various billionaires’

The comedian said he immediately turned over the footage to the FBI, but that the agency decided not to pursue the case.

In the end, the scene was cut from the Showtime series.

‘It was too dark and wrong. In a journalistic way it was fascinating, but it was so extreme and so dark that it was too unsettling for the audience,’ Cohen said.

The Gio Monaldo did appear in the series however, in an interview with OJ Simpson that aired in the finale.

Who Is America? premiered in June and ran for seven episodes. Cohen said that the show will not return for another season, because it would be too hard to trick people again using his characters.

Another scene that was famously cut from the series was his interview with former vice presidential candidate Sarah Palin.

Cohen explained to Deadline that the Palin segment simply wasn’t funny when he reviewed the footage.