‘I am not saying you are a sex offender at all’: Cringe-worthy moment Sacha Baron Cohen uses a ‘pedophile-detecting’ wand on a FURIOUS Roy Moore for the latest controversial episode of Who is America?

Sacha Baron Cohen is at it again in the latest episode ‘Who is America?’ – this time  attempting to scientifically ‘prove’ former Alabama Senate candidate Roy Moore is a pedophile.

Under the guise of Israeli ex-Mossad agent, Baron Cohen holds a sit down interview with Moore, showing the former judge what he says is new Israeli technology that accurately detects sex offenders – ‘especially pedophiles’.

Moore, who lost the seat for the Alabama state senate earlier this year after being accused of sexual misconduct with a 14-year-old, becomes visibly uncomfortable, squirming in his seat as Baron Cohen begins to use the tool.

In the faux interview, Baron Cohen waves the metal detector-looking wand over Moore, which then goes off to signal a pedophile. 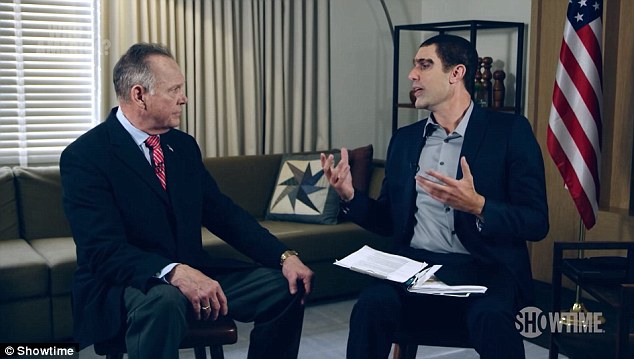 Under the guise of an Israeli ex-Mossad agent, Sacha Baron Cohen sits down for an interview with Alabama Senate candidate Roy Moore to scientifically ‘prove’ he is a sex offender 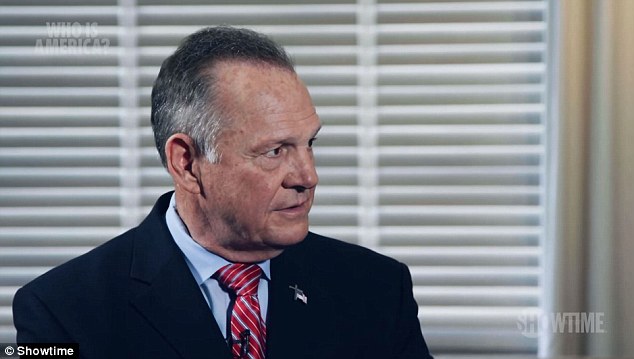 Baron Cohen, dressed as Israeli ex-Mossad agent Col. Erran Morad, begins the interview saying: ‘In Alabama, people have always been free, whatever their religion or race or sexuality.’

Moore then replies: ‘It’s part of our heritage.’

Before pulling out the tool, Baron Cohen gives a detailed explanation about how this new Israeli technology is used to detect terrorists.

He explains that it can also identify perverts.

‘It turns out that sex offenders and particularly pedophiles secrete an enzyme,’ he explains to a tense Moore.

‘So the phrase ”sweating like a rapist” is actually based on science,’ Baron Cohen says.

He says it won’t make any noise when waved in front of their bodies ‘because neither of us are sex offenders.’

The tool begins beeping as it’s waved over Moore, creating an awkward moment as Baron Cohen says: ‘It must be faulty’ and ‘It’s malfunctioning.’

As it continues to go off over Moore, the actor asks: ‘Is this your jacket? Did you lend the jacket to somebody else?’

Moore then gets defensive saying: ‘I’ve been married for 33 years and never had an accusation of such things.’

‘I support Israel, I don’t support this kind of stuff,’ Moore says as he stands and walks out of the interview. 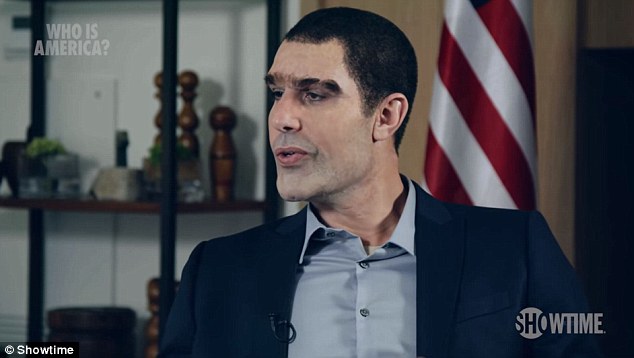 When the actor waves the device over Moore it beeps, signifying a sex offender and prompting Moore to walk out of the interview

The first three episodes of the Showtime series have only targeted Republicans, exposing a congressman as willing to give guns to toddlers and forcing Georgia Republican Jason Spencer to resign after being ‘duped’ into dropping his pants and using the n-word. 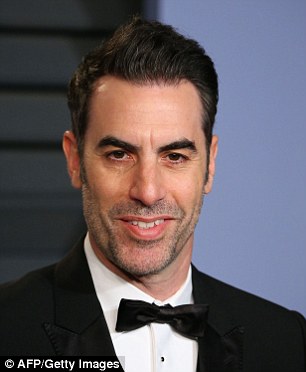 Sacha Baron Cohen’s third episode of ‘Who is America?’ is continuing to stir up controversy

He caused even more controversy after tricking residents of Kingman, Arizona, into believing investors wanted to build a mosque in their community – which led to very racist comments from the townspeople.

After vice presidential candidate Sarah Palin came forward earlier this month to explain how she was also tricked into filming for the show, Roy Moore released a statement.

‘I am involved in several court cases presently to defend my honor and character against vicious false political attacks by liberals like Cohen. If Showtime airs a defamatory attack on my character, I may very well be involved in another,’ Moore said.

‘As for Mr. Cohen, whose art is trickery, deception, and dishonesty, Alabama does not respect cowards who exhibit such traits!’ he added. ‘It’s been a long time since I fought for my country in Vietnam. I’m ready to defend her again!’