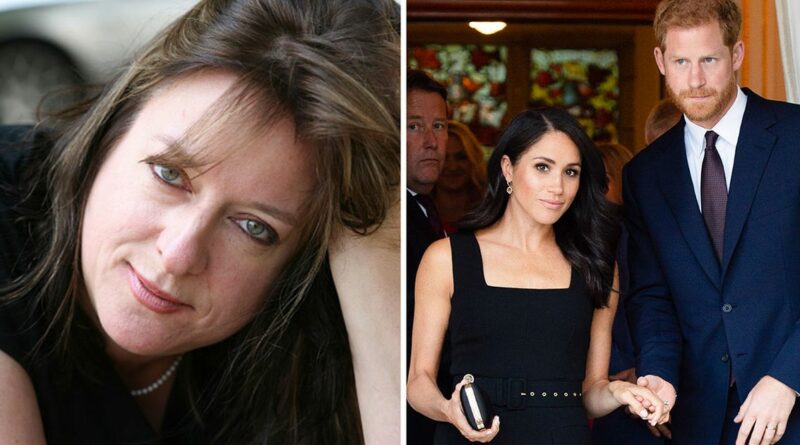 A columnist who was sacked after she mocked the name of Meghan and Harry's daughter Lilibet in a "racist" tweet about George Floyd has responded to the backlash.

Julie Burchill announced on Facebook last week that she had been let go from her position at the Telegraph hours after posting a widely denounced tweet about the choice of the new arrival's name.

"What a missed opportunity," she said in response to the announcement of Lilibet Diana's birth.

"They could have called it Georgina Floydina!"

The Brighton-based writer was met with backlash on social media, where her tweet was described as “disgusting racism” and “despicable” by other users.

Now Burchill, 61, has taken to the Daily Mail with an opinion piece about the "snowflake sociopaths" who "cancelled" her online, as well as some choice words for the Sussexes who she accuses of "sanctimonious virtue-signalling".

In the essay, the writer offered some defence to her comments about the baby, who is named after the Queen and Princess Diana, while also admitting to jokes about the couple's other child Archie.

She wrote: "Ten days ago, having read that the Sussexes (in the latest foray of what I coined 'The Grabdication') had named their baby after someone to whom they have brought nothing but grief this year and that they apparently bought the website lilibetdiana.com two days before the news was made public, I called them out on their sanctimonious virtue-signalling with a pithy tweet: 'What a missed opportunity — they could have called it Georgina Floydina.'

"What Woker wouldn't choose to name their child after a martyr to systemic racism rather than after a woman who heads a racist organisation intent on inflicting genetic damage on its hapless members?

"When an amusing discussion about the likely first words of the new baby ensued (baby Archie having blessed us with 'Drive safe!' and 'Hydrate!') I suggested 'Free Palestine!'

"I can't stress enough how much I deplore the murder of George Floyd: if I made the laws of the U.S., I would unhesitatingly hand out the death penalty to the policeman who killed him."

The death of Mr Floyd, who was murdered by a white police officer last summer, sparked worldwide protests and the resurgence of the Black Lives Matter movement aimed at taking down systematic racism.

Meanwhile 'Free Palestine' refers to a political stance advocating for the rights of Palestinians in their ongoing deadly conflict with Israel.

Neither Meghan nor Harry have responded publicly to her tweet.

Representatives for the couple have been contacted for comment.