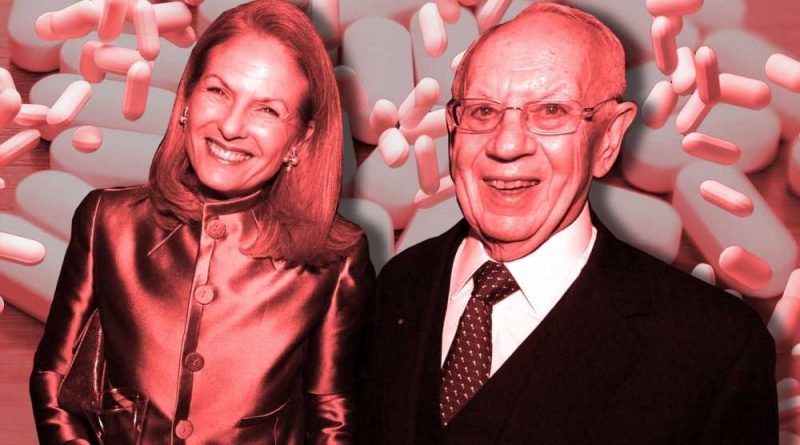 A city wrestled down an addiction crisis — then came COVID-19

On the morning of July 5, 1975, a deeply troubled Robert Mortimer Sackler somehow made his way from his apartment on East 64th Street to his mother’s home on East 86th Street.

Bobby, as he was known to his family, had just turned 24 years old and was one of the heirs to the Sackler drug empire, a private, family-run business that was then on its way to becoming a multibillion dollar concern with its focus on developing and marketing powerful painkillers. His father, Mortimer, a medical doctor from Brooklyn, had bought the small Manhattan company — known for its laxatives and ear wax-remover — in 1952. Mortimer’s younger brother Raymond and eldest brother Arthur also held an interest in the firm that would become known as the drug giant Purdue Pharma.

Bobby grew up with older sisters Kathe and Ilene at a sprawling home in Great Neck, Long Island, but moved with his mother to the Upper East Side when he was 15 and his parents divorced. But long before the split from his wife, Mortimer was already establishing a pattern as an absentee dad, preferring to spend much of his time poolside in the South of France, playing tennis and sipping cocktails. He had started an affair with a much younger woman while his wife Muriel raised their children on Long Island.

By the time he was in his early 20s, Bobby had already been in and out of psychiatric facilities, and was a full-blown drug addict, using heroin and PCP or “angel dust” on a daily basis, according to “Empire of Pain: The Secret History of the Sackler Dynasty,” by Patrick Radden Keefe.

“He was a little cuckoo,” said Ceferino Perez, a longtime doorman in the white-glove postwar building on 11 East 86th Street where Muriel lived in a two-bedroom on the ninth floor. “He was the kind of guy that nobody was going to hire.”

Unemployed, Bobby lived alone with his pet cats in a one-bedroom on East 64th Street in a luxury building owned by his father. When he was away for frequent stays at rehab facilities, a housekeeper that Muriel employed for three decades took care of his cats, according to Radden Keefe.

“He was crazy,” said a family friend, describing how Bobby had once been found wandering nude in Central Park. “Totally out of control.”

When he arrived in the lobby of his mother’s building on that humid Saturday morning, Bobby fought with the elevator operator, according to Radden Keefe. He barged into his mother’s apartment where he could be heard arguing and demanding money. Moments later, he broke a window and plunged to his death.

Bobby Sackler’s tragic story has been buried for more than 40 years. There are no accounts of his suicide in newspapers and no public photographs of the young heir. His drug-addled life was an inconvenient truth and a huge embarrassment for a family who sold drugs. The Sacklers were forging an empire built on highly-addictive pain killers and wanted to be known for their generous philanthropy to the arts and to universities around the world, writes Radden Keefe, who managed to track down some of the witnesses to the 1975 suicide and tells Bobby’s story for the first time in his book, which will be released April 13.

The Sacklers came under fire two years ago for their role in the opioid crisis, which has killed more than 450,000 people in the US alone. Purdue Pharma began marketing the powerful painkiller OxyContin in 1996, misleading the public about the dangers of the highly addictive narcotic, according to court papers. Last year the company pled guilty to criminal charges related to its marketing of OxyContin and the family agreed to pay $225 million in civil fines. Purdue Pharma faced penalties of $8.3 billion to settle some of the myriad lawsuits against them, although it’s unlikely to pay anywhere near that amount since the company filed for bankruptcy protection.

Since the revelation of the OxyContin scourge, museums around the world, including the Metropolitan Museum in New York, the Louvre in Paris, the Tate Modern and the National Portrait Gallery in London, have distanced themselves from the Sackler dynasty, whose philanthropy and position in high society was being carefully molded in the 1950s and 1960s while Bobby was struggling with his issues.

Yet the three Brooklyn-born brothers who founded the Sackler empire were in a perfect position to help Bobby when he was in the throes of his illness.

From the time they were children, the brothers were encouraged by their father, Isaac Sackler, a Jewish immigrant grocer, to become doctors. Arthur Sackler led the way, graduating from Erasmus Hall High School in Brooklyn and financing his studies at New York University by working for a drug-marketing company that helped launch tranquilizers such as Librium and Valium. Arthur encouraged his younger brothers Mortimer and Raymond to follow in his footsteps and go to medical school and even brought them in to the infamous Creedmoor State Hospital in Queens, a psychiatric facility, where he began a residency in psychiatry in 1944.  At the time, the hospital was described as a “six thousand bed jail” where patients were regularly subjected to brutal electroshock treatments and lobotomies.

“Among them, the brothers conducted the [electroshock] procedure thousands of times, an experience they came to find demoralizing,” writes Radden Keefe. The brothers decided to work on alternative methods to help patients, and after experimenting with electroshock therapy on a rabbit, discovered that they could help bi-polar and schizophrenic patients by giving them doses of histamine. The drug treatments were so successful that doctors at Creedmoor were able to move away from the more invasive procedures of the past.

Guided by Arthur, who had become wealthy through drug marketing and running scientific journals, the brothers took over tiny Purdue Frederick in the early 1950s. By 1983, the Sacklers moved the company, now named Purdue Pharma and producing an arthritis medication, to Norwalk, Conn. It expanded again and moved its corporate headquarters in Stamford in 2001.

As the three brothers amassed their fortunes, they began devoting time to their philanthropy. Arthur, who had started collecting art while still at NYU, was instrumental in helping the Metropolitan Museum obtain the Temple of Dendur from Egypt in 1967 by offering, along with his brothers, to finance the $3.5 million construction of a special wing of the museum to house the circa-15 B.C. sandstone structures. Arthur had developed a close relationship to Met directors over the years, and even managed to secure a private “enclave” at the museum where he stored some of his vast collection of Chinese antiquities.

The plans for construction on the Sackler wing at the Met would begin around the same time that Mortimer turned 50 and was launching what he called his “new life,” which coincided with the downward spiral of his first-born son, who lived mostly with his mother in New York City although he would sometimes travel to France to vacation with his father.

“The Cote D’Azur this year is not as mobbed,”  wrote Mortimer to a friend in the summer of 1966. “There has been, as usual, a change in the places that are in and those not in. There has been a new crop of bikini girls, and the leftovers of the last few crops.”

Among the new crop was Gertraud “Geri” Wimmer, a “statuesque” Austrian who was 20 years old, the same age as his eldest daughter Ilene. After his divorce from Muriel, Mortimer married Wimmer in 1969. He renounced his US citizenship, for tax reasons,  and the couple lived among homes in Paris, New York, the Swiss Alps and a sprawling seaside villa in the Cap d’Antibes. The couple had two children — Samantha and Mortimer David — before divorcing a decade later. In 1980, Mortimer married his third wife, Theresa Rowling, an English Catholic school teacher who was 31 years old. Mortimer was then 64, but went on to have three more children — Marissa, Sophie and Michael — with Theresa. Both Mortimer and Theresa would later be recognized by the Queen for their philanthropy in England.

Mortimer died in 2010, after making billions on OxyContin but well before the onslaught of lawsuits and probes that would leave the Sacklers’ reputation in tatters around the world. In the end, it was his widow Theresa and daughters Kathe and Ilene, along with five other members of the Sackler clan who served on the Purdue Pharma board, who were forced into a reckoning of the company’s decision to market a drug they knew to be highly addictive. Kathe was herself a medical doctor, although she never practiced medicine. According to internal family emails included in court filings, Kathe, now 72, took credit for the family’s decision to introduce OxyContin.

Kathe and Ilene probably understood the dangers of addiction better than any surviving members of the Sackler clan after the terrible death of their brother Bobby.

During a 2019 deposition in a New York City boardroom, Kathe seemed to recall that faraway day in July 1975 when she made what might have seemed an offhand remark about the heroin crisis of the 1970s: “I have friends. Relatives I mean. I know people, individual people who have suffered. It touches everyone’s life. It’s horrible.”

Bobby’s death was certainly horrible. He died instantly upon hitting the pavement.

Perez, the doorman, heard the sound of breaking glass.

“Then a much louder, closer sound as something heavy landed on the sidewalk. The impact was so intense that it sounded like a car crash,” writes Radden Keefe. “But when Perez looked over, he saw that there was a body on the sidewalk. It was Bobby Sackler. He had fallen nine stories. His head had cracked open on the pavement.”

A distraught Muriel Sackler called down to the front desk. “My son jumped out the window,” she said. “He broke the window with a chair. Do you think he’s dead?”

A shocked Perez confirmed that Bobby was indeed dead.

Mortimer’s New York family was distraught by Bobby’s death. But their grief seemed to turn quickly to embarrassment.

The tiny funeral announcement in the New York Times on July 9 said only that he had died “suddenly in the 24th year of life.” A service was held at the Riverside Chapel with donations suggested for a performance arts space on 11th Street in Manhattan.

While Mortimer was said to be broken up about his son’s death, he did almost nothing to preserve his memory. The family eventually established the Robert Sackler scholarship at Tel Aviv University “but there was never any explanation with this endowment of who Robert Sackler had been in life,” writes Radden Keefe. “It was a strange paradox: the Sackler family had put their name everywhere. But when a member of the family died young, they did not commemorate him in any public fashion.”

The Sackler brothers who had once prided themselves on pioneering health care for psychiatric patients like Bobby, had simply erased one of their own from history.