Emergency crews have put the army on standby as they struggle to fight back the flames that have taken hold of a section of Saddleworth Moor. 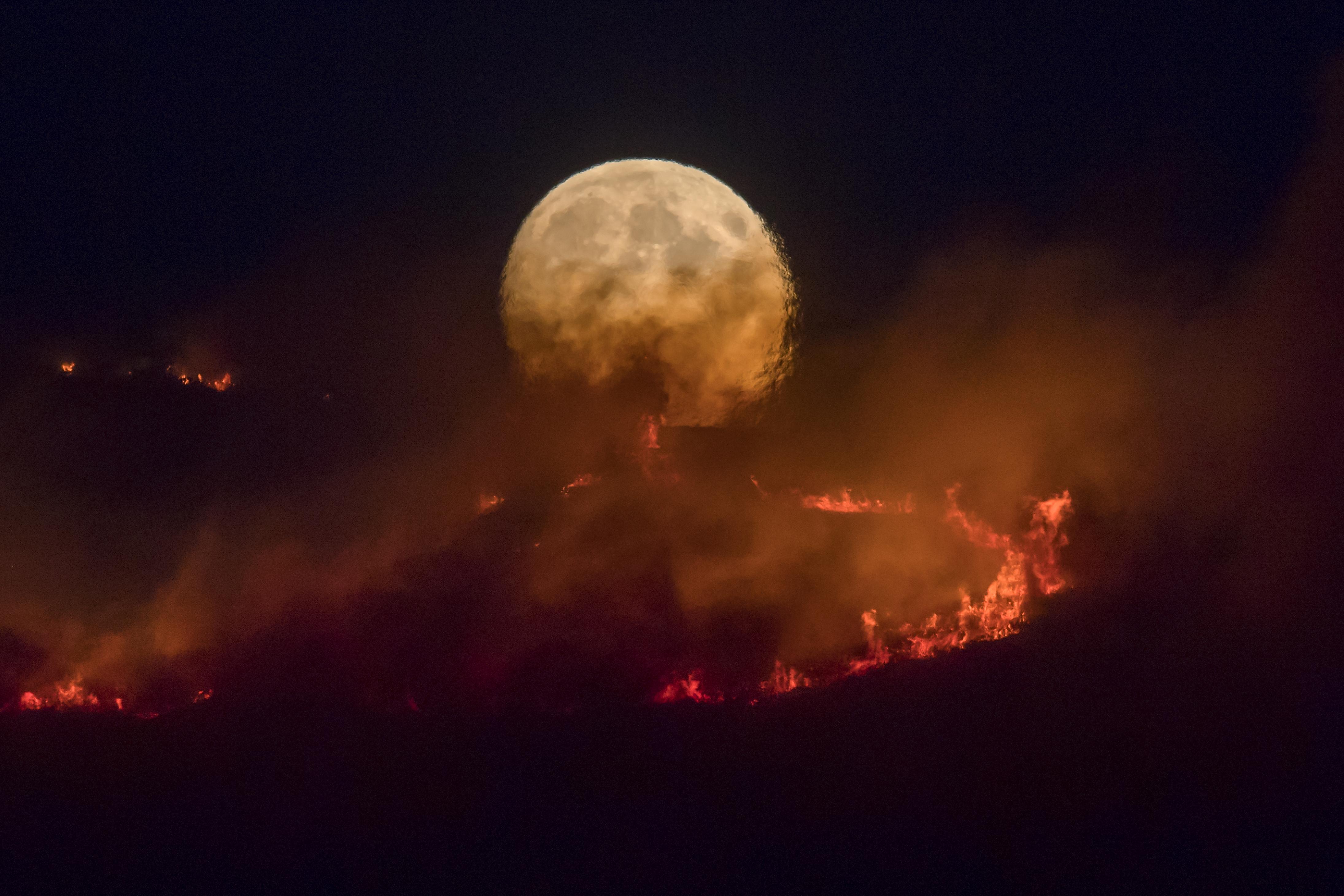 The blaze, which has now been declared a major incident, started on Sunday and reignited the next day amid Britain's heatwave and has devastated land around Carrbrook.

Schools have shut on Wednesday due to the health risk posed by the smoke.

Greater Manchester Police said 34 homes have been evacuated so far as strong winds drive the flames closer to residential areas.

The force tweeted: "We are in contact with the army and they are on standby to help if we need them." 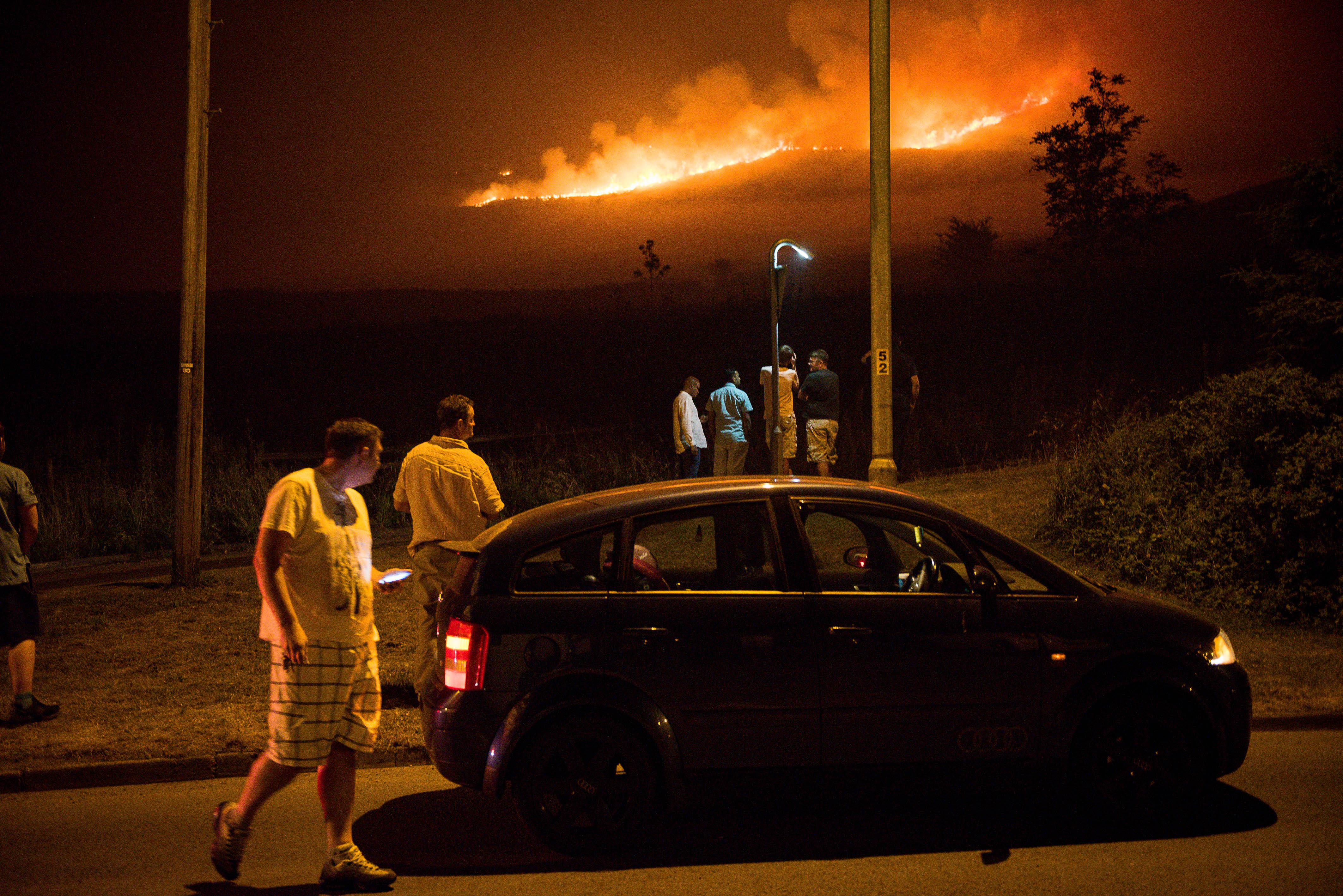 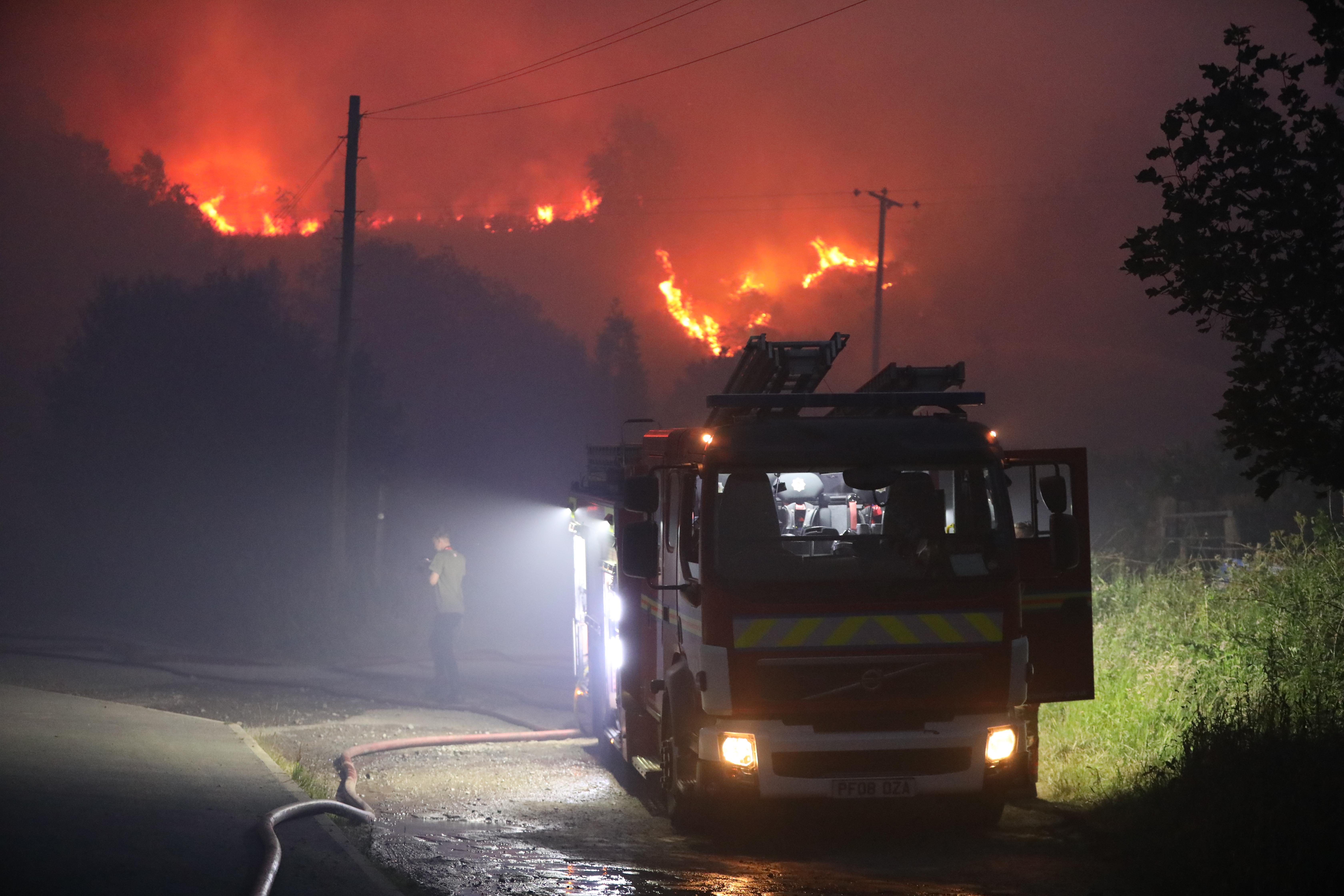 Tameside Council added that two schools – Mossley Hollins High and Buckton Vale Primary – will be closed due to the ongoing fire.

"Firefighters are faced with very difficult circumstances, intense heat and are working on challenging terrain.

"Our main considerations are for crew welfare. It is physically draining working at this incident and it is vital that our firefighters have regular breaks and that relief crews are available to take over."

Terrifying footage and images showed the wildfire, branded the worst in living memory, inching ever closer to people's homes – with some claiming flames were just metres away. 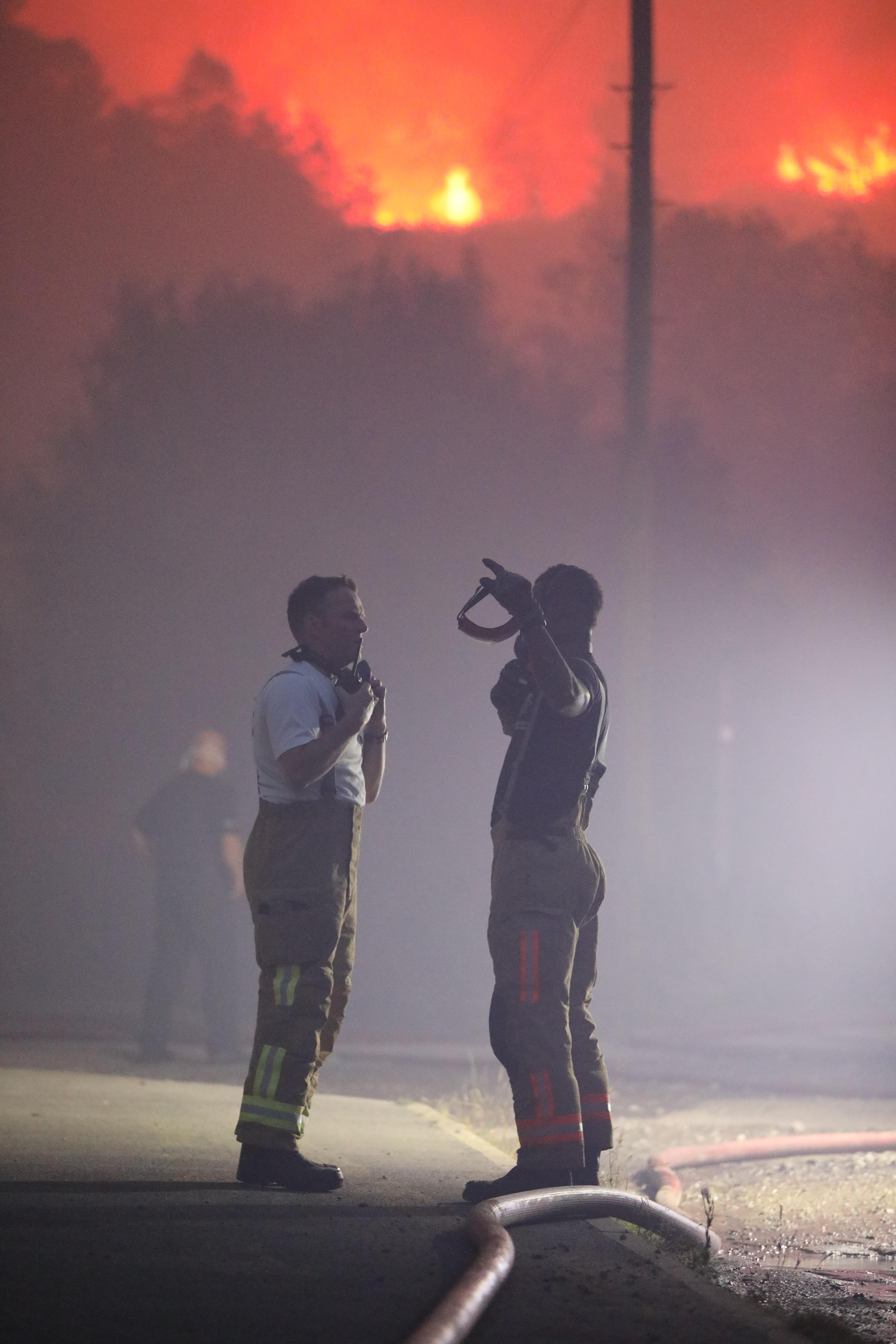 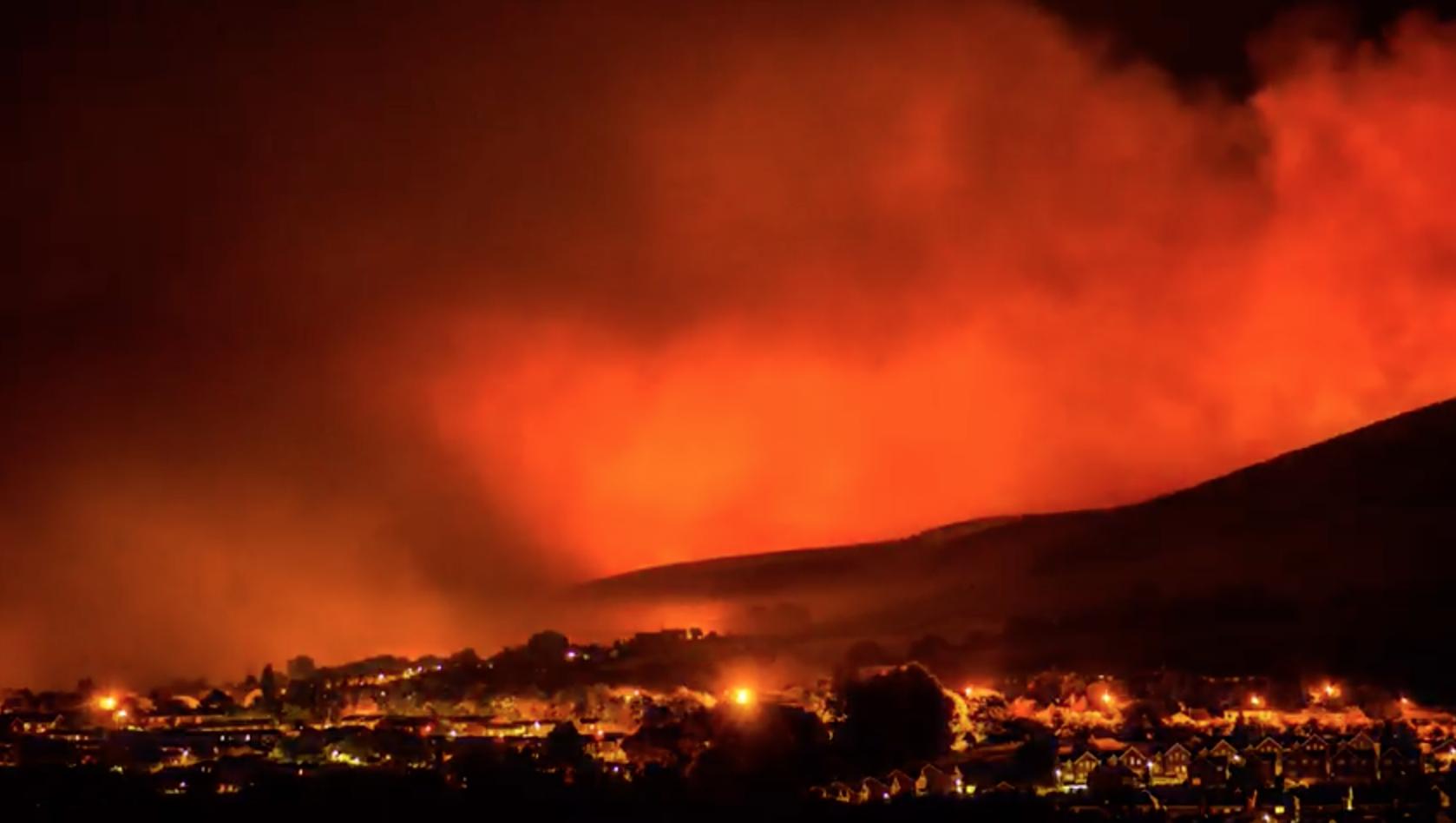 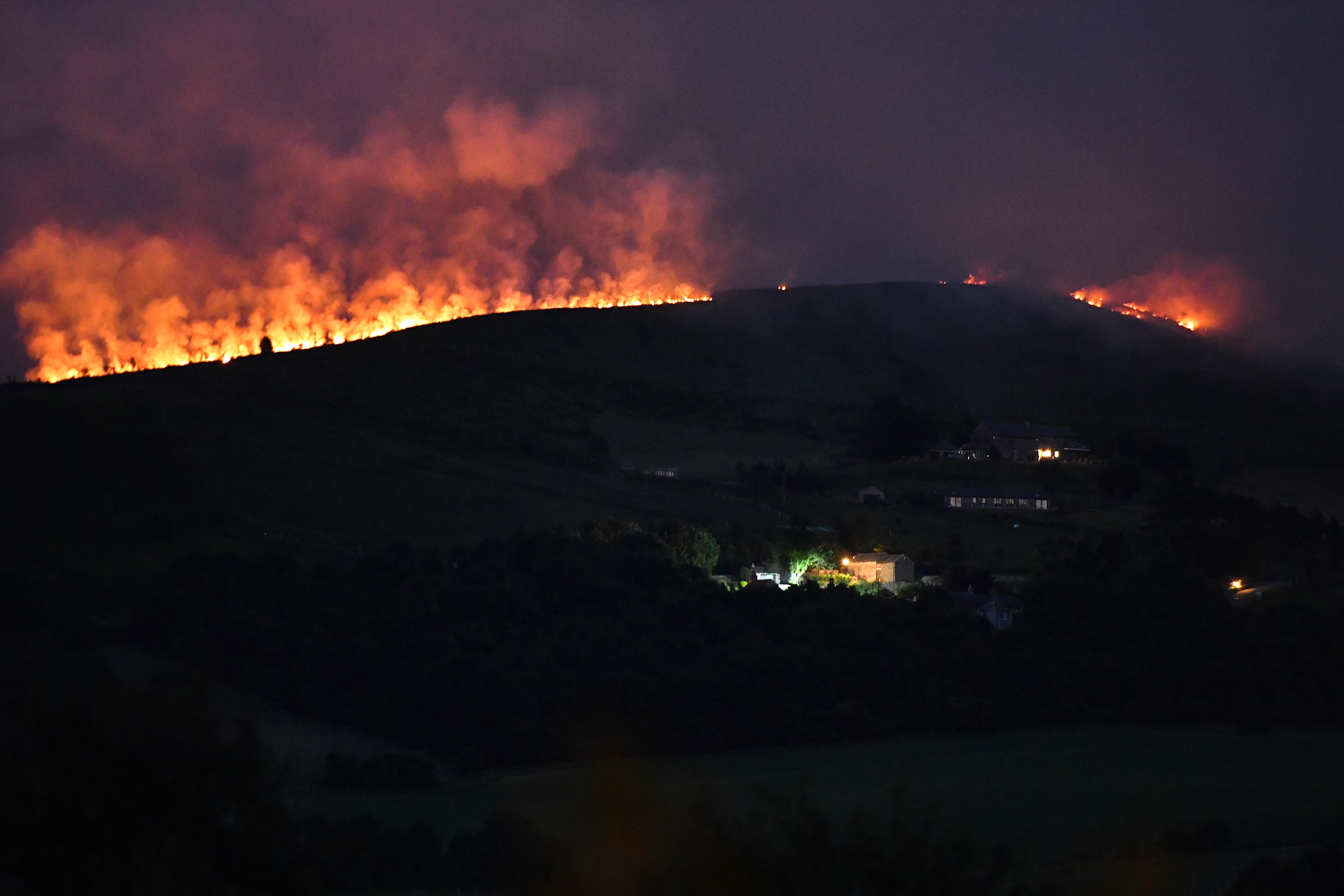 Dee Blanchard, 28, told Manchester Evening News she could barely see through the smoke outside her house.

She said: "The wind is coming downhill and it’s only about 200m away now. You can’t go outside, you can barely see.

"There's a fireman in a white hat who I think is in charge and he he said that we might have to evacuate." 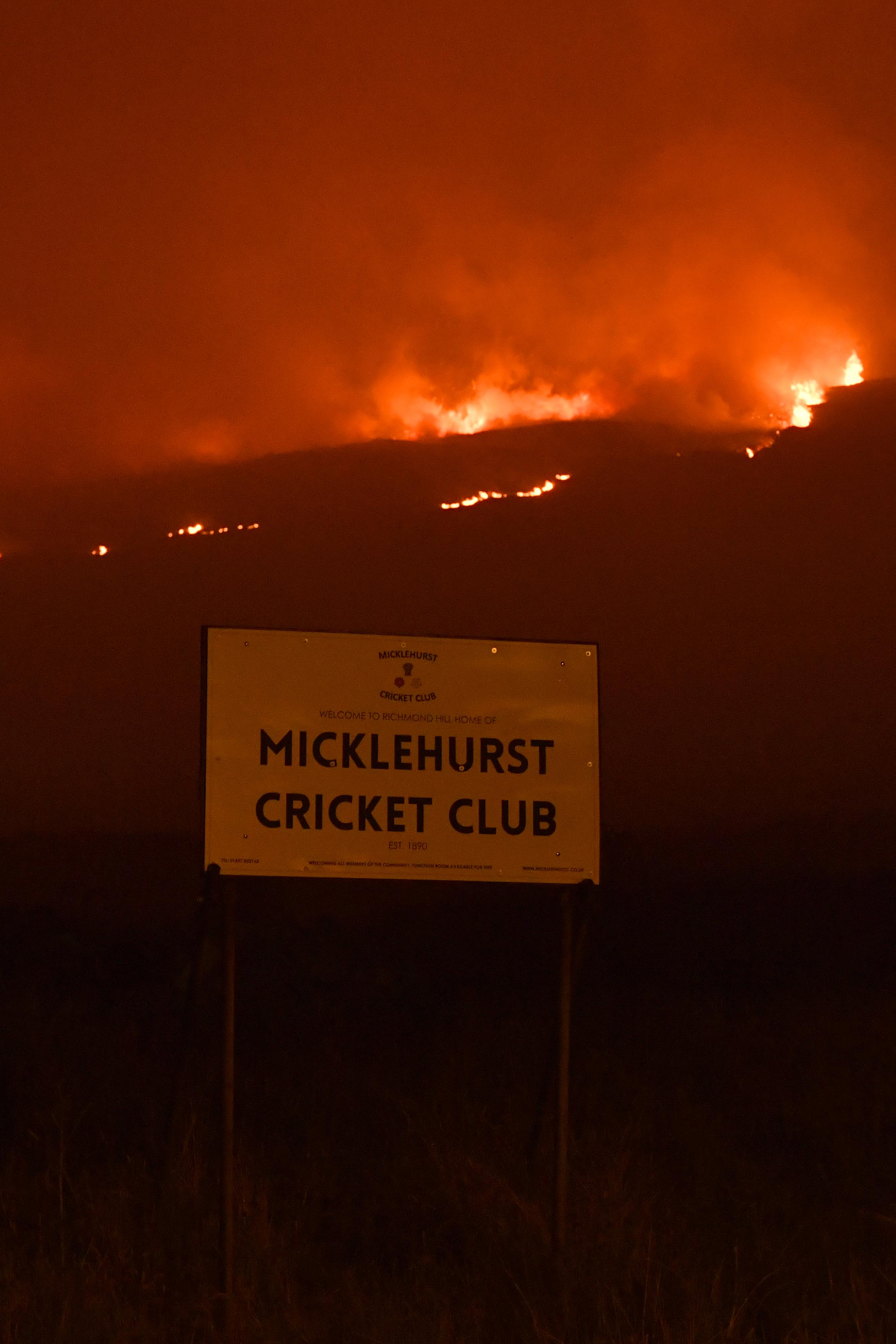 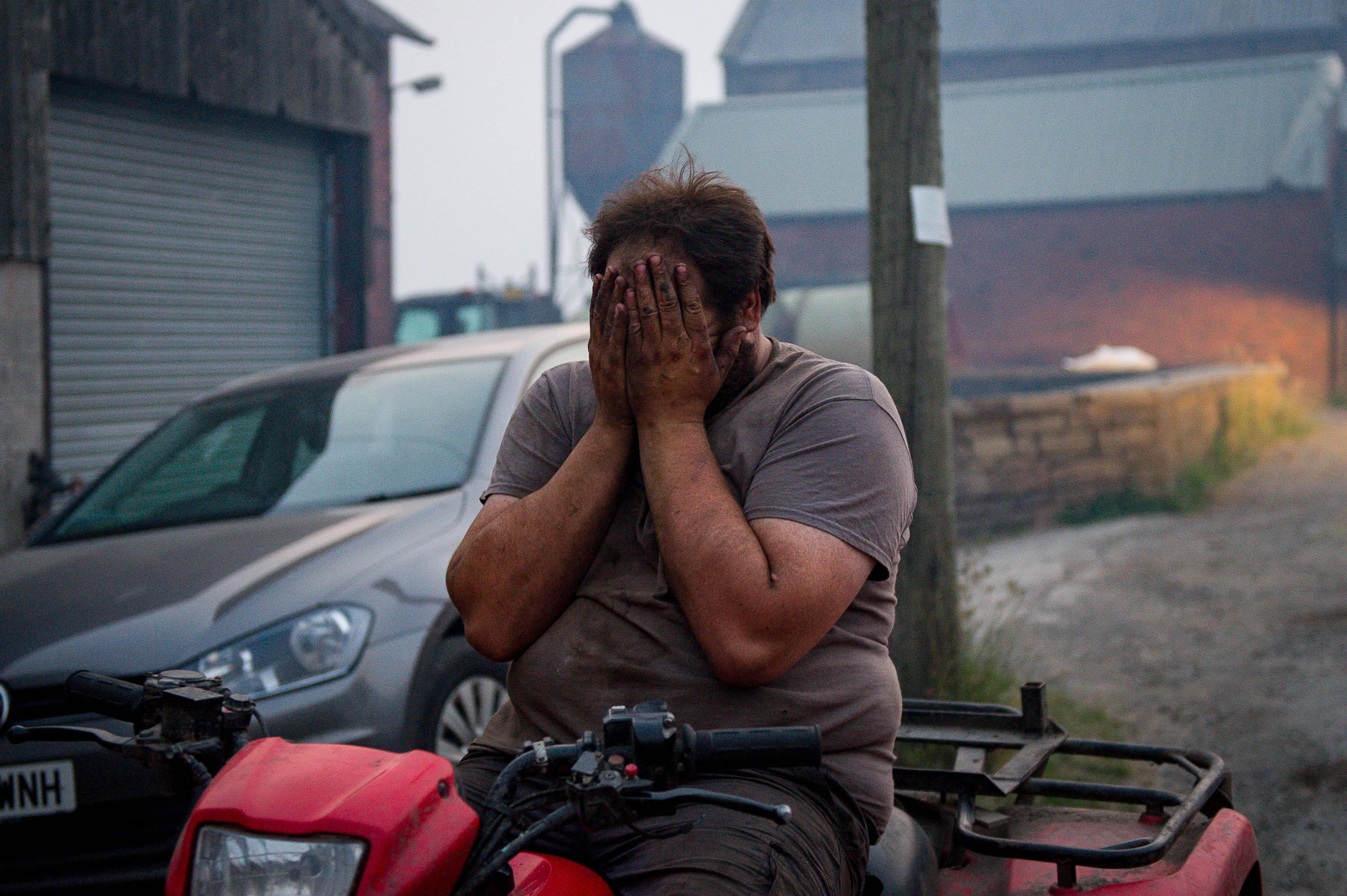 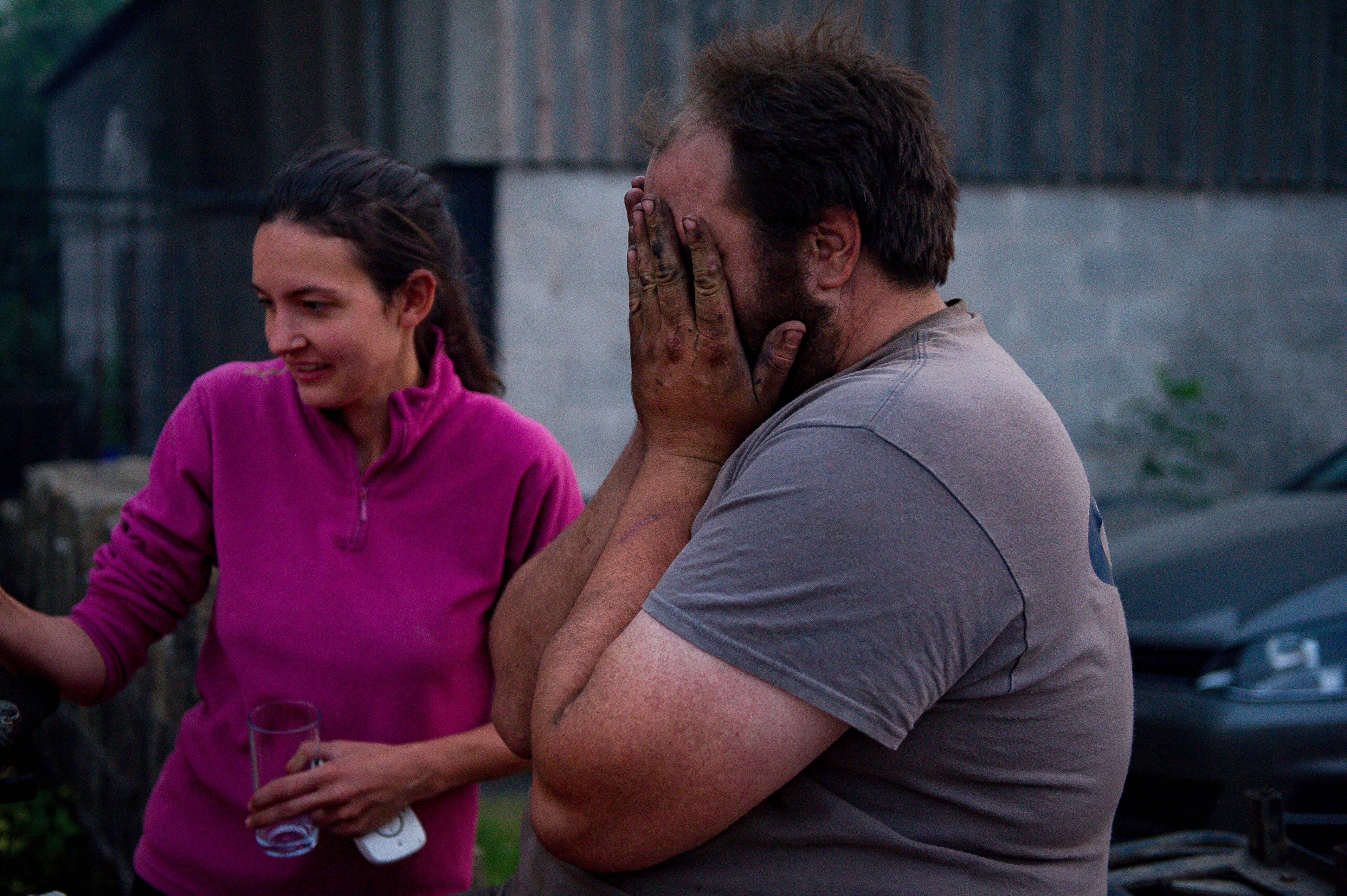 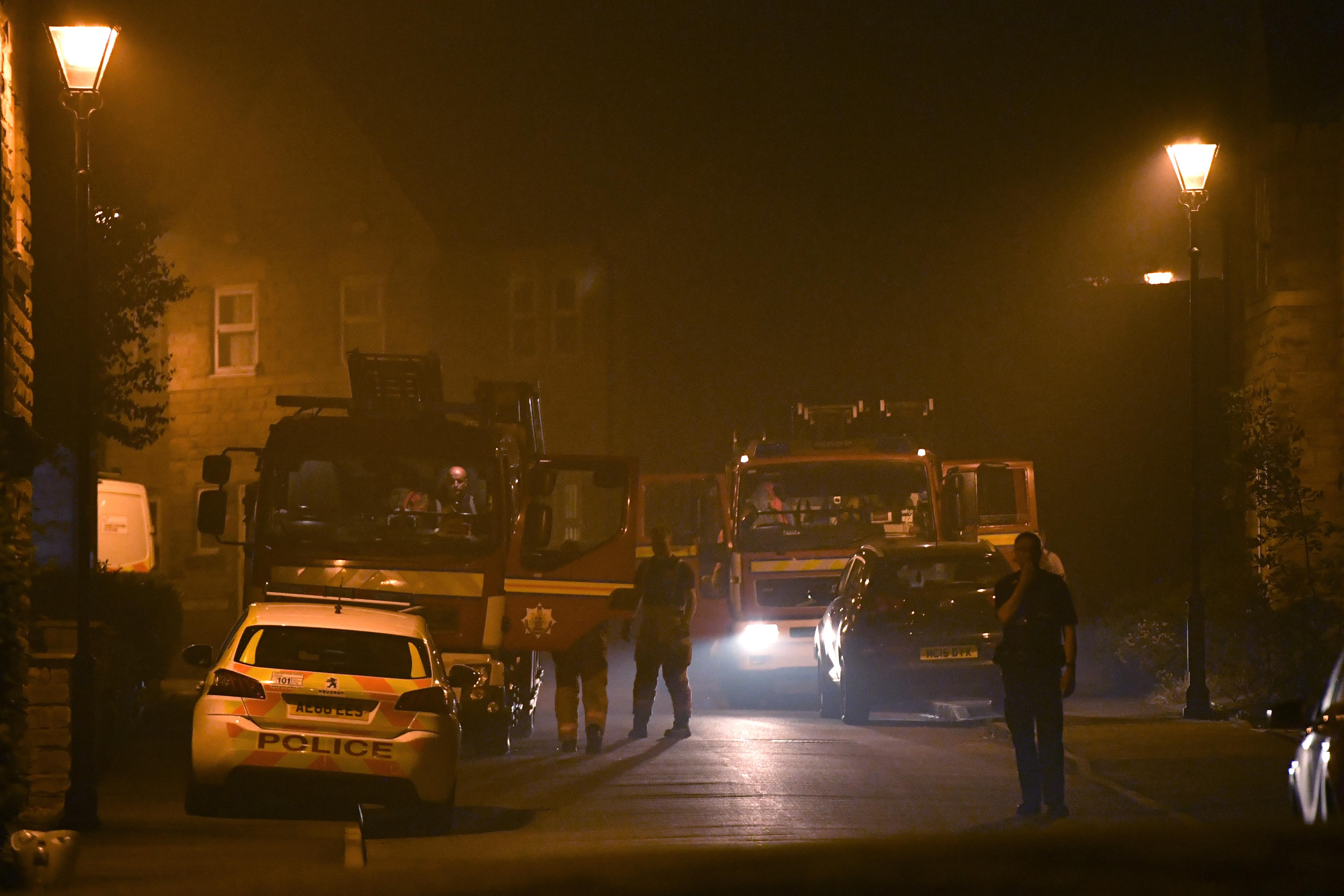 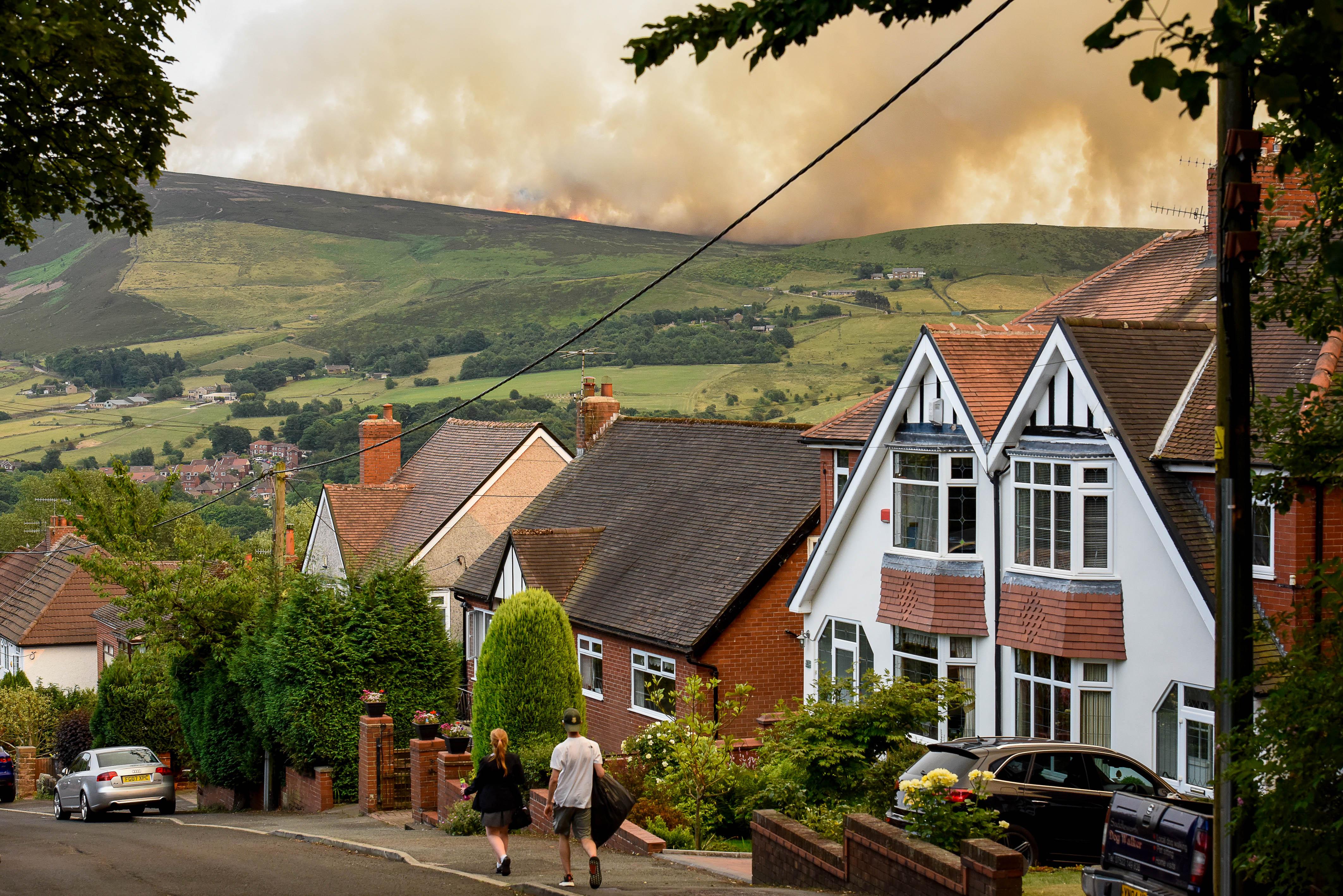 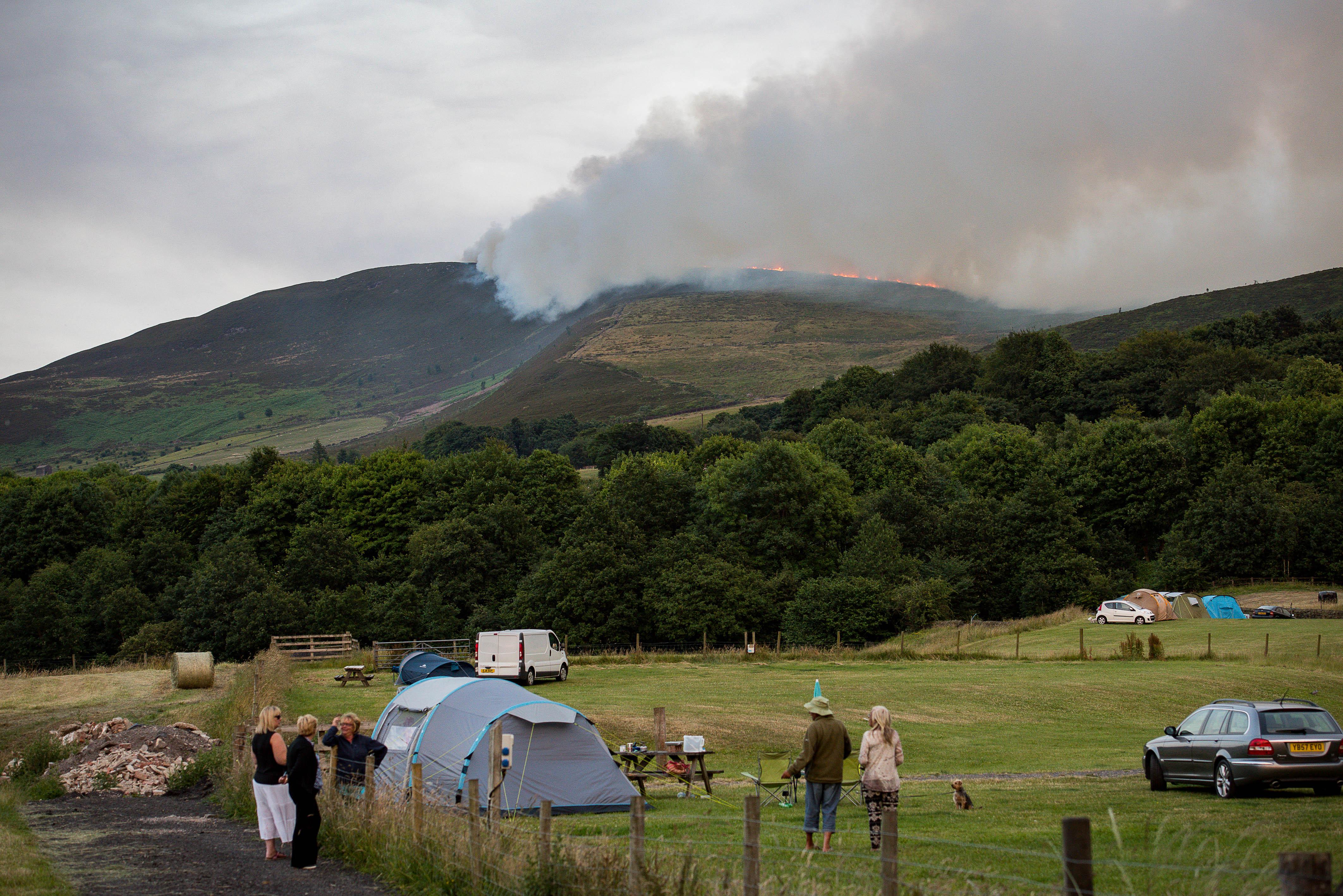 Dee, a former military officer, added: "If they can’t put it out I don’t know what’s going to happen.

"I can literally hear the fire crackling… it’s that sound like a bonfire."

GMP tweeted to say risks to health were low but added: "The smoke can make your eyes and throat sore. Keep hydrated and wash your hands." 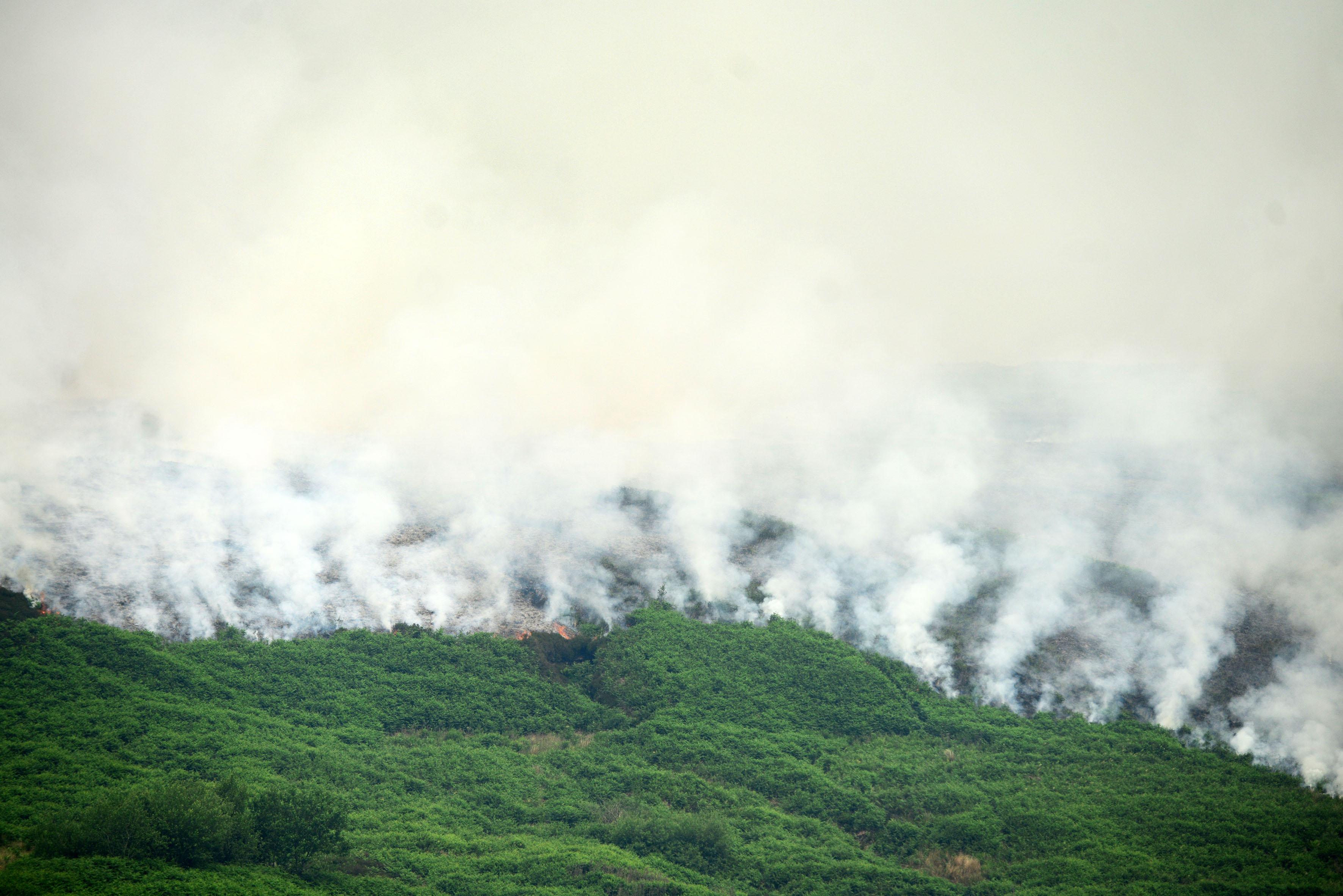 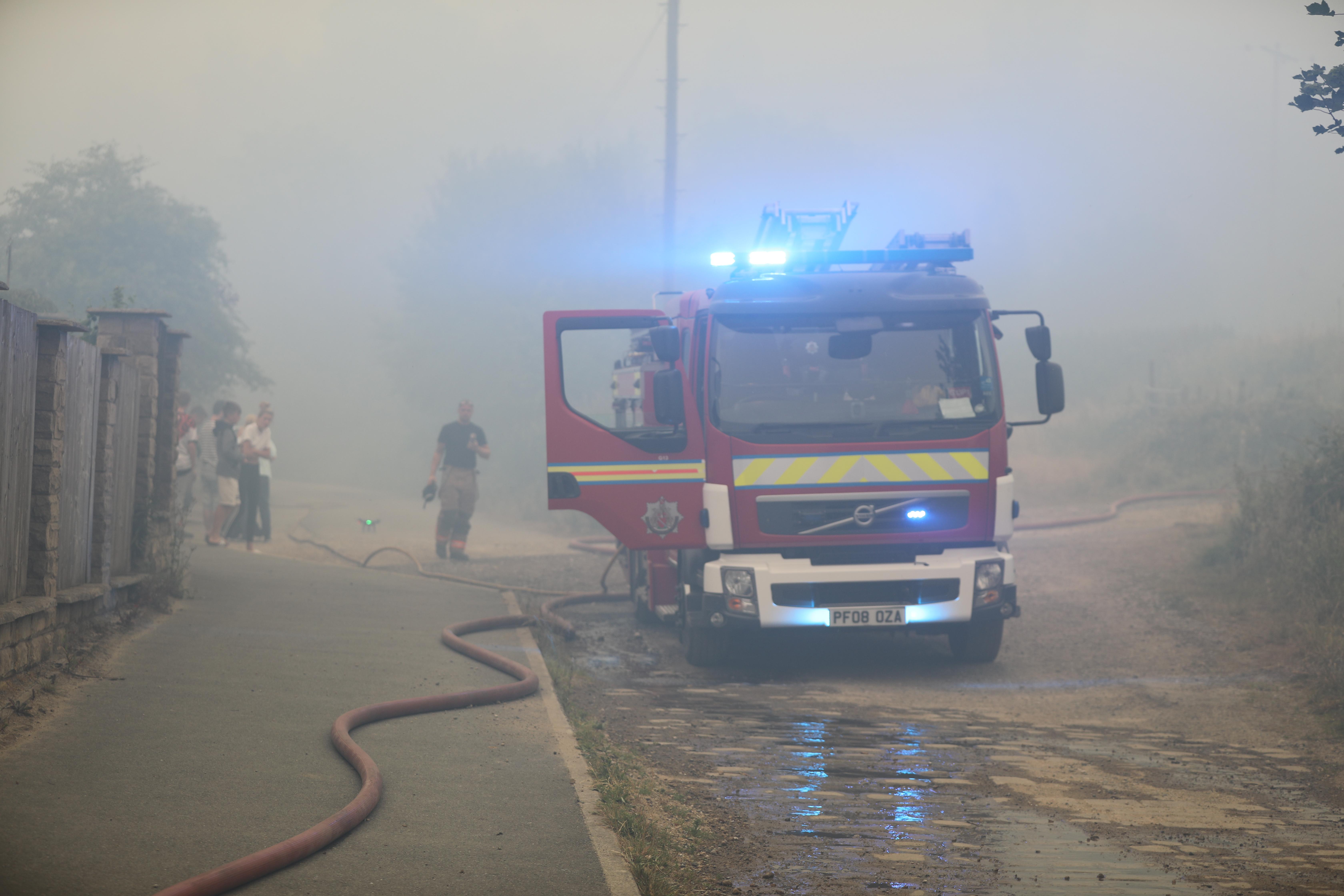 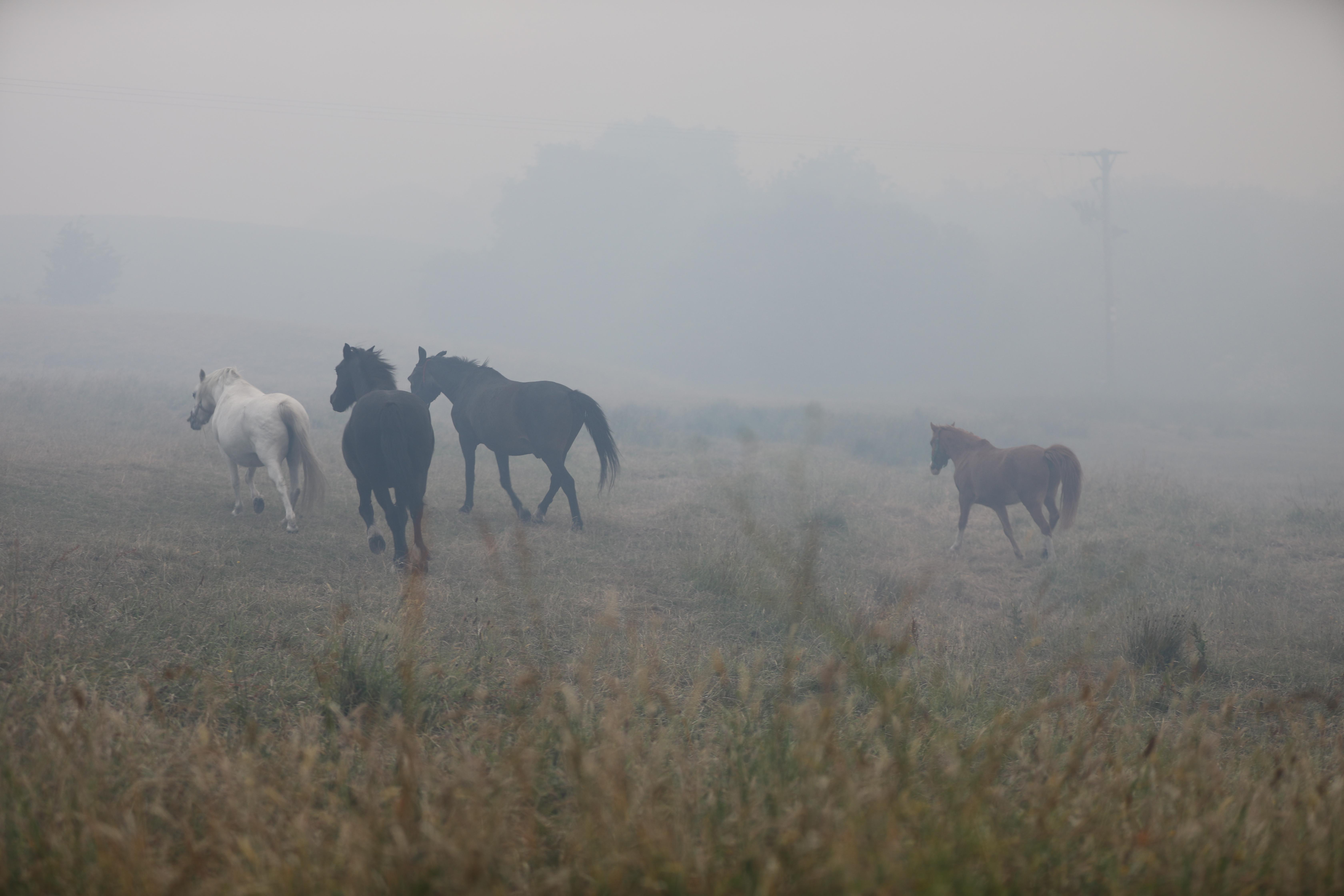 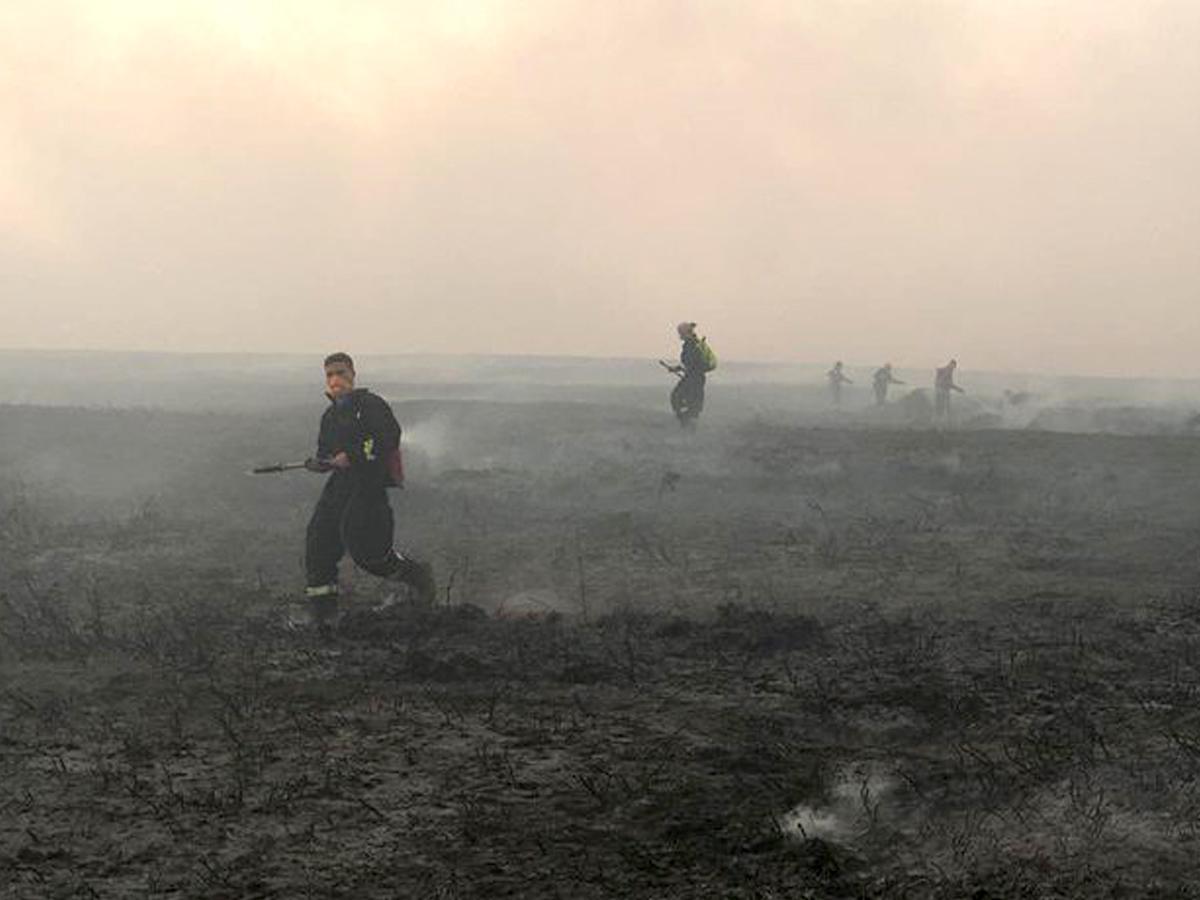 They advised people in the surrounding areas to keep their doors and windows closed.

There were worrying reports the smoke could be smelled inside properties as far away as Bolton.

Pet owners were also urged to keep animals inside as the dangerous haze descended on many nearby towns.

Meanwhile the AA said road surfaces had also softened in the heat, creating bulges and cracks on some routes. 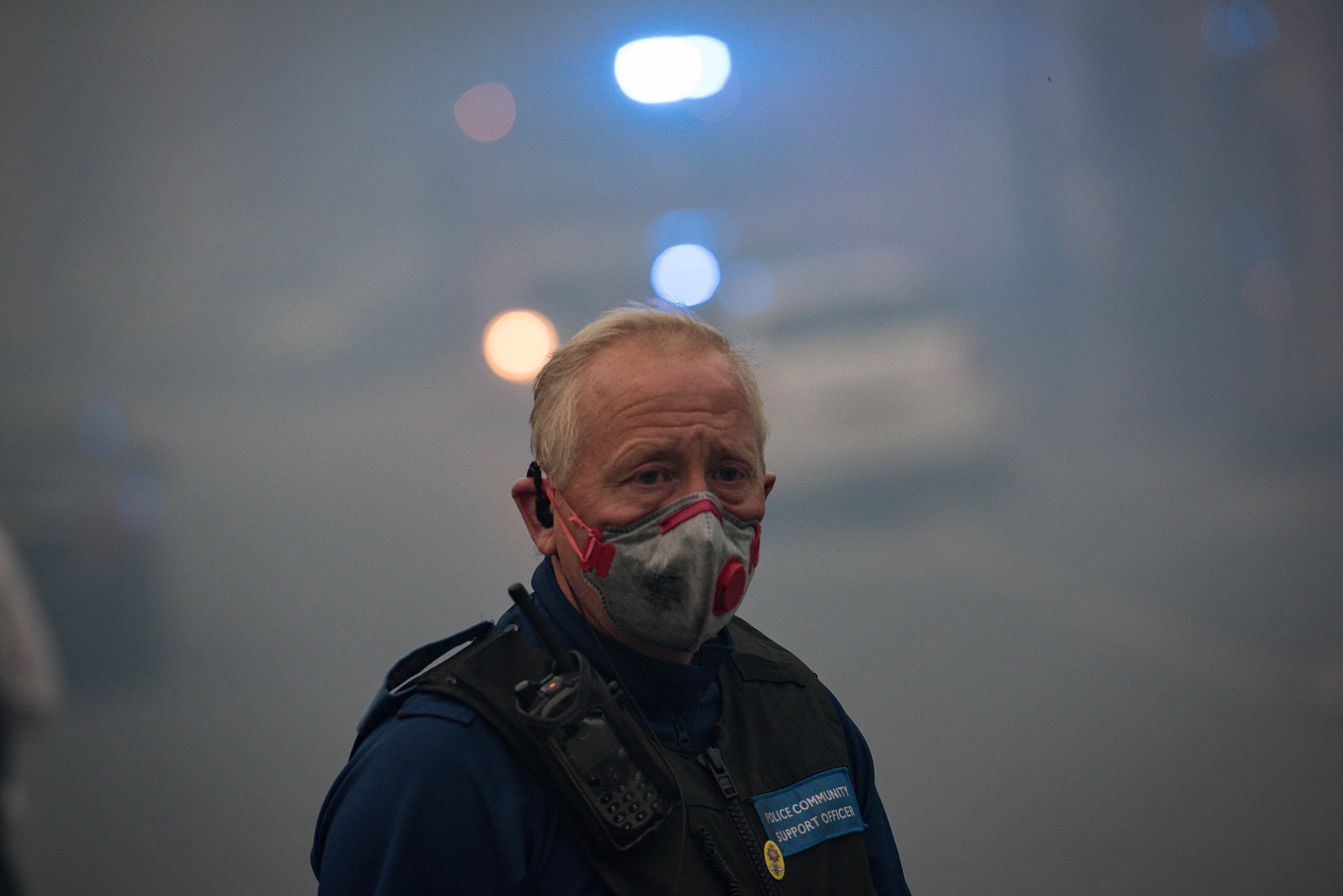 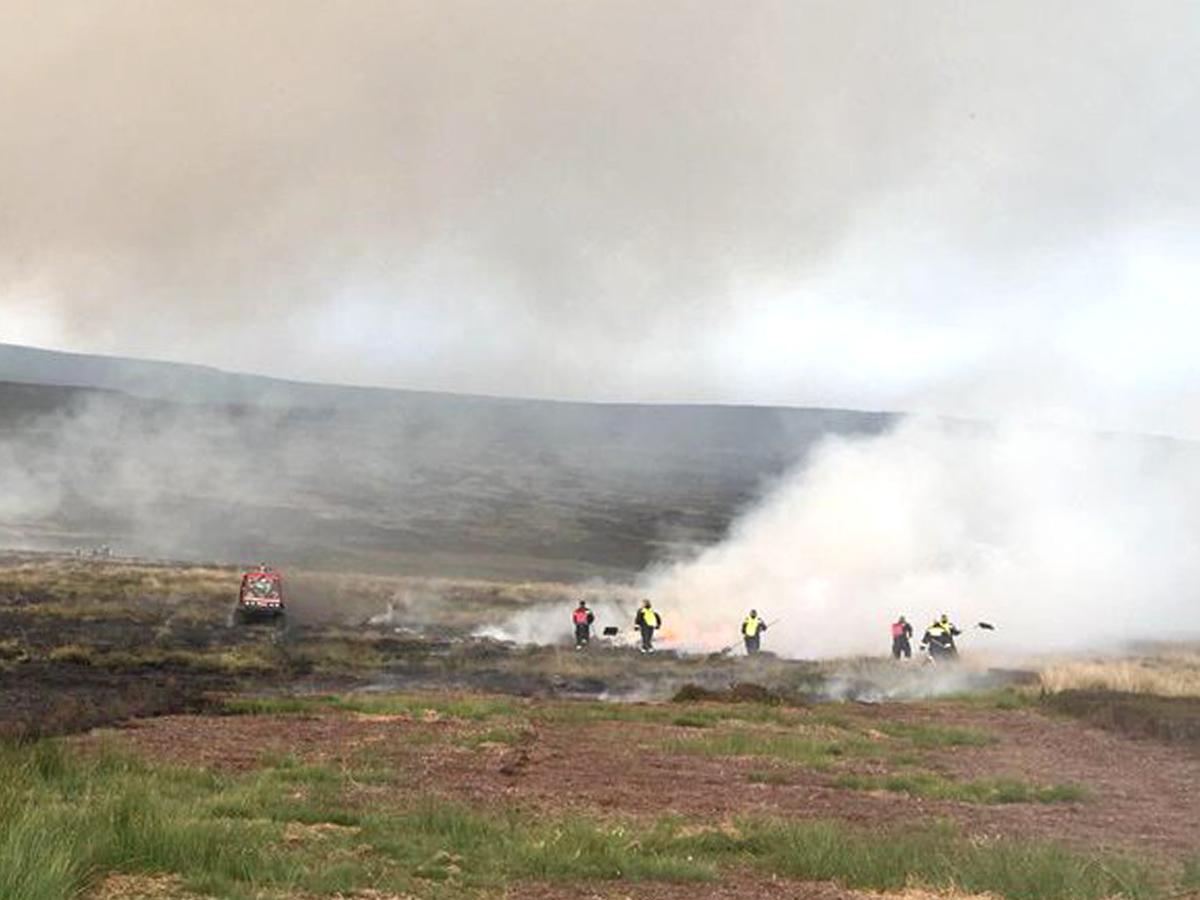 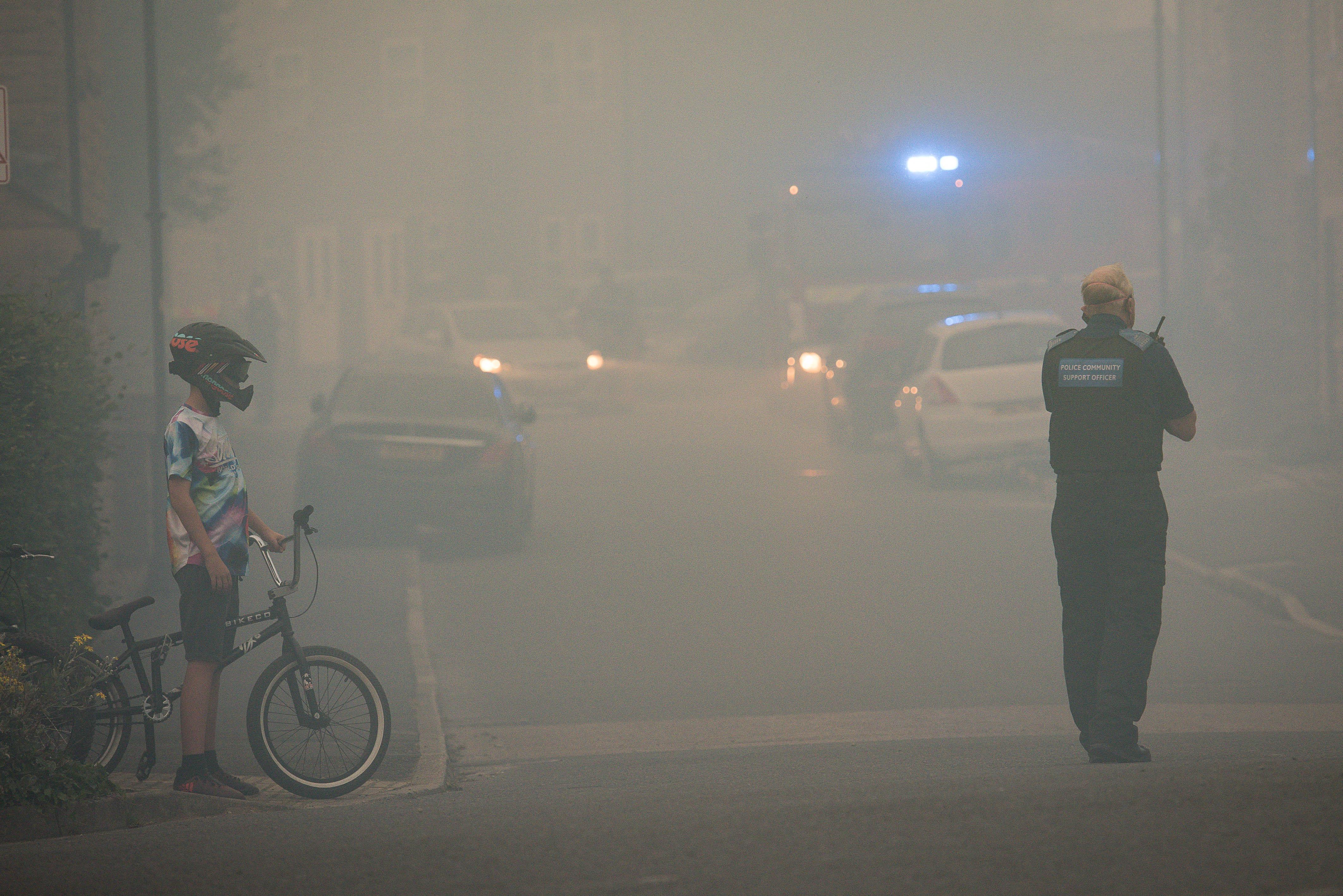 Network Rail's extreme weather action teams are being activated across the country to monitor "vulnerable locations".

Services on the London Waterloo to New Malden line are being subjected to speed restrictions from 11am each day until Friday.

Network Rail said hot weather can cause the steel on rail lines to expand and in some cases buckle (curve), causing travel disruption.

Slower trains exert lower forces on the track, reducing the likelihood of buckling.

Police yesterday urged people to resist the temptation to swim in open water in the hot weather.

Surrey Police said: "With the warm weather, we are reminding people of the dangers of swimming in open water."