Pictured: Cruise ship worker ‘miraculously’ rescued after 22 hours in the Atlantic WITHOUT a life-jacket, as it emerges he was fascinated with an eerily similar rescue two weeks before and his co-workers insist it wasn’t an accident

A Norwegian Cruise Line crew member who plunged into the Atlantic Ocean but survived the ordeal had shared a Facebook post two weeks before about another man who had fallen overboard and also lived to tell the tale.

In the post, the unnamed sailor described falling from his ship and paddling for hours as he watched it sail away. He said at one point he was threatened by a shark but God gave him the strength to keep swimming until the Coast Guard arrived.

Francis Rakochi Santiago shared the post on June 16. He was rescued himself on Sunday after spending 22 hours in the water without a safety device before a Carnival Cruise Line ship found him. The details about why he ended up in the sea are still a mystery. 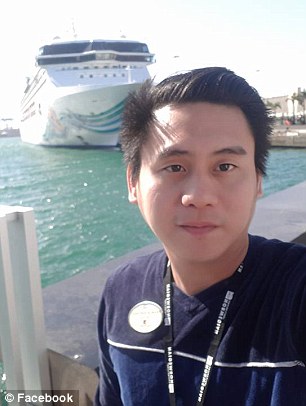 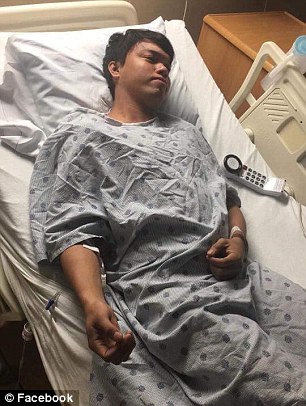 Francis Rakochi Santiago, 23, (left) was plucked from the Atlantic Ocean on Sunday after plunging from the cruise ship where he worked as a cleaner. On June 16, he shared the story of another sailor (right) who also fell off his ship and survived 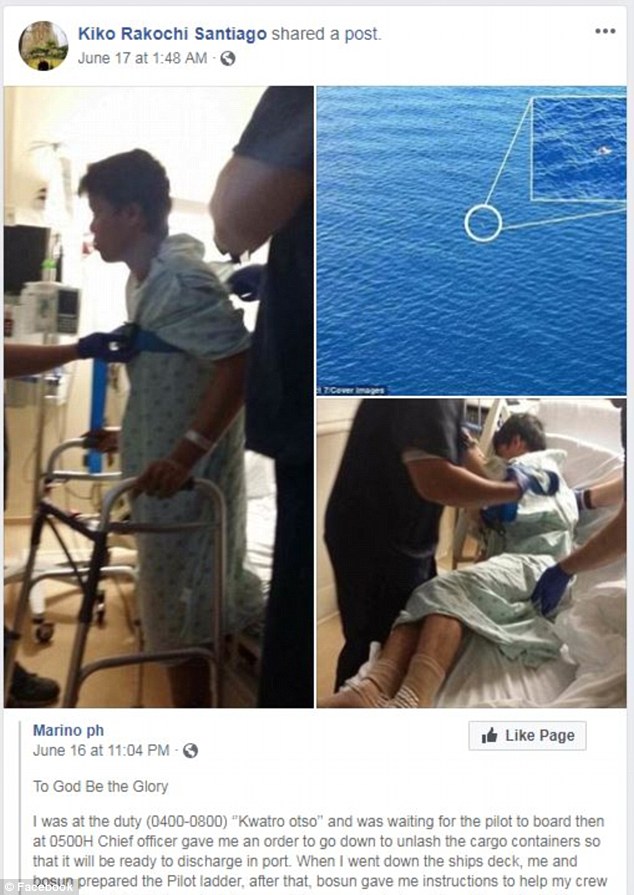 The 33-year-old, nicknamed ‘Kiko’, went overboard some 28 miles northwest of Pinar del Rio, Cuba. Pictured is the post he shared about the other sailor’s story on June 16

Santiago, a Filipino cleaner on the Norwegian Getaway, is now recovering in hospital. Co-workers on the ship suggested he could have jumped, but Norwegian are refusing to comment, the Miami Herald reported.

The 33-year-old, nicknamed ‘Kiko’, went overboard some 28 miles northwest of Pinar del Rio, Cuba. Posts from people on his Facebook page suggest he could have been troubled.

On Sunday, friend Chin Nie wrote a post saying: ‘Hey! Boy! What is this? Get up … it’s not a good joke! I told you to stay positive … why like this?’

Writing on Saturday, the day he went overboard, Santiago posted: ‘Don’t be so quick to believe what you hear, because lies spread quicker than the truth.’

A co-worker responded: ‘Wherever you are, please come back now. People in the ship are worried about you!’

In a further post last week, Santiago wrote: ‘I am a strong person. But once in a while, I need someone to hug me and tell me, ‘Everything is going to be okay.” 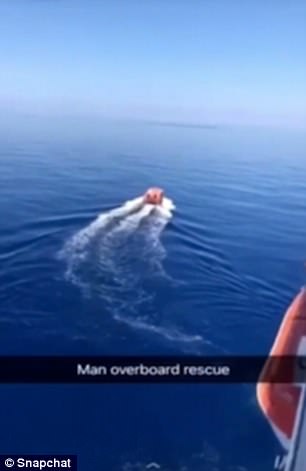 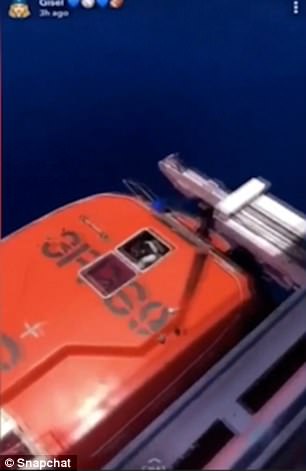 A sailor fell off the Norwegian Getaway – it has not yet been revealed how – on Saturday afternoon. Pictured: Video showing Santiago’s rescue 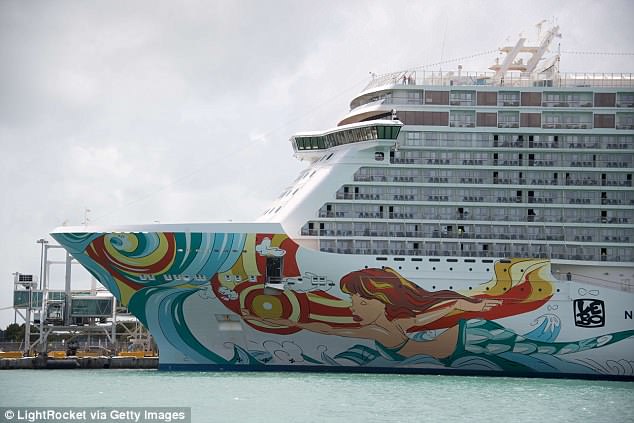 Coast Guard spokesman Jonathan Lally said Santiago was found just 26 miles outside of the search area. Pictured: A file image of the Carnival Vista, which found him

Santiago has shared numerous news article about his disappearance on Facebook.

He addressed the incident in a post of Thursday which read: ‘God is Good all the time.. I really don’t know how blessed am I..

‘Thanks to all the messages sorry cant reply right now.. Thank you so much.. Even I’m still here in the hospital at Cozumel, getting better … Hope to go home next week… Glory to God.’

Passengers and staff feared the worst for Santiago after his ship made a U-turn to search for him.

The US Coast Guard then scoured an area of 1,636 square miles using planes and boats but failed to find him.

On Sunday, however, he was spotted swimming in the sea by crew aboard a different cruise ship – the Carnival Glory – about 21 miles north of Cuba.

Remarkably, he was uninjured and is now in a stable condition. 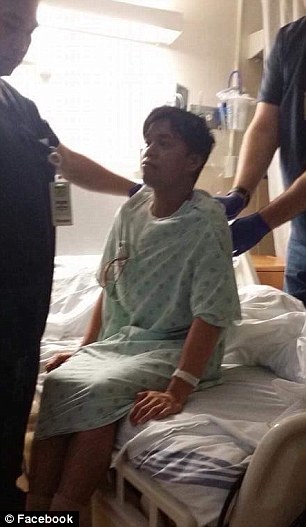 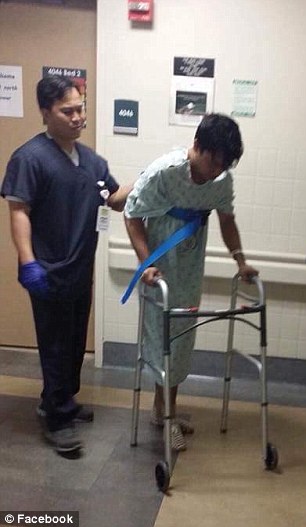 The other sailor, whose name is not known, is pictured in hospital. He said at one point he was threatened by a shark but God gave him the strength to keep swimming 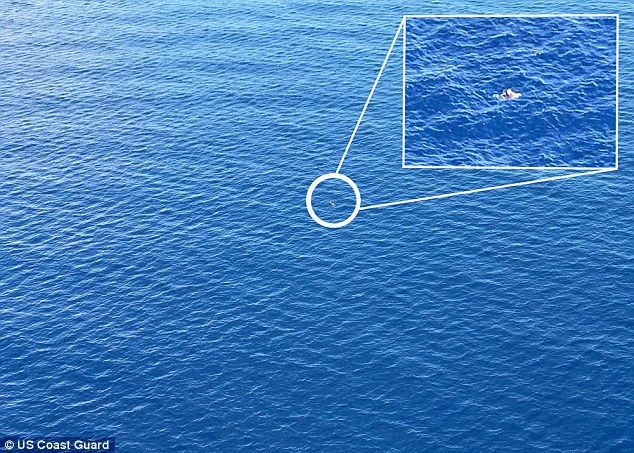 ‘This is nothing short of miraculous,’ Christine Duffy, president of Carnival Cruise Line, said, as reported by ABC10.

‘Kudos to the Carnival Glory team for this amazing effort to rescue a fellow seafarer.’

Coast Guard spokesman Jonathan Lally said he was found just 26 miles outside of the search area.

He added: ‘One of the things that the coast guard could never calculate when it comes in to search and rescue is the person’s will to live.’

Carnival spokeswoman AnnMarie Matthews said Santiago did not have any safety device on when he was picked up.

Matthews said she ‘can only surmise that he was likely treading water the entire time’.

Only a small percentage of people who fall of cruise ships survive doing so.

Out of the 314 people who have gone overboard since 1995 just 57 have been rescued, according to Professor Ross Klein of the School of Social Work at Memorial University of Newfoundland in Canada. 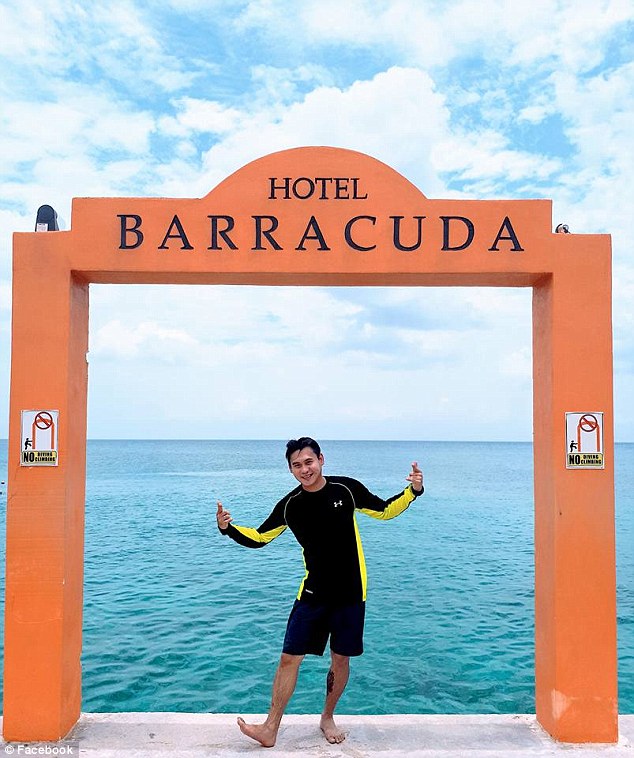