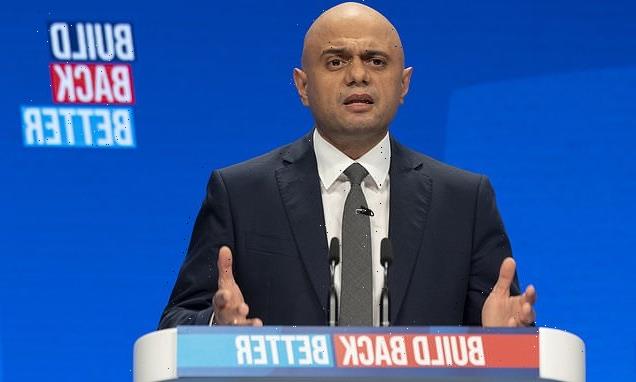 GPs could be freed from the burden of writing so many prescriptions to boost the number of face-to-face appointments.

The Health Secretary hopes that by cutting bureaucracy, fewer patients will have to make do with telephone or online consultations.

One idea being considered is to put more of the responsibility of writing prescriptions on hospitals and pharmacies. Another is to free GPs from writing sick notes for patients.

Mr Javid yesterday underlined his commitment to get to grips with the problem, telling delegates at the Conservative conference that patients ‘expect’ to be able to see their doctor ‘in the way that they choose’. 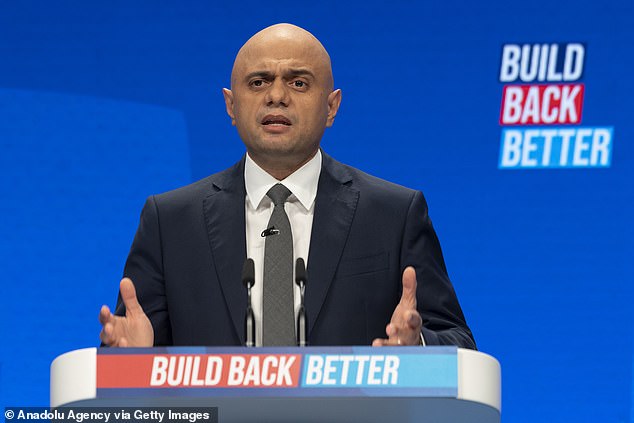 He promised next year would see ‘reform’ in the NHS by improving leadership at the highest level of hospital management.

‘Our undeniable commitment to the NHS is what should drive us to make it as effective as it can be,’ he said.

‘Because ultimately it is our National Health Service and is only as good as the service it provides our citizens.

‘The public rightly and proudly expect a service that is free at the point of use. But they also expect that service to deliver for them, wherever they live in the country.

AND HE TELLS NHS TO KEEP USING THE WORD ‘WOMAN’

The Health Secretary said it was ‘not sensible’ to avoid using the term when inviting them to cervical screening tests.

Some trans campaigners use phrases such as ‘people with cervixes’ to not alienate those who have transitioned to being a man.

But Mr Javid told a fringe event at the Tory conference that with cervical cancer screening rates falling, such a move is wrong.

‘We should always approach this issue with compassion and sensitivity,’ he said.

He added that as Health Secretary, he believes ‘biology matters’ and said: ‘Someone biologically if they are born a man will have to some extent different health needs.

‘If you take out the word ‘woman’ from asking people to take cervical smear tests, it just doesn’t seem to be a sensible thing to do.’

He claimed he wants everyone, whatever their gender, to get the ‘very best care from the NHS’.

‘They expect to be able to see their GP in the way that they choose. And to have a relationship with their service that goes beyond picking up the pieces when things go wrong.’

Before the pandemic, some 80 per cent of GP appointments were conducted face to face.

The number slumped as lockdowns were imposed – but even now the figure is only at 58 per cent even though restrictions have been lifted. The Daily Mail has been highlighting the issue with its Let’s See GPs Face to Face campaign.

Last month, Mr Javid met leaders from the British Medical Association and the Royal College of GPs to discuss ways of ensuring the public can book in-person appointments.

Alongside shifting the responsibility of writing prescriptions, the second idea to cut paperwork is reducing the need for GPs to provide ‘fit notes’, under which doctors gauge how sick someone is and whether they need any help to get back to work.

It was revealed last month that Mr Javid was looking at reducing red tape for GPs – but this is the first time any details have emerged.

At the time, a senior government source said: ‘GPs are doing a phenomenal job and we need to free up more of their time so they can focus on seeing patients rather than filing paperwork.

‘That is why we are urgently looking at ways to cut bureaucracy in the system.

‘For many people, telephone appointments are more convenient but of course, those who want a face-to-face appointment should be able to get one.’

Additional support will be explored for GP practices that require it, while those performing to an unacceptable standard will be held to account.

But on Monday, Mr Javid suggested virtual consultations are here to stay after the pandemic.

He told a fringe event at the conference that there is a role for phone or online appointments as many patients prefer them.