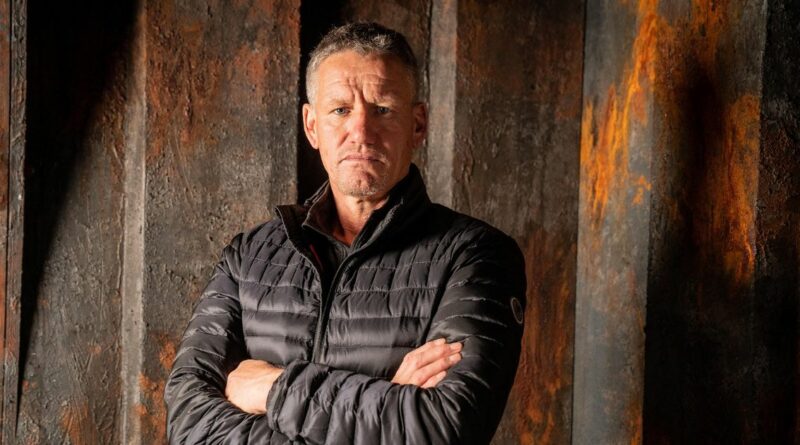 A former SAS soldier has revealed he almost had his "face cut off" during a deadly bomb blast in Somalia.

Mark "Billy" Billingham said he was within "an inch" from death when a "massive explosion" in the country's bustling capital Mogadishu.

The ex-Special Forces-operative-turned-Hollywood bodyguard was teaching at a security company's heavily-protected training academy when the bomb blew a bulletproof window across the room, missing him by just a few centimetres.

"The glass that was supposed to be bulletproof glass, which was about an inch thick, comes straight across the room, missed my face and stuck in the wall on the opposite side. Had I been an inch forward it would've cut the top of my face off," the SAS: Who Dares Wins star told YouTube podcast The Andy Rowe Show.

The 55-year-old added that the severity of the blast made the roof in the classroom collapse.

"I'm thinking all the students on the floor are either dead of badly injured. They weren't. It was the force of the blast just threw them all to the ground."

He said the terrorists responsible had driven a "lorry full of explosives" to "within 600 metres" of the complex he was in, killing "about 1,800 people."

"We didn't lose anybody in the camp, (but) then they had dismounted terrorists on the ground. Luckily the police and military overrun it and stopped it all." In an ironic twist of fate, Billingham, who has previously been a bodyguard for stars such as Tom Cruise, Brad Pitt, Angelina Jolie and Sir Michael Caine, admitted he took the training job to get away from "people trying to kill" him.

"I've been face-to-face with people trying to kill me and I was kind of over trying to be killed anymore and now I wanted some normal life," he said.

"I was thinking 'Jesus, I'm never going to get away from this.'"