SAS: Who Dares Wins recruit reveals he ‘was sexually abused as a child by paedophile football coach Barry Bennell’

A contestant on SAS: Who Dares Wins has revealed he was sexually abused as a child by paedophile football coach Barry Bennell.

Jamie Cartwright, 41, from Rugeley, Staffordshire, was abused from the age of 11 to 13, causing him to leave his football career at 21.

Jamie kept the abuse a secret for more than 20 years and said: ‘This has stayed with me throughout my life.’ 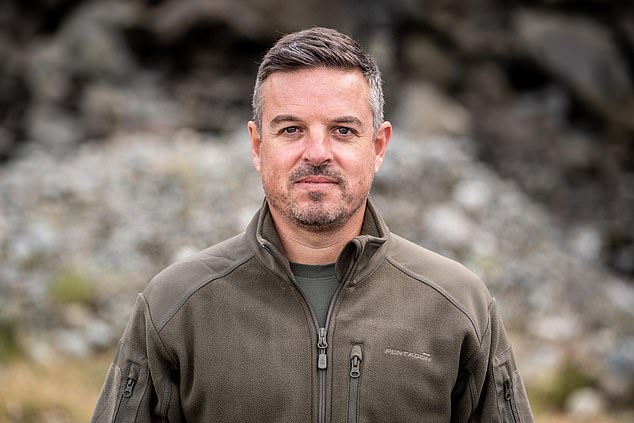 Jamie Cartwright, 41, has revealed he was sexually abused as a child by paedophile football coach Barry Bennell on SAS: Who Dares Wins

The father-of-one said that appearing on the show was a chance to ‘exorcise demons’.

Bennell, 67, is currently serving a 34-year jail term after he was convicted on five separate occasions – four in the UK and one in the USA – of sexual offences against young boys.

In October 2020, he was sentenced to his fifth jail term – four years in prison for nine sexual offences against two boys.

The former Crewe Alexandra coach had pleaded guilty to three counts of buggery and six counts of indecent assault at an earlier hearing in July.

He was already serving a 30-year sentence in HMP Littlehey in Cambridgeshire after being convicted of 52 child sexual offences in 2018.

The court heard Bennell had a detached retina after being attacked in prison and was in remission from cancer. Four of his victims were in court for the sentencing. 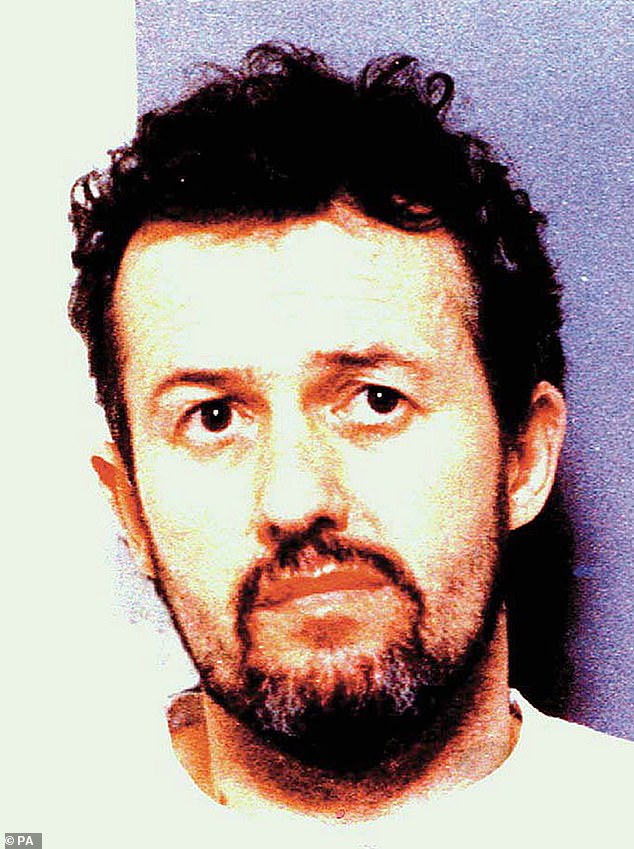 Bennell, 67, is currently serving a 34-year jail term after he was convicted on five separate occasions – four in the UK and one in the USA – of sexual offences against young boys

Judge Patrick Thompson said the sentence would be served consecutively to his current prison term, meaning a total sentence of 34 years in custody.

But the court also heard it would be the final prosecution against Bennell, who will not leave prison until he is at least in his 80s. More than 100 victims are believed to have come forward to allege they were abused by the paedophile.

Bennell, who used to work as a scout for Manchester United and is also known as Richard Jones, was also sentenced to an additional two years on licence.

He worked as a youth football coach in Cheshire, Manchester and Derbyshire in the late 1970s and into the 1990s.

Bennell was first jailed in Florida in 1994 for raping a British boy on a football tour in America, before going on to face prison sentences in Britain in 1998, 2015 and in 2018.

SAS: Who Dares Wins is on C4 at 9pm tonight.

Decades of abuse before he was finally brought to justice: Timeline of the Barry Bennell case

1990: Marries Linda Woodward, sister of one of his abuse victims, Andy Woodward. The couple go on to have two children.

1994: He is arrested while on a 10-week tour of the United States when coaching a Staffordshire youth team.

1995: He is convicted in Florida of four counts of indecent assault on a young boy and sentenced to four years in jail. Spends time in custody prior to his conviction. His victim was also abused by Bennell in Britain, which leads to a domestic investigation.

September 1997: US authorities deport Bennell to the UK at the conclusion of his sentence and on his arrival he is charged with sexual offences relating to a number of complainants.

June 1998: He pleads guilty at Chester Crown Court on the first day of his scheduled trial to 23 counts of sexual abuse relating to 15 complainants, aged from nine to 14, between 1978 and 1992. Victims include Mr Ackley and Mr Woodward. Twenty-two alleged offences are left to lie on file. He is sentenced to nine years in prison.

May 2015: Bennell pleads guilty at the same court on the first day of his scheduled trial to sexually abusing a 12-year-old boy in 1980. He is jailed for two years. His victim did not come forward in 1997 because of the effect he said it would have on his mother. When she died in 2013 he contacted police. The court hears he was abused at Bennell’s living quarters at Taxal Edge while staying with him as he took part in coaching sessions in Macclesfield.

November 2016: Mr Woodward waives his anonymity to give emotional, powerful interviews to the Guardian and BBC’s Victoria Derbyshire programme. It leads to a number of complainants against Bennell contacting police and a fresh investigation begins.

January 2018: Bennell goes on trial at Liverpool Crown Court accused of 48 historical child sex offences against 11 complainants between 1979 and 1990.

February 2018: Bennell is jailed for 30 years at Liverpool Crown Court after being convicted of 52 child sexual offences against 12 boys in 2018.

July 2020: Bennell admits nine more sex offences – three counts of buggery and six counts of indecent assault in relation to two complainants between 1979 and 1988 who were aged between 11 and 14 at the time.

Today: Bennell is sentenced at Chester Crown Court to four years in prison, in addition to the 30-year sentence he is already serving, for nine sexual offences against two boys.