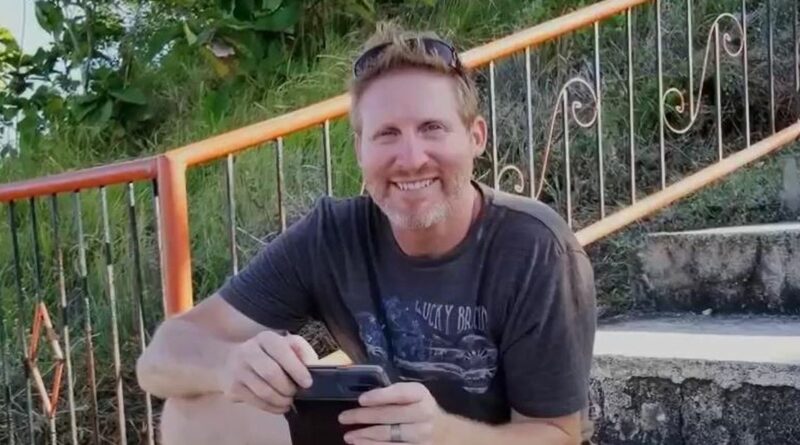 A dad-of-two died on the way home from his daughter's birthday party after his Sat Vav led him to a crumbling bridge, and over the edge and into a creek.

Philip Paxson, 47, was driving home at night from his eldest daughter's birthday party when the device led him to an out of action bridge, decommisioned since July 2013 due to heavy flooding.

His family claimed that the bridge "lacked any barriers or warning signs" that may have prevented his death.

READ MORE: US soldier describes 'utter chaos' of fighting in Ukraine was 'like a video game'

His mother-in-law Linda McPhee Koenig posted a heartbreaking tribute to Philip on her Facebook. She said: "Our family suffered a horrible loss Friday on September 30.

"It was a dark and rainy night and he was following his GPS which led him down a concrete road to a bridge that dropped off into a river.

"The bridge had been destroyed nine years ago and never repaired. It lacked any barriers or warning signs to prevent the death of a 47 year old father of two daughters.

"He will be greatly missed by his family and friends. It was a totally preventable accident. We are grieving his death."

To stay up to date with all the latest news, make sure you sign up to one of our newslettershere.

Police responded to reports that a vehicle had been found overturned in a creek near 24th Street Place Northeast in Catawba County.

Family members are distraught following the untimely death and have slammed the lack of maintenance of the bridge.

In a GoFundMe set up by Philip's sister-in-law said: "This was a preventable accident, the bridge he went over at night had a gaping hole and there were no barricades. It had been this way for many years.

"No one would take responsibility to repair it and now he has to pay the price. Please pray for our family during this most difficult time."

He is survived by his wife, Alicia, and their two daughters Amelia and Juliet.