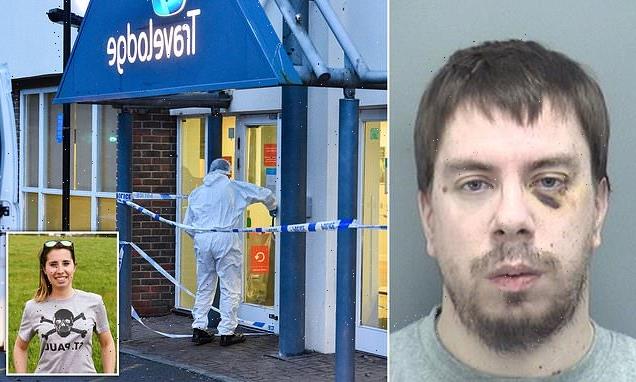 Schizophrenic Travelodge guest, 32, who stopped taking his medication when he bludgeoned 27-year-old receptionist to death with a set of hair-clippers after she ‘smiled at him the wrong way’ is detained indefinitely 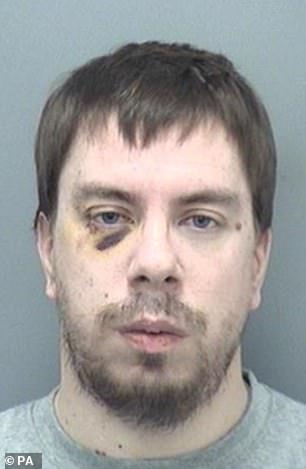 Stephen Cole, 32, has been detained indefinitely

A Schizophrenic Travelodge guest who had stopped taking his medication when he bludgeoned a receptionist to death with a set of hair-clippers has been detained indefinitely.

Marta Vento was ‘taken entirely by surprise’ when Stephen Cole launched the attack in the foyer of the hotel in Bournemouth, Dorset, during her night shift.

Today it emerged Cole had been released from jail two months before the Travelodge attack in December 2020 and had a history of violence.

Cole, 32, grabbed the 27-year-old receptionist then chased her into an alcove before repeatedly punching and kicking her to death during the ‘senseless’ assault.

The hotel guest, who has severe schizophrenia, had run out of his medication and suffered from delusions including believing ‘smoke detectors were surveying him’.

Doctors assessing Cole suggested his attack ‘was a sudden and impulsive decision and caused by the way she smiled and looked at him’.

The prosecutor also said that Cole had been staying at the hotel, with his bill being paid by his parents, only after being kicked out of another after attacking two guests just days earlier.

Judge Angela Morris, at Winchester Crown Court, ordered the defendant to be detained without limit under the Mental Health Act and highlighted the ‘irreversible failures’ made by those who did not spot his deteriorating psychiatric state in the weeks beforehand.

Miss Vento’s father has since demanded answers from authorities as to how Cole was allowed to carry out the attack. 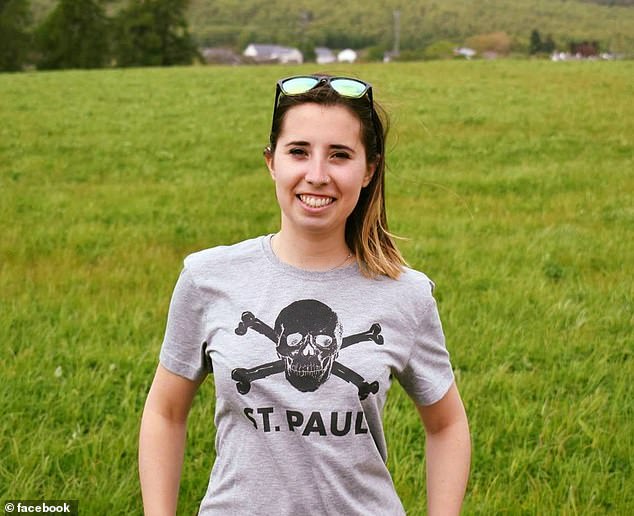 Receptionist Marta Vento, 27, was ‘taken entirely by surprise’ when Cole launched the attack in the hotel foyer during her night shift

‘He has taken the greatest treasure that any family can have’:  Heartbreaking reaction of Miss Vento’s family 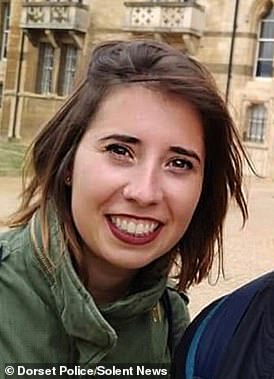 Miss Vento (pictured) was originally from Valencia in Spain

His wife Rosa, Miss Vento’s mother, had such a ‘powerful connection’ with her that they ‘knew what each other was thinking’ and has been left devastated.

Mr Elena-Blas said: ‘I have little to say about myself because I’m empty, I have no desire to keep living.

‘We try to keep the ruins of a happy family still going.

‘After my first shift [back at work] I suffered a nervous breakdown, I’ve lost my self esteem and had suicidal thoughts.’

Mr Elena-Blas also told how he wants to ‘identify the people responsible for protecting [Cole] and allowed him to carry out that attack’.

Miss Vento’s brother, Luis Elena Vento, added: ‘I have no words to describe the pain I have endured.

‘It’s one of the worst forms of torture I can think of.

‘Nothing will ever be the same again. A family’s youngest girl is gone, they have taken the greatest treasure that any family can have.’

Miss Vento, originally from Valencia in Spain, was pronounced dead having been found covered in blood by horrified guests at 7.30am.

Distressing CCTV played to the court showed the ‘prolonged’ attack.

Cole, who could be seen with the back of his head shaved, was holding a pair of hair clippers during the assault.

Prosecutor Tom Wright said: ‘She was taken entirely by surprise… There was a lot of blood in the aftermath of the incident.’

Citing the evidence of a doctor who assessed Cole, Mr Wright added: ‘He was suffering with schizophrenia which led to abnormal functioning.

‘He was suffering persecutory delusions, auditory hallucinations and disorganised thinking and behaviour and that abnormality would have impaired his judgement and self control.

‘He [doctor who assessed Cole] implied it was a sudden and impulsive decision and caused by the way she smiled and looked at her.

‘He was annoyed and believed that she looked down on him.

‘He thought he was being looked down on by staff and the guests and it seemed to manifest in how he behaved to the deceased.

‘He thought that the smoke detectors were surveying him and people were knocking on his window.’

Mr Wright added that Cole also said the act was a way of alerting the emergency services so ‘he would get the treatment he needed’.

Cole remained in the foyer for no apparent reason after the attack, returned to his room to clean himself up, then reported himself at Bournemouth police station before later being sectioned under the Mental Health Act.

Cole told officers: ‘I have just killed someone in a hotel, I think she worked there… I haven’t been getting any sleep, I’ve had no sleep in six days.’

Mr Wright said Cole had been checked on by an offender management team in the weeks before the incident and had been described as ‘becoming agitated’.

Robert Grey, defending, said: ‘It’s plain he demonstrated remorse as he went to the police station and told them what he had just done.’

Mr Grey said when Cole ran out of medication he and his father tried to source more but were unable.

‘He knew he needed it but ran into difficulties getting it, he did try and get it but it was not easy for him’, Mr Grey said.

He added: ‘There’s no doubt that he suffers from a very serious illness.’ 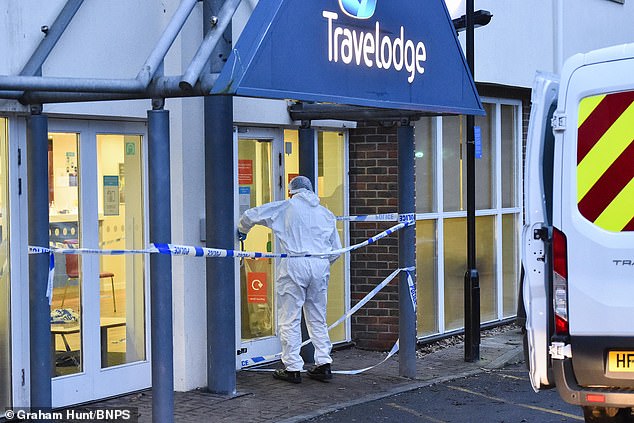 Distressing CCTV played to the court showed the ‘prolonged’ attack at the Travelodge in Bournemouth, Dorset

It was heard Cole was released from jail in October, having been convicted of three indecent exposures in the summer of 2020, and ‘struggled to function’.

He also had a previous offence of battery on his mother in 2018.

The Recorder of Winchester Angela Morris said there were ‘irreversible failures’ in the lead up Cole’s ‘brutal, sustained and horrific’ assault on Miss Vento.

She had ‘no idea of the fate which was to befell her’, Judge Morris said.

Judge Morris said: ‘She was killed by you in what can only be described as a brutal, sustained and horrific attack in circumstances where she was utterly defenceless in the 42 minutes it took you to extinguish her life.

‘She was relentlessly beaten and violently attacked in such a manner that she was not able to breathe while unconscious.

‘She died alone, with no one able to help or save her.

‘How this young woman who had all of her life ahead of her came to be in your path on that fateful morning is a combination of circumstances and an irreversible failure by some to spot the signs of your psychiatric deterioration, despite you and your father trying to obtain the anti-psychotic medication you so desperately needed.

‘Sadly the warning signs were not heeded in time to stop this tragedy.

‘It goes without saying that the consequences for her family are devastating. They now have to pick up the pieces of their shattered lives.

‘She was a bright and vibrant human being and her loss will be felt forever.’

Judge Morris imposed a hospital order without limits. She added: ‘You will need to be treated in a secure hospital for a very long time.’

Cole, who admitted manslaughter on the basis of partial diminished responsibility, will remain at a unit in Fareham, Hampshire.