Home » World News » Schoolboy, 13, may ‘lose his foot’ after gruesome injury impaling it on vape pen 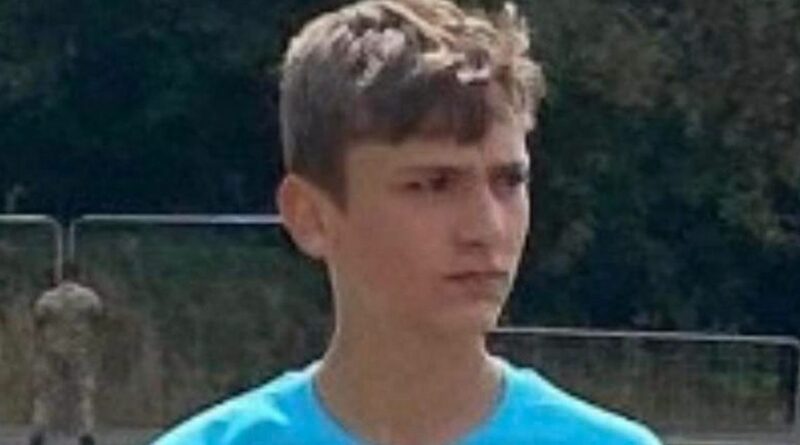 An unlucky youngster may be forced to have his foot amputated after a vape pen impaled through it when he tried to crush the stick “like a Coke can”.

Harley Bennett, 13, found a discarded Elf Bar vape pen and stood it up vertically to stomp on it in a subway in Cirencester, Gloucestershire.

But he quickly lived to regret his decision when the disposable e-cigarette pierced through his thick-soled trainer, sock and skin.

The teen was left in agony with his foot butchered by the four-inch pen as it speared straight through his flesh.

His panicked mum Samantha Robinson, 34, raced him to hospital where he was hooked up to an antibiotic drip and given painkillers before undergoing a two-hour operation and skin graft surgery the following day.

Doctors have since said there is a high possibility that Harley could lose his foot from infection.

Now, the family has spoke out to raise awareness about the importance of disposing vapes correctly.

Harley, from Cirencester, Gloucestershire, admitted: "I wasn't thinking, I don't know how to explain it. I just stamped on it and it just went straight into my foot. It was very painful.

"The moment where the doctor told me I could lose my foot was very, very stressful.”

Whilst Samantha added: "It was really shocking. I felt sick, scared, I didn't know what was going on.

"The hospital hadn't come into contact with anything like this before. It was the first they'd seen of it.

"It must have been very shocking for them as well. I had all the nurses asking to look at the pictures I had because they were so gobsmacked

"The size and width of the puff bar went the majority of the way in, and jammed into the top of the heel bone, which cracked it. It was a clean cut of flesh gone.”

For the nine weeks following the incident, the devoted parent had to change and clean her son's bandages daily with the youngster also having to go into hospital every few days to have the wound checked.

Although Harley is now on the road to recovery, Samantha claims that the failed skin graft will likely leave a small dip in the teen's foot for life.