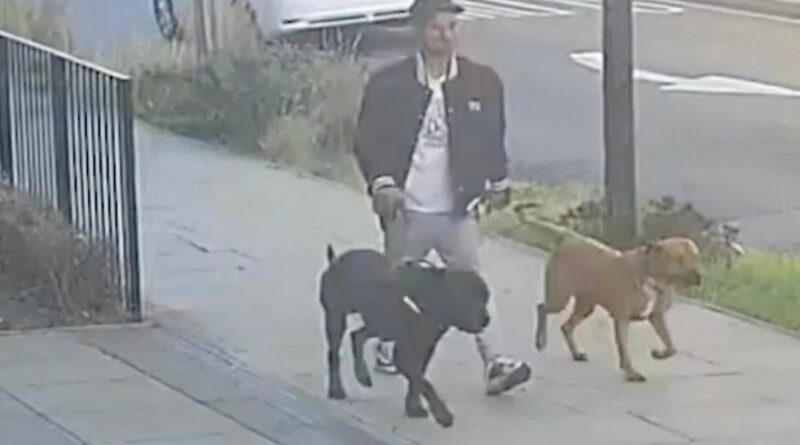 An 11-year-old girl was rushed to hospital with serious injuries after being savagely attacked by a dog on her walk to school.

The child, who was left 'traumatised' after her bones were broken in the ordeal, was walking on Ben Jonson Road in Stepney Green, Tower Hamlets, East London at around 8.30am on September 28.

But when she passed a man, who was walking two dogs, one of the animals lunged at the young girl and bit her several times on the hand and arm.

A passing taxi driver jumped in to help free the victim from the dog’s grip. The girl was rushed to hospital where she stayed for several days receiving treatment.

The man left the scene with the dogs before the police arrived, My London reports.

The Met Police have now released CCTV footage of the incident to aid their search.

In a statement, they said: "Detectives investigating a dog attack that left an 11-year-old girl in hospital have released video footage of the dogs and their owner.

"The victim was walking on Ben Jonson Road in Stepney Green, Tower Hamlets at around 08:30hrs on Wednesday, 28 September when she passed a man with two dogs.

"As she did so, one of the dogs lunged at her and bit her several times on the hand and arm."

Detectives investigating the dog attack have released video footage of the dogs and their owner.

Detective Inspector Luke Hampton said: “This was a shocking and sustained attack on a young girl as she walked to school.

"The incident not only left her with serious injuries – including broken bones – but has also left her traumatised. We need to quickly identify the owner of these dogs to make sure this does not happen again.”

Anyone with information is asked to call 101 with reference 2628/28SEP.