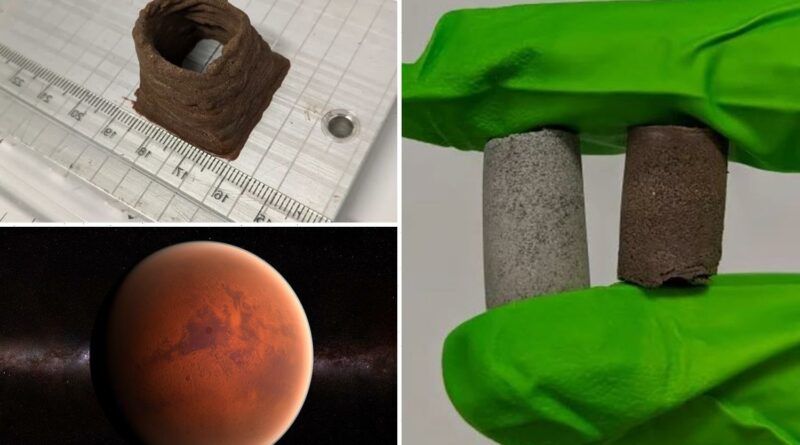 BLOOD, sweat and tears from astronauts has been used to make a new 'space concrete' that could aid construction on Mars.

Scientists from the University of Manchester created the concrete-like material, which also contains space dust. 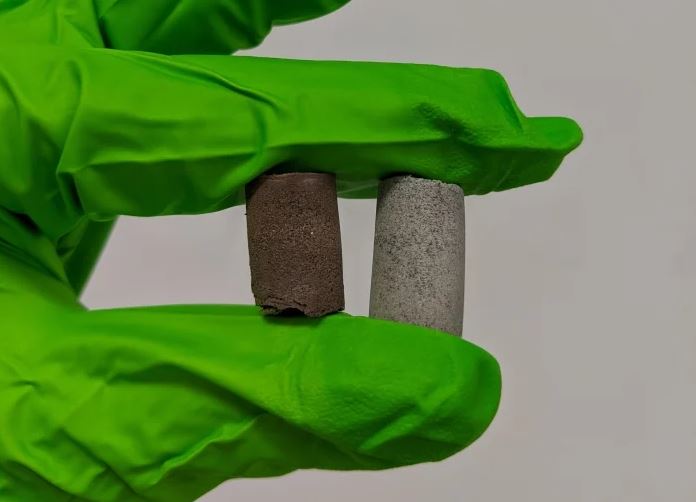 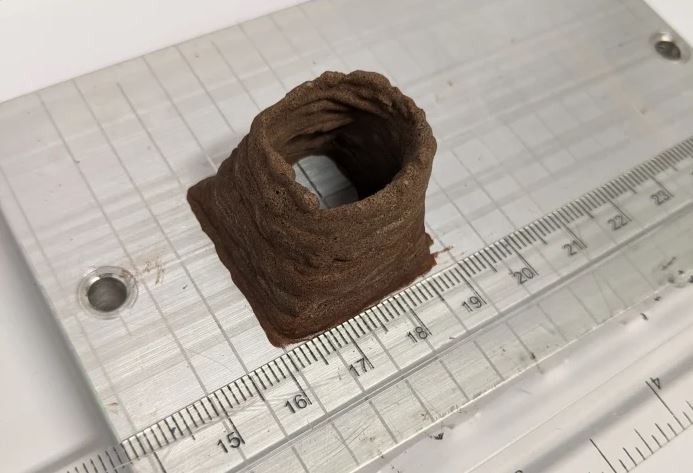 Researcher Dr Aled Roberts said: "Scientists have been trying to develop viable technologies to produce concrete-like materials on the surface of Mars, but we never stopped to think that the answer might be inside us all along."

According to the experts, it could cost around $2million (£1.5million) to transport a single standard brick to Mars.

This is why lots of scientists are looking into more cost-effective and sustainable ways to build in space.

In a study published in Materials Today Bio, Dr Roberts and colleagues have explained how their 'space concrete' could be viable option.

It combines a protein from human blood, a compound from sweat, tears or urine and Moon or Mars soil.

The resulting product is said to be a product stronger than concrete that could build structures in extra-terrestrial environments.

The scientists have called their material AstroCrete.

It's predicted that 500kg of AstroCrete could be created over a two year period on Mars.

Six astronauts would be needed to make this amount.

The aim would be for each astronaut to create enough AstroCrete for the habitat to be expanded for additional crew members.

Crew numbers could then double in size for each consecutive misson.

The scientists noted how animal blood was historically used to bind mortar for building homes here on Earth.

Dr Roberts said: "It is exciting that a major challenge of the space age may have found its solution based on inspirations from medieval technology."

Find out more about science

Want to know more about the weird and wonderful world of science? From the Moon to the human body, we have you covered…

In other news, Elon Musk says SpaceX can put astronauts back on the Moon by 2024.

Musk is working on a Tesla robot that looks like a human – and will perform "boring or dangerous tasks".

And, Nasa's Mars helicopter has been whizzing across the red planet.

We pay for your stories! Do you have a story for The Sun Online Tech & Science team? Email us at [email protected]