Scientists create hi-tech tattoo that detects cancer before any symptoms: Marking only become visible if there is a rise in calcium levels in the body 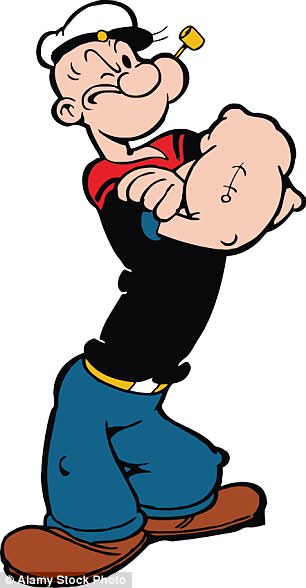 A smart tattoo that only appears on the skin if somebody has cancer could help patients get diagnosed and treated sooner.

When it appears, the hi-tech tattoo, which is still under development, looks like a large brown mole about the size of a five pence piece.

It is placed on the bottom of the forearm, where the skin is usually paler, to make it easier to see. The tattoo will only become visible if it detects a rise in calcium levels in the blood and skin — which can be an indicator of cancer.

Scientists make the tattoo by removing a small number of each patient’s skin cells using a local anaesthetic.

They then genetically modify the cells in the laboratory to release large amounts of melanin — the pigment that causes skin to darken when we sunbathe — if there is a sharp increase in calcium. These altered cells are injected back into the skin where they remain the same colour as surrounding tissue unless calcium levels spike.

Calcium is the most abundant mineral in the body and is needed by every cell in order to function effectively. For example, it helps muscle cells to contract properly, plays a key role in keeping the nervous system healthy, and is vital for strong bones.

Our bodies get the calcium they need from food such as milk, cheese and other dairy products.

The mineral is stored in our bones, and its release is tightly controlled by four tiny glands — the parathyroid glands — located in the neck.

An excess of calcium in the body is one of the hallmarks of numerous types of cancer, including breast, prostate, kidney, head or neck tumours and myeloma, which affects bone marrow.

Cancerous growths drive up calcium levels in the blood by drawing the mineral out of adjacent bones. Tumours can also stop the kidneys from processing calcium properly, resulting in more of the mineral circulating in the blood.

Doctors have known for years that raised calcium levels in the blood are a strong indicator that a tumour may be growing, even when there are no other obvious signs or symptoms.

But identifying excess calcium can be difficult as the symptoms are quite vague, ranging from lethargy and weakness to loss of appetite and constipation.

As a result, it often goes undiagnosed and cancer remains undetected until it has become quite advanced. Between them, breast, prostate and kidney cancers claim the lives of nearly 28,000 people a year in the UK.

Scientists at ETH Zurich University in Switzerland, where the new tattoo is being tested, hope it can eventually be given to anyone who wants to monitor their own health and be on the lookout for signs of cancer. Their research involved genetically altering skin cells so that they ‘grew’ calcium receptors — proteins on the outside of the cell — that allow calcium to lock on to the cell.

Scientists at ETH Zurich University in Switzerland (pictured) where the new tattoo is being tested, hope it can eventually be given to anyone who wants to monitor their own health and be on the lookout for signs of cancer

This effectively means the cells can detect any rise in calcium.

Once they do, the cells release an enzyme, called tyrosinase, that produces the melanin needed to make the tattoo appear on the skin.

Scientists tested the tattoo on animals diagnosed with tumours and found it showed up within days of calcium levels increasing, even when there were no other symptoms of cancer, according to results published in the journal Science Translational Medicine.

Once the ‘mole’ appears, patients are advised to see their doctor for further investigations.

The experimental tattoo could be tested in humans within the next two to three years.

Cancer Research UK said the tattoo was ‘exciting’ but stressed raised calcium levels can also be due to other medical conditions, such as kidney disease or hyperparathyroidism — a condition affecting the four tiny parathyroid glands in the neck responsible for controlling the body’s calcium supply.

Spokeswoman Dr Catherine Pickworth said: ‘The idea that “wearable technology” could one day act as a warning sign for cancer is exciting.

‘But it’s early days for this research and we need to see if the results hold true in people.’