The whales were victims of a hunt which sees fishermen slaughter dozens of pilot whales for their meat as part of a century-old tradition.

Gruesome images show the defenceless whales lining the beach after being cut up and dragged to the shore in Torshavn, Faroe Islands.

The whale hunt is a century-old tradition on the islands and villagers watched on as the slaughter took place on Tuesday.

Villagers consume the meat and blubber by boiling it or serving it up as steak. 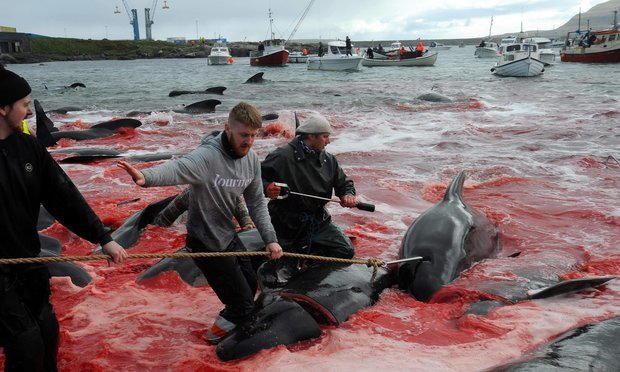 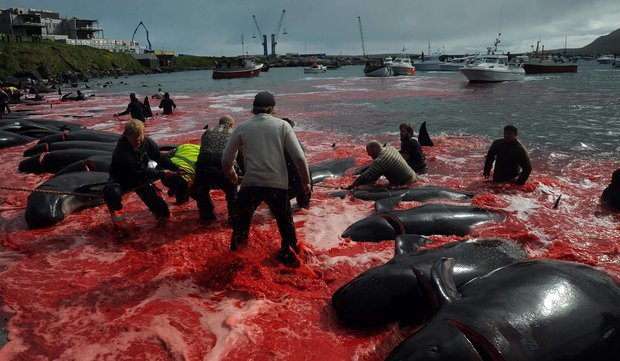 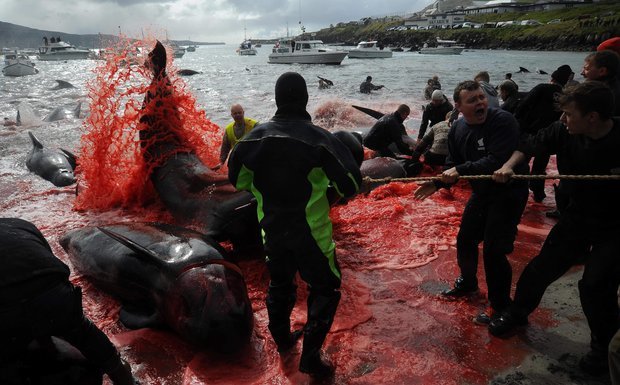 Pilot whaling is subject to Faroese legislation. All hunters must have a hunting license.

The Blue Planet Society slammed the slaughter and said the animals had been “brutally and cruelly slaughtered”.

They wrote in a statement: “Around 130-150 pilot whales and 10-20 white-sided dolphins were brutally and cruelly slaughtered in the Faroe Islands today.

“Approximately 500 cetaceans have now been killed ‘for food’ in these islands since the beginning of 2019.

“The Faroe Islands are part of the Kingdom of Denmark (an EU country). Both pilot whales and white-sided dolphins are protected in the EU.”