BREAKING NEWS: Semi-truck speeds into a crowd of George Floyd protesters gathered on a Minneapolis highway

A semi-truck barreled into a line of George Floyd protesters marching on a closed interstate near downtown Minneapolis on Sunday night.

Video captured the massive rig speeding down the I-35W bridge at about 6pm local time as protesters taking up all lanes of traffic fled out of its path.

It did not appear that the truck hit anyone before it came to a stop in the middle of the road.

Protesters were seen approaching the driver’s door and pulling him onto the roadway before police arrived to control the scene.

The Minnesota Department of Public Safety (MDPS) said the driver, who was not identified, was placed under arrest before being taken to the hospital with non-life threatening injuries.

Authorities said the driver’s motives were unclear but his actions appeared to be deliberate. 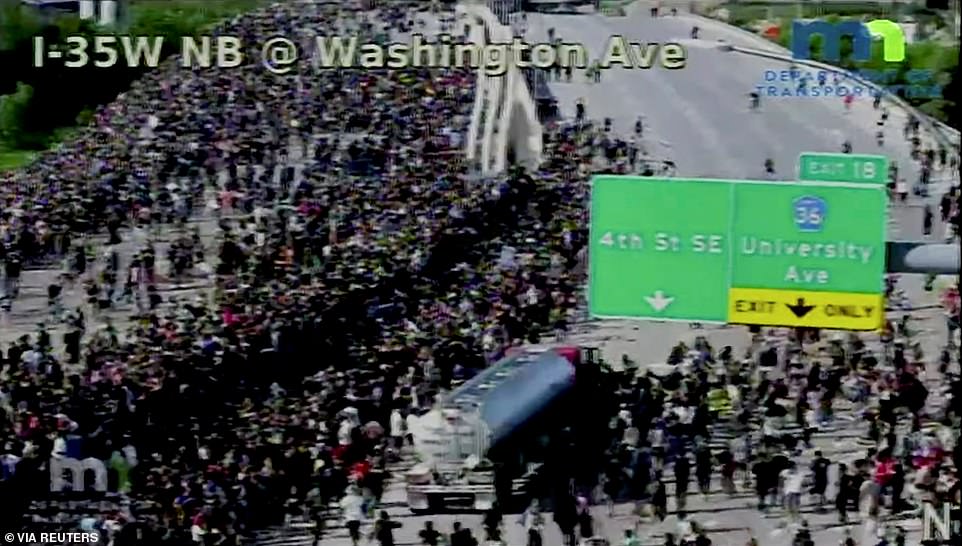 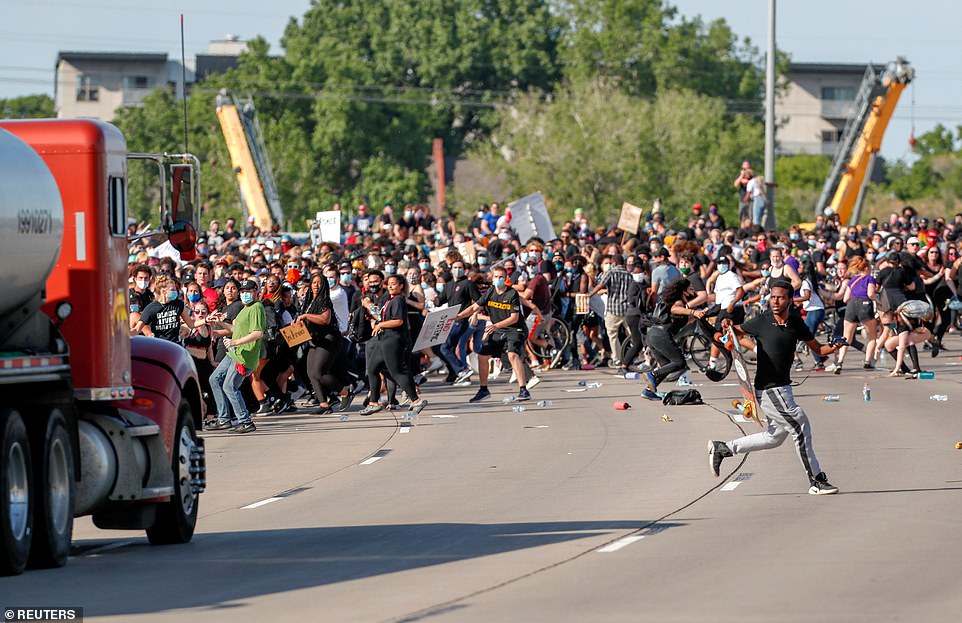 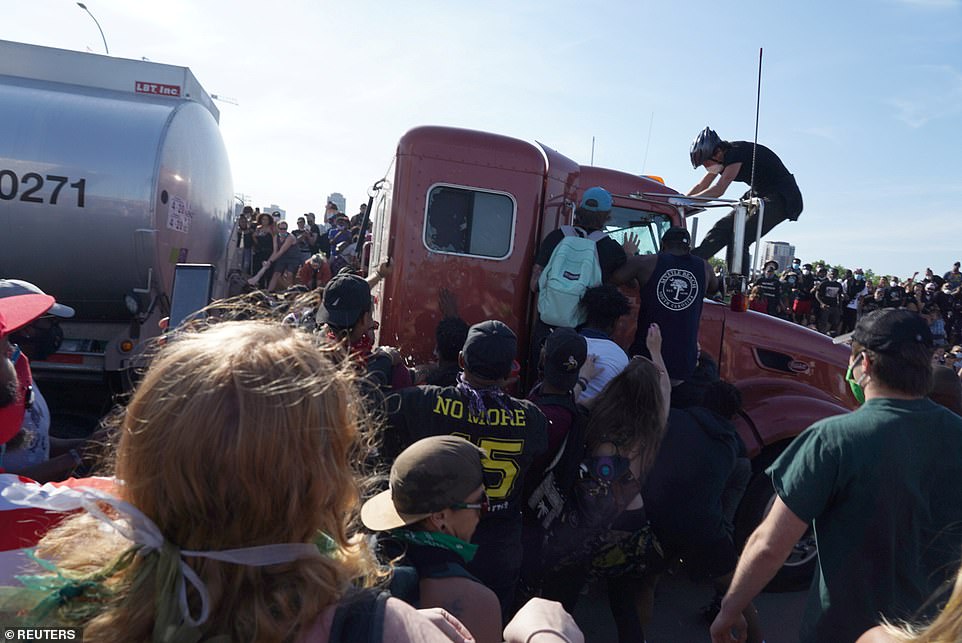 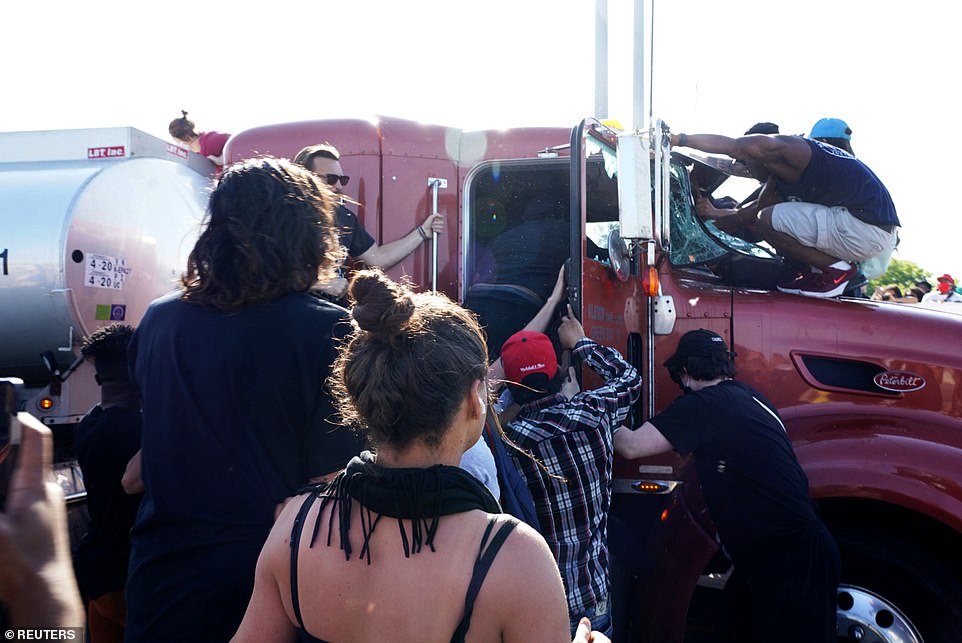 The protesters were seen pulling the driver onto the roadway before police arrived to control the scene. The driver was placed under arrest and hospitalized with non-life threatening injuries

Interstate 35 was closed on Sunday as hundreds of protesters gathered to march south across all 10 lanes of traffic.

It’s unclear how the semi-truck, which appeared to be an oil tanker, managed to gain access to the roadway.

The truck was traveling northbound when it came upon the demonstration and maintained a high speed as protesters scattered.

After the truck came to a stop, several protesters approached and pulled the male driver out of the front seat.

MDPS said the driver was injured but did not offer any specifics about the apparent confrontation with protesters.

Minnesota Gov Tim Walz said of the incident: ‘Law enforcement responded immediately. Had to clear the bridge. Incident underscores the volatile situation we have, don’t know motives of the driver at this time. At this point in time to not have tragedy and many deaths is an amazing thing.’

This is a developing story. 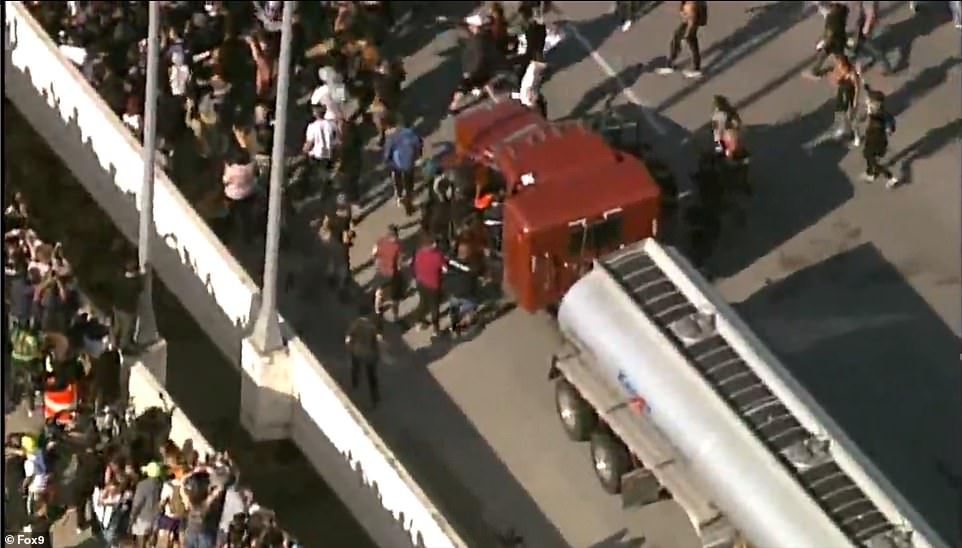 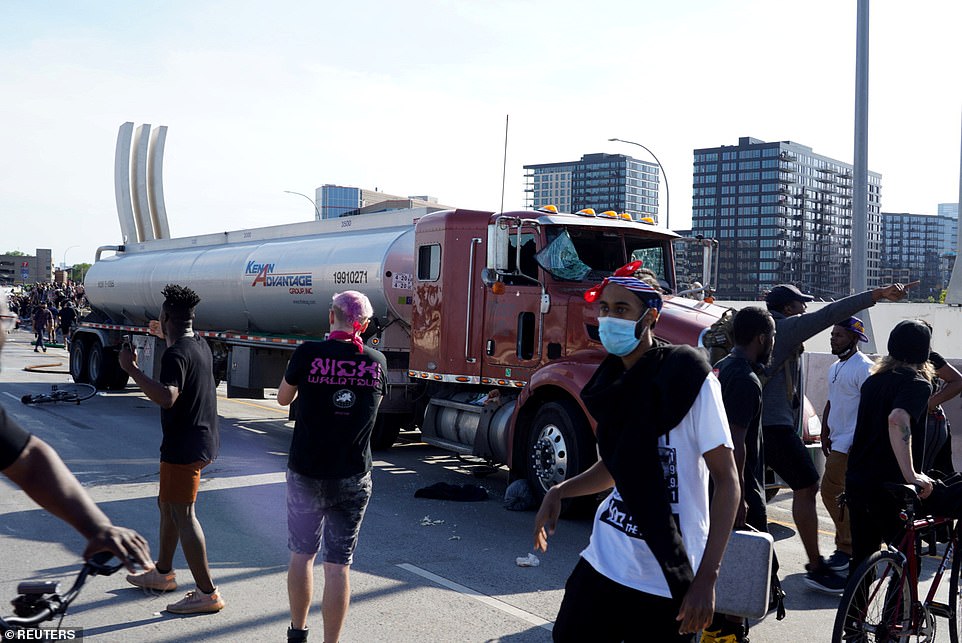 It did not appear that anyone was hit by the semi-truck. Protesters are seen near the truck after the driver was removed 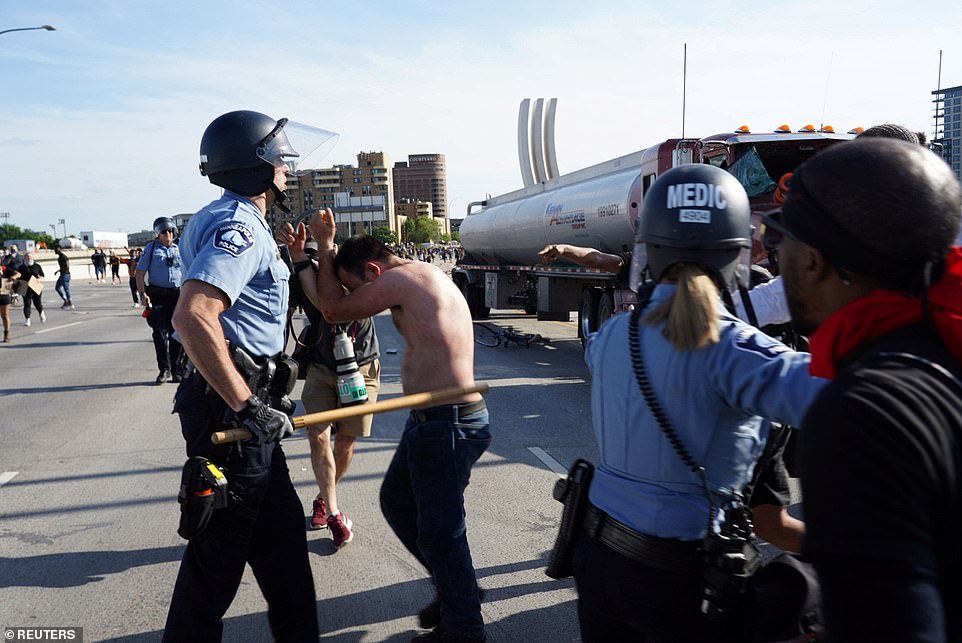 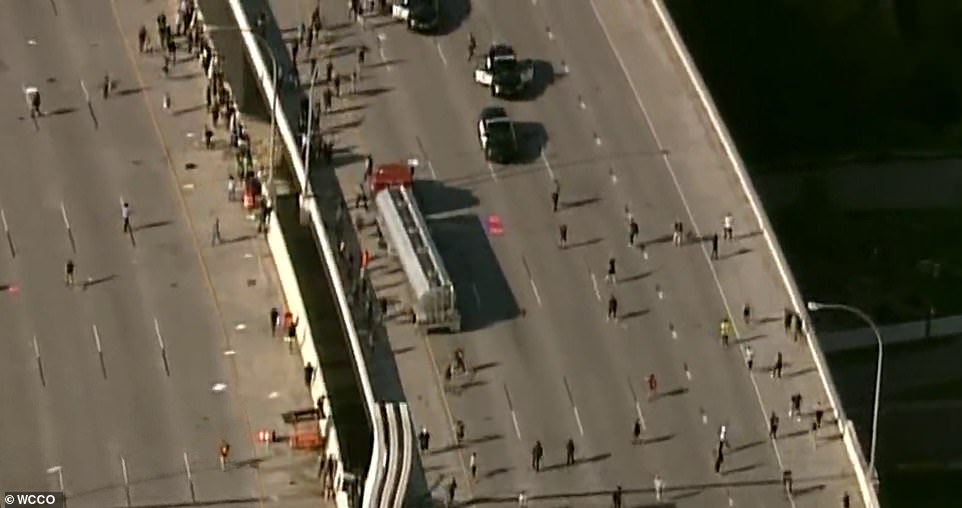 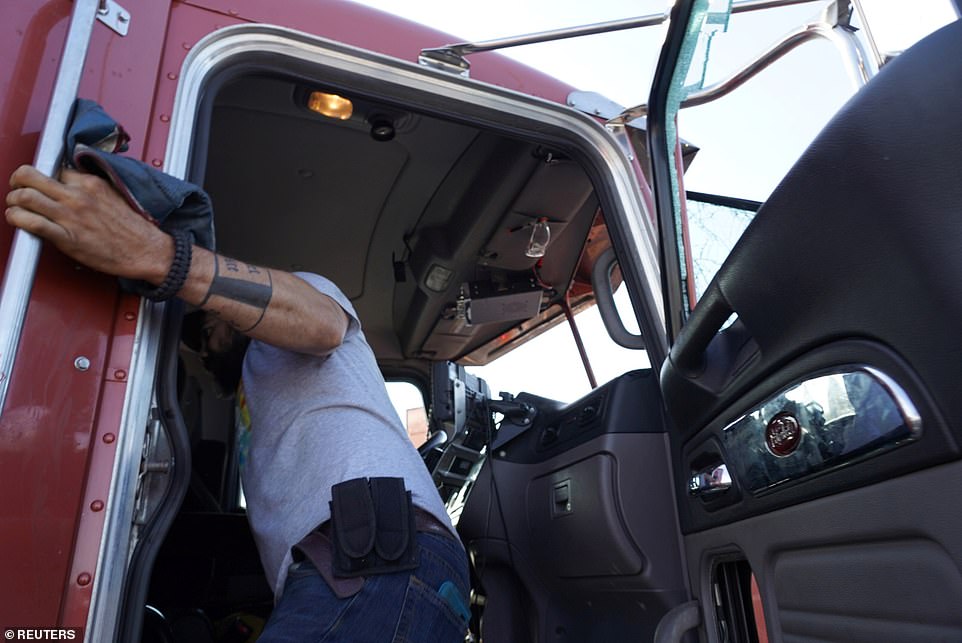