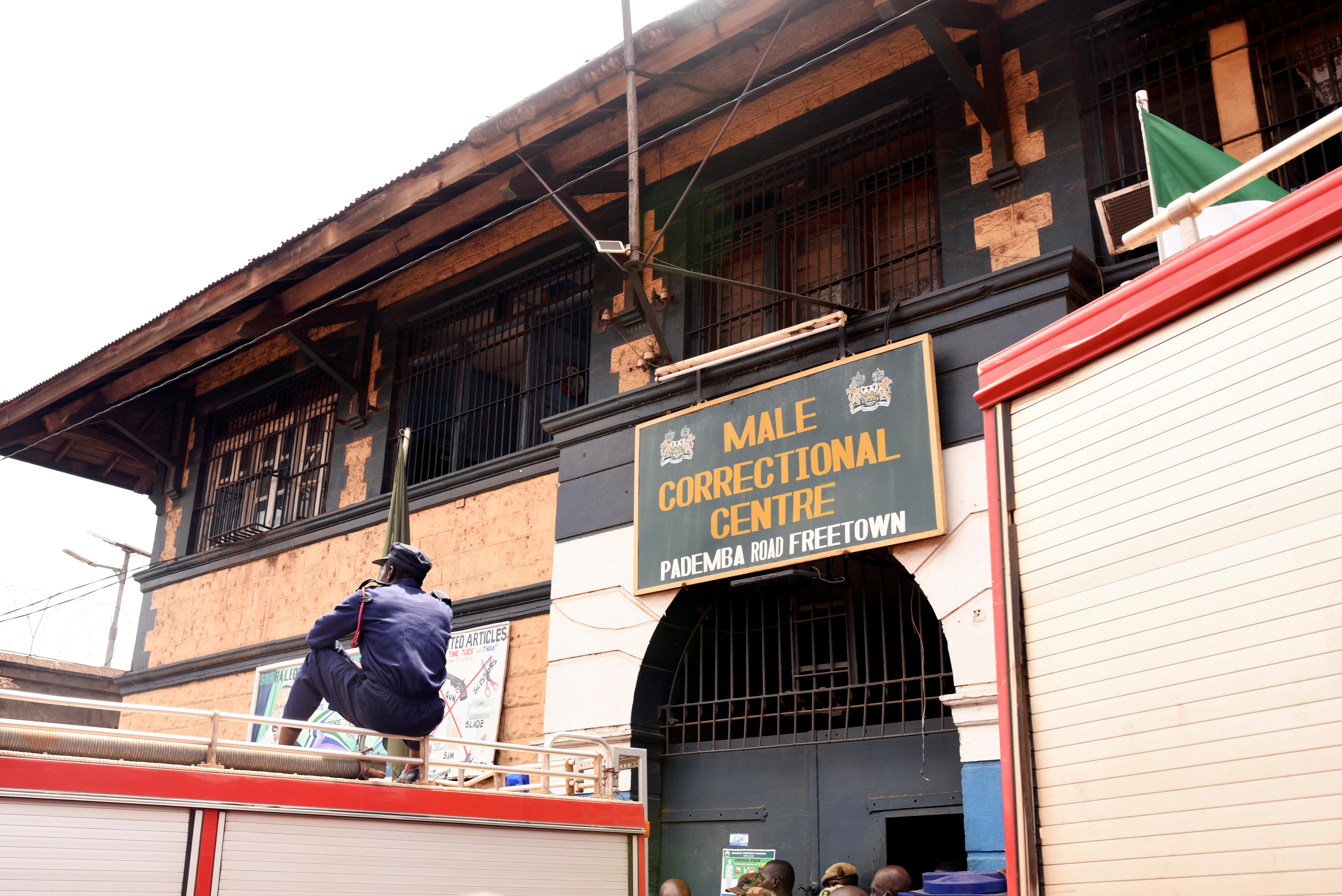 FREETOWN (Reuters) – Five inmates and two prison officers were killed in a riot at a prison in Sierra Leone’s capital on Wednesday, a police spokesman said.

Police officer Abu Bakarr Kallon confirmed the death toll to Reuters on Thursday, but did not give further details on the riot.

The violence at Pademba Road Prison in Freetown followed confirmation of a coronavirus case there earlier in the week, but the government said it believed the unrest was caused by a failed prison break and not related to the epidemic.