Sex abuse survivor, 42, who broke nearly every bone in his body trying to kill himself in road bridge jump turned his life around to run £3m-a-year firm 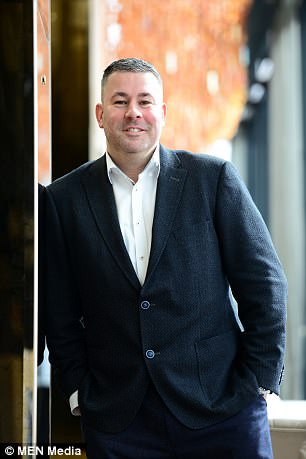 A sex abuse survivor who broke almost every bone in his body trying to commit suicide has spoken out about how he turned his life around to build a multi-million pound business.

Michael Josephson MBE suffered horrific sexual, physical and mental abuse as a child and was so overcome by trauma that he tried to end his life on December 28, 1998.

Michael jumped off a bridge in Cheshire, breaking nearly every bone in his body – but miraculously, he survived.

And while being treated for the catastrophic injuries he sustained in hospital, Michael decided he would not let those who harmed him beat him again.

Michael, 42, said: ‘That was the turning point of my life. I thought – I want to be a success, I want to live, I want to help other young people.

‘Why should I let other people finish me off?

‘I gave in to the bullies by jumping off that bridge. You should never give in to bullies.’ 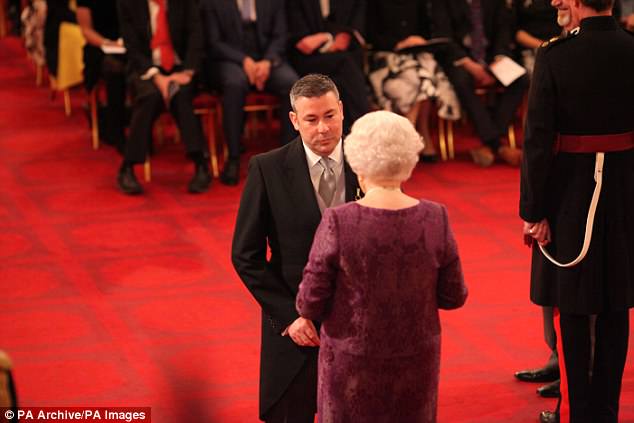 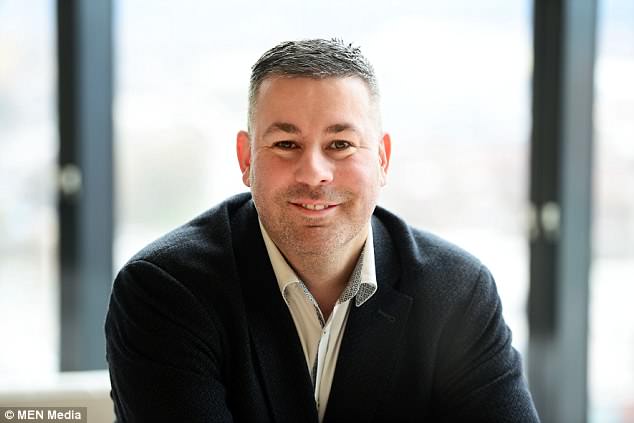 Michael worked hard to build a multi-million-pound business in the following years and raised a staggering £3.4m for Childline and the NSPCC.

He was awarded the MBE by the Queen in 2016 for his services to charity and now he is planning his own charity ball to continue his fundraising drive.

Michael described his childhood as ‘hell’ after the death of his mother when he was aged just 11.

He was abused as a vulnerable child in the care system.

Despite his tumultuous upbringing – being passed from different care homes and suffering more bullying and abuse – he enrolled himself in college aged 16.

He got a BTEC in business and finance and followed up his studies with a job working in the import and export business.

But away from work his mental health continued to suffer – particularly as he then struggled to come to terms with his own sexuality – and he spiralled out of control.

In the early hours of December 28, 1998, Michael headed to a bridge with plans to end his life. 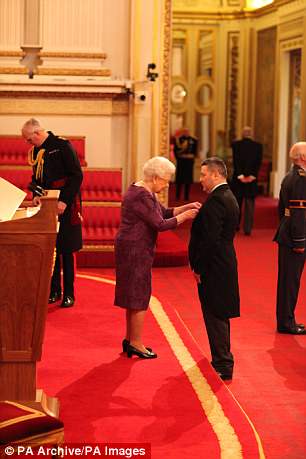 Mr Josephson, 42, was 22 when he attempted to take his own life because of his past trauma

Michael said: ‘I’d been taking a lot of alcohol and drugs, I wasn’t sleeping at night and I was taking tablets to keep me calm during the day.

‘It was the first year I’d not been to put flowers on my mum’s grave and it had eaten me up. I went out and decided I didn’t want to be here anymore.

‘I went to the bridge and my legs were dangling over, and the next thing I knew there was police there, ambulance there. I think I was on the bridge three hours.

‘In the end I didn’t want to jump, but in my head, I’d dug my own grave. I thought if I climb back over I’ll be arrested for wasting police time or put in a lunatic asylum.

‘I just thought I’m going to have to jump. But pushing myself? I have no recollection of that.

‘I was in hospital for months after that – I had fractures in my back, I’d shattered both ankles, the tibia and fibula in both legs snapped.

‘But they said it was a miracle I’d survived. I landed standing up, and if I’d fallen any other way I’d have been dead. 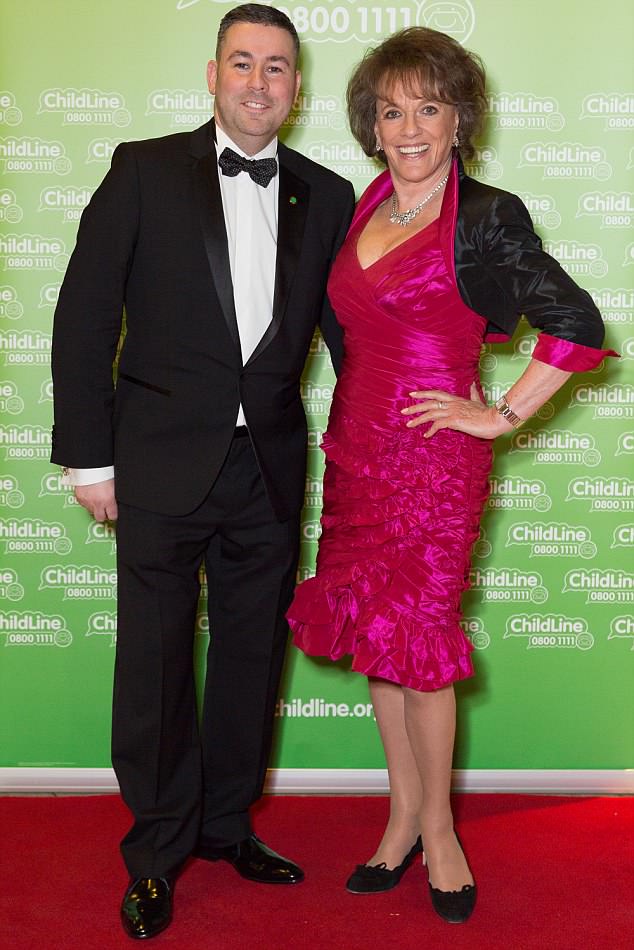 ‘But as I lay there in hospital I knew I wanted to be a success – to make money and to give back money to those in need as well.

‘I wanted to make my mum proud of me.

‘I’d broken pretty much every bone in my body and had many operations, but I came out a new man.’

He returned to the business he had just started with partners, Stocks Manchester Ltd, buying end-of-line and discounted stocks and supplying them to discount stores.

Michael said: ‘People supported me, the business went on, I came back, and I really threw myself into business.’

Stocks grew its annual turnover to £7m, and in 2015 Michael ended the previous partnership and started out on his own as Stocks 2015 Ltd, based in Trafford Park.

‘Recently I’ve changed the angle of the business to move it into higher end and niche, we buy really high-end brands, anything from L’Oreal to Revlon on cosmetics, designer sunglasses and watches, Bulgari Chopard and Hermes.

‘It makes me feel very proud, I’d like to build a successful high turnover business and know that personally I’ve been a success to myself and built a company I can be proud of. 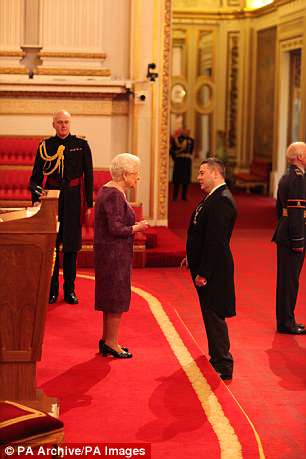 Michael’s association with Childline, the helpline for abused children, also started after he left hospital, when he was invited to attend the annual Childline ball as a guest.

Michael said: ‘That evening I started to tell them how I wanted to give back. Childline couldn’t help me, I was too frightened to ring up when it could have saved me from all that pain and abuse, but I hoped it could help others.’

Michael became close friends with Childline founder, Dame Esther Rantzen, and it was through her that he felt able to first reveal his horrific childhood experiences to a wider audience.

Michael said: ‘At the Childline Ball Esther told my story and I didn’t know if I would let people in the room know it was me.

‘But as she was telling the story people who knew me started looking at me, and three people on my table were crying.

‘She asked if I wanted to get up and I just stood. That was the first time I publicly did it. I got a standing ovation. So many people contacted me afterwards.’

Michael decided last year that after 15 years of supporting Childline he wanted to be able to help other charities and reach out to more children – and so decided to start his own charity ball which will each year support different charities.

The inaugural Michael Josephson MBE Summer Ball has already sold out and will see a star performance from singing legend Lulu performing a 40-minute concert with her 5-piece band, raising money for Variety, the children’s charity, the Seashell Trust and The Frost Foundation on June 30.

Michael who lives with his civil partner, Lindon, in Cheshire, said: ‘Now I have everything to live for. I’ve got a partner, I’m happy and I’ve learnt to love and be loved.

‘The things I’ve learned is that you can’t hide in the past and you shouldn’t look back – you need to look forward into the future and how you can help yourself and other people.

‘I’m a great believer in giving back.

‘It doesn’t matter if it’s a pound or £100 – giving something means something. If you’ve been through trauma and heartache you know how much it means to help. 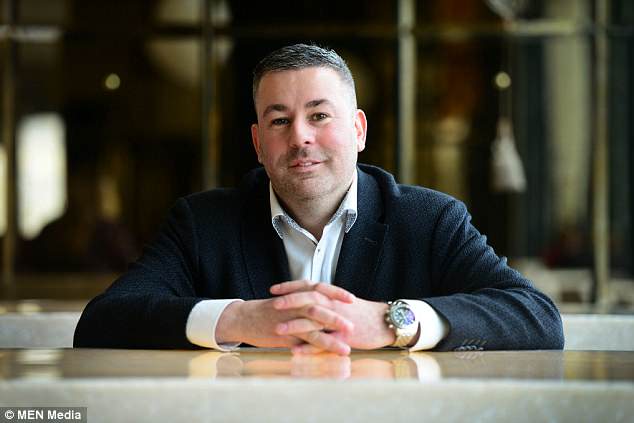 It’s not just finance and money, I’ve tried to mentor other people too.’

Michael has become vice-chairman of patrons of Variety, and last month launched their new Patrons of the North, where businesses and business people can pledge financially over three years to support the charity and its ethos.

The launch night alone has helped to raise over £200,000 for the charity.

For confidential support call the Samaritans in the UK on 08457 90 90 90, visit a local Samaritans branch or click here for details.