Sex Discrimination Commissioner Kate Jenkins has stressed the need for the Morrison government to impose an onus on employers to prevent sexual harassment, saying this had existed in Victoria for a decade without any adverse impact on business.

Ms Jenkins has recommended amending the Sex Discrimination Act to impose a positive duty on all employers to take reasonable measures to eliminate sexual harassment and sex discrimination. 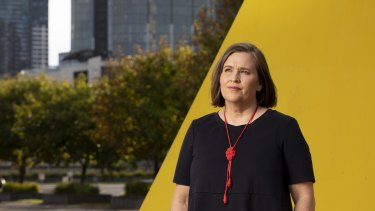 She said this would oblige employers to prevent sexual harassment in the workplace rather than rely on complaints from victims.

The Morrison government has not included this key recommendation from her landmark report on sexual harassment in the workplace in the [email protected] Bill, which is due for debate in the Senate this week.

The federal government has argued the positive duty exists in workplace health and safety laws and says it wants further evidence of the need to add it to anti-discrimination rules too.

Labor and the Greens have flagged amendments to the [email protected] Bill, including introducing the positive duty.

Shadow minister for women Tanya Plibersek said the bill the government had put up was “nowhere near strong enough” to deliver the changes Ms Jenkins had proposed.

Ms Jenkins told a Senate inquiry last month that introducing a positive duty nationally would not impose an undue regulatory burden and had a greater chance of reducing the cost of sexual harassment to business.

“Similar duties have been on the books in Victoria for a decade without any adverse impact on business.”

“It’s important there is national consistency to addressing workplace sexual harassment and all workers will benefit from a unified approach,” Ms Jenkins told this masthead.

“There are a number of key differences in the operation of federal, state and territory anti-discrimination legislation relating to sexual harassment, and inconsistencies across jurisdictions can further complicate complaints processes for victim-survivors.”

In its response to Ms Jenkins recommendation on the positive duty, the federal government said it would “assess whether such amendments would cause further complexity, uncertainty or duplication in the overarching legal framework”.

The Coalition party room also this week approved further changes to the legislation, but Attorney-General Michaelia Cash’s office declined to comment on what this entails.

The government says it is willing to deal in good faith with Labor on its amendments once it sees the details.

In 2019 the Victorian Civil and Administrative Tribunal awarded $150,000 in compensation after an employee at Parker Manufactured Products was touched inappropriately at work by a male colleague, who also drove her home when she was unwell after work and got into bed with her.

VCAT found Parker Manufactured Products and the male employee jointly liable under the Victorian Equal Opportunity Act. It said the company did not conduct a proper investigation and there was no credible evidence it had taken reasonable precautions to prevent the harassment occurring.

On its website the Victorian Equal Opportunity and Human Rights Commission cites an example of a large business meeting a positive duty.

In the hypothetical example given, the business conducted a confidential staff survey that revealed women were uncomfortable with the level of sexual banter in the office but their grievances were not treated seriously or confidentially.

As a result, management agrees to review policies and provide training for all staff on their rights and responsibilities.

The Australian Chamber of Commerce and Industry said an additional, overlapping and potentially lesser standard of prevention in the form of another positive duty would add to the confusion in what was already a complex system. 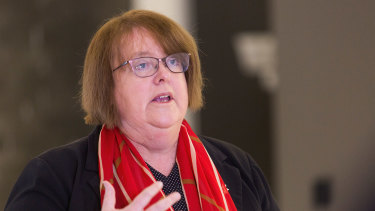 Jenny Lambert from the Australian Chamber of Commerce and Industry.Credit:Paul Jeffers

“This could risk detracting from, rather than advancing, prevention of sexual harassment,” said director of employment and skills Jenny Lambert.

“Feedback from businesses is that they want to do the right thing but are confused by the current system of overlapping obligations.”

Ms Lambert said a far more effective approach was to ensure that employers were clear on their obligations and implementing best practice initiatives for businesses of all sizes.

“The government’s approach, as outlined in its response to the [email protected] Report, of first assessing whether introducing a positive duty in the Sex Discrimination Act would create further complexity, uncertainty or duplication, is a sensible one.”

Ms Jenkins said there was value in the states learning from each other’s approach.

“Victoria’s positive duty is just one example; the broader legislative coverage of sexual harassment in Queensland is another.”

Queensland’s Industrial Relations Minister Grace Grace has complained about the federal government’s “limited and inadequate consultation” with state jurisdictions over the best approach and changes to national workplace laws.

Queensland is reviewing its industrial relations and anti-discrimination laws. This will include options for legislating a positive duty on all employers and consider how to protect casuals and people in the gig economy.