This is the terrifying moment a nurse shark chases after a fleeing snorkeler in the US Virgin Islands.

The heart-stopping video, filmed off the coast of Maho Bay, shows Dan Aquino following a turtle 200 yards from the shore. 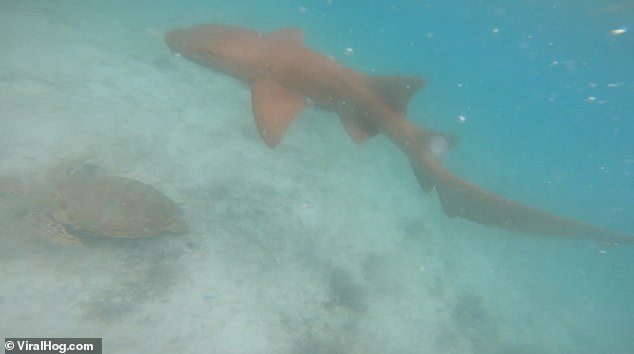 The slow-moving, lurking predator, which is often found in the Bahamas, comes closer to the snorkeler who desperately tries to swim away.

The shark, which can grow up to 14 feet, then comes into contact with Dan who attempts to push it away.

He then uses his GoPro to hit the ominous shark on the head and kicks his foot attempting to scare off the shark.

Thankfully, the predator then swims away, apparently deterred by the flailing snorkeler. 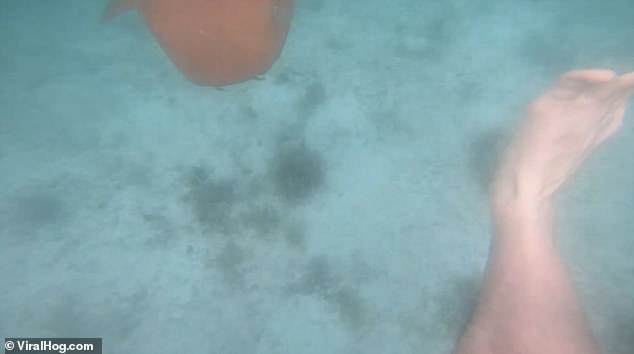 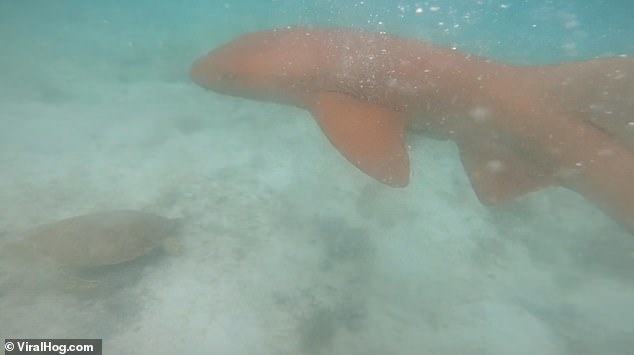 Thankfully, the predator then swims away, apparently deterred by the flailing snorkeler

Even though nurse sharks are known for their apparently docile and sedentary nature, they are ranked fourth in documented shark attacks on humans.

Dan said: ‘I know that nurse sharks are usually friendly and do not bother swimmers.

‘While watching a turtle at Maho approximately 200 yards from shore, this nurse shark found me very interesting and swam right at my face.

‘I had to use my go pro to bop him on the head once and then my foot to to kick at him.

‘I have no idea why this nurse shark would do this.

‘We swam by many of them and everyone of them ignored us and swam on; not this guy.’