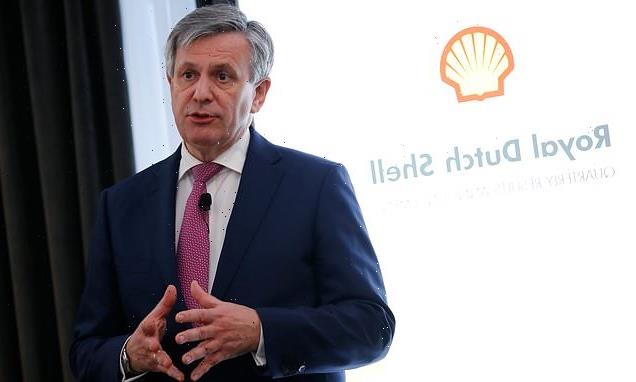 The chief executive of Shell has been criticised after his firm cashed in on the cost of living crisis – leaving him with a lucrative windfall.

Dutchman Ben van Beurden, 63, has seen the value of his shares in the oil and gas giant rise by £7 million after the price of energy soared.

The figures are likely to anger families facing eye-watering hikes in their energy bills. 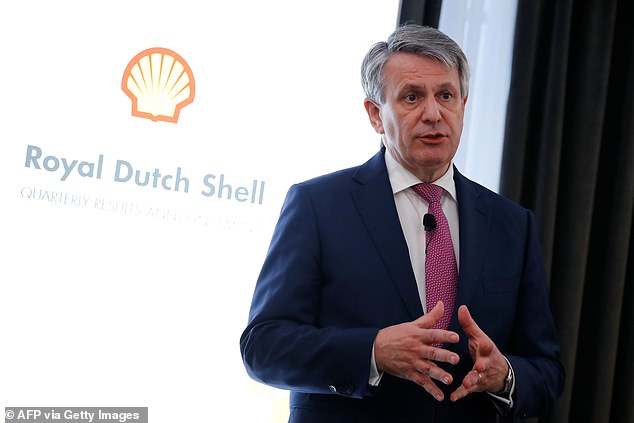 Dutchman Ben van Beurden, 63, has seen the value of his shares in the oil and gas giant rise by £7 million after the price of energy soared

A sharp rise in wholesale gas prices forced energy regulator Ofgem to increase a cap that limits what suppliers can charge consumers in England, Scotland and Wales.

Consumers are facing other demands on their income, including rising food, broadband and mobile phone costs.

The pressures have sent inflation to a 30-year high. The Bank of England forecasts it will hit 7.25 per cent in April.

Shell’s share price has soared as the crisis has worsened. The spike in oil and gas prices helped the energy giant to unveil a 14-fold increase in profits last week.

Mr van Beurden holds stock in the company worth nearly £18 million, up from £11 million a year ago.

The executive – whose full name is Bernardus Cornelis Adriana Margriet van Beurden – joined the company in 1983 after graduating with a master’s degree in chemical engineering and rose through the ranks, becoming chief executive in 2014.

He lived in West London until taking the top job, when he relocated with his Australian wife Stacey and his four children to The Hague. 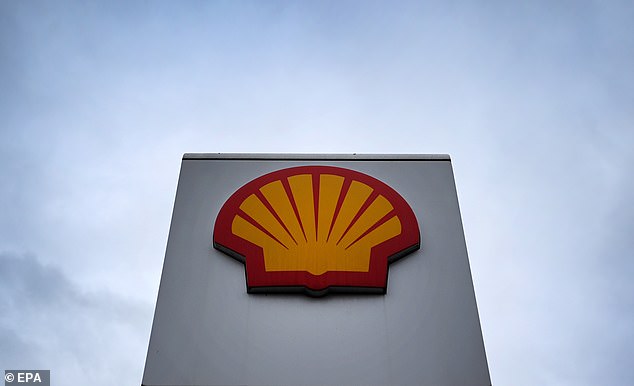 Shell’s share price has soared as the crisis has worsened. The spike in oil and gas prices helped the energy giant to unveil a 14-fold increase in profits last week

He is understood to be looking for houses in the UK again after the firm decided to relocate to London.

The shares bump comes on top of the £71 million he has received in pay and bonuses since taking the job.

He suffered a revolt by shareholders in 2018 over his £8 million pay packet.

Howard Cox, founder of the FairFuelUK campaign, said: ‘As drivers struggle to pay record punitive pump prices, just to get to work, see their family and friends, or visit their doctor, Mr van Beurden is wallowing in a personal cash bonanza that defies belief.

He described Mr van Beurden as ‘yet another greedy oil corporation boss profiteering from the misery inflicted by rocketing energy costs’.

He attributed the recent success of Shell to ‘uncontrollable geopolitical events driving up the price of oil and gas’ rather than company strategy and that bosses should not gain from the situation.

Shell last week recorded a £12billion pre-tax profit in the final three months of 2021, up from £885.5million in the previous quarter.

The unmitigated success, which has prompted the company to hand back $8.5 billion (£6.3 billion) to its investors in a share repurchase programme – likely inflating the value of individual shares further – has fuelled calls for a windfall tax on North Sea operators.

Campaigners believe energy firms should be subject to a one-off tax.

‘But of course we stand ready to be in dialogue with the Government on all the measures that we can collectively take.’