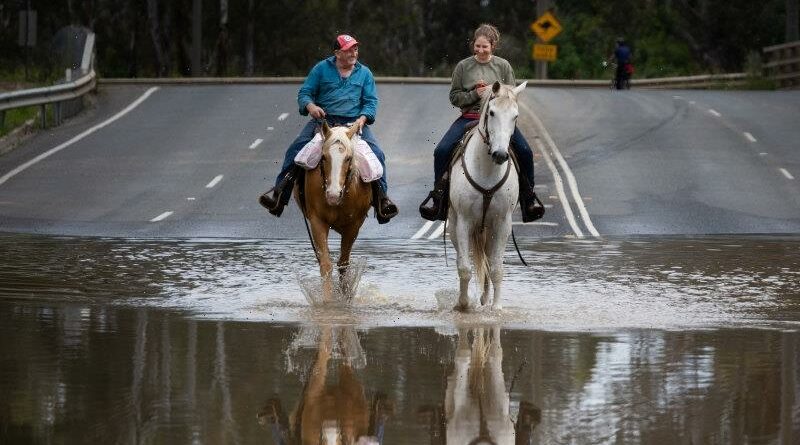 A new freeway bypass would be built around Shepparton if the Coalition wins the upcoming Victorian election.

It has pledged $260 million to fund stage one of the project, but more federal funding would be needed to complete it.

The bypass would create a second crossing over the Goulburn River by connecting the Midland Highway in Mooroopna to streets north of Shepparton’s city centre. 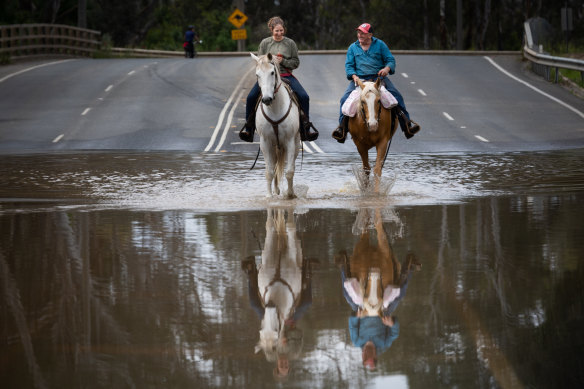 Mooroopna locals rode to Shepparton to buy bread after the town was cut off by the floods last month.Credit:Jason South

The only crossing between the two towns was inundated for days during last month’s floods, which Victorian Nationals leader Peter Walsh said proves the community needs another route across the major river.

“The expanding community has been constrained by only having one river crossing and have been waiting patiently for a proper solution for decades,” Walsh said in a statement.

Meanwhile, the Greens are pushing for a major shake-up to Victoria’s public transport fares.

Travel would be free for anyone under 21, $1 a day for concession cardholders and capped at $3 a day for other adults.

The Coalition previously pledged to make all fares across the network $2 a day, while Labor would cap the price of a full fare at $9.60, bringing fares across regional areas into line with metro prices.

Online enrolments to vote in the state election close at 8pm on Tuesday for Australian citizens who have turned 18 or changed their address.

Paper forms must be received before the deadline.

Electoral Commissioner Warwick Gately urged voters to check their enrolment details to make sure their vote counts on November 26.

“Every vote matters and being correctly enrolled means it is easier to participate in Victorian democracy,” he said.

“You’ll be processed more quickly through the voting centre or if voting by post, your ballot pack will be sent to the right address.”

Health was a battleground before the official election campaign began last week but has fallen off the agenda as the major parties spruik cost of living, transport and housing policies.