Home » World News » Ship stuck in Suez Canal: Egypt may seek $1 billion from owners of Ever Given 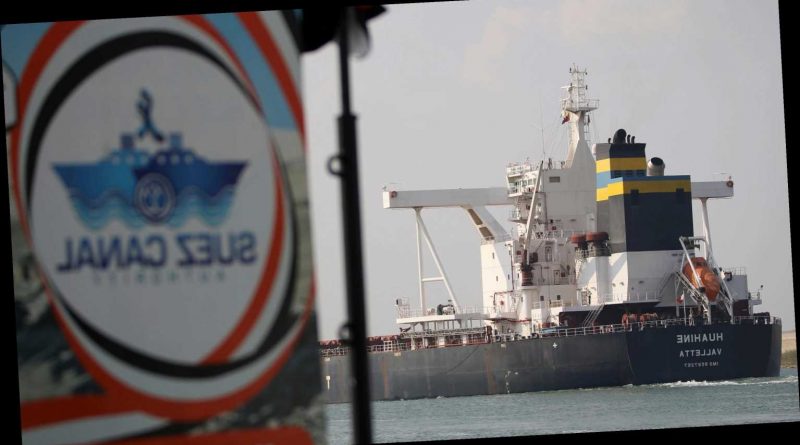 The cost of blocking shipping for almost a week through one of the most crucial waterways on earth apparently comes in at right around $1 billion.

And that’s just the bill Egypt could soon be trying to collect. It does not include damages for the owners of more than 400 boats delayed by the calamity on the Suez Canal, nor compensation that could be sought by companies whose materials or products were on those boats.

Lt. Gen. Ossama Rabei, head of Suez Canal Authority, told Egypt’s Sada ElBalad news that Egypt will likely seek $1 billion in compensation for physical and financial damages resulting from the grounding of the massive cargo ship Ever Given. Rabei said the compensation would cover losses from transit fees, the cost of six days of dredging and tugboat activity and damage to the canal from the dredging.

“This is the right of the country,” Rabie said. “It should get its due.”

Rabei said the ship’s captain has yet to respond to several demands by the canal authority, including surrender of the black box and documents sought for the investigation.

Grounded cargo ship Ever Given freed in Suez Canal: ‘We pulled it off!’

Ever Given will not be allowed to continue on it journey to the Dutch city of Rotterdam until the probe is completed, Rabei added.

The Panamanian-flagged, Japanese-owned, Taiwanese-operated ship became caught in high winds and a sandstorm as it navigated a narrow stretch of the canal March 23. The 1,300-foot-long, 220,000-ton ship’s bow went aground on the canal’s eastern bank, the stern on the western bank.

The incident halted more than 400 ships and closed the canal for six days. Workers dredged 30,000 cubic meters of sand – enough to fill about a dozen Olympic-size swimming pools – before more than a dozen tugboats finally wrenched the ship free Monday.

‘Rush to judgment’?: Suez Canal calamity fuels support for Ever Given crew

Sayed Sheisha, a canal authority consultant, told Egypt’s Extra News the authority’s investigation will determine whether the ship’s captain followed the instructions of the Suez Canal guide. He said the ship has been involved in two previous accidents but provided no details.

Sheisha said that if the captain and others don’t cooperate, the ship will be temporarily confiscated and a civil lawsuit filed that could drag on for years.

Sheisha, however, speculated that a solution such as agreeing on compensations could be reached within days. The fate of the ship’s 25-person Indian crew had not been determined.

The ship’s owner, Japan’s Shoei Kisen Kaisha Ltd., has said it will aid in the investigation. Taiwan’s Evergreen Marine Corp., which operates the ship, said it’s not responsible for cargo delays.

The canal carries more than 10% of world trade, and the global cost of the closure was estimated at up to $10 billion a day.

Egypt is disinclined to have a similar accident occur again. Rabei told Egypt Today the canal will be upgraded to allow 95 ships through per day. The canal currently handles about 50 ships daily. More waiting areas outside the canal and observation points inside will also be added, and the fleet of support boats will be enlarged, he said.

A cargo ship sails through the town of Ismailia, Egypt, Tuesday, March 30, 2021 as traffic resumed through the Suez canal after it was blocked by a massive ship that had been stuck sideways for nearly a week. (Photo: Ayman Aref, AP)