Antonio Brown abruptly took off his gear, threw his shirt and gloves into the stands and jogged off the field during the third quarter of Sunday's game between the Tampa Bay Buccaneers and New York Jets.

On his way out, the Bucs wide receiver did some jumping jacks in the end zone and waved to the New York crowd before running into the tunnel. The incident happened late in the third quarter with the Jets leading, 24-10. Fox Sports' Jen Hale reports that teammates Mike Evans and O.J. Howard tried to sooth an upset Brown as he took off his jersey and shoulder pads. A fan in the stands recorded video:

Antonio Brown has a meltdown at the hand of the #Jets and #BraxtonBerriospic.twitter.com/RGhSYpyrOu

TV cameras then caught Brown removing his shirt and gloves and throwing them into the stands.

Video of Antonio Brown leaving the field after taking off his jersey and shirt and throw it into the stands. pic.twitter.com/1hwNYei5Fq

While both teams remained on the field during a break in play, Brown ran to the end zone, where he performed his jumping jacks and gave the crowd a peace sign before exiting to the tunnel.

An update on Antonio Brown: pic.twitter.com/hT0WRfAp7N

It wasn't immediately clear what prompted the scene. The Bucs didn't address the incident during the game.

Brown was in the midst of his second game back from a three-game suspension for violating the NFL's COVID-19 protocols after he was accused of obtaining a fake vaccine card. He had three catches for 26 yards on Sunday prior to his exit. 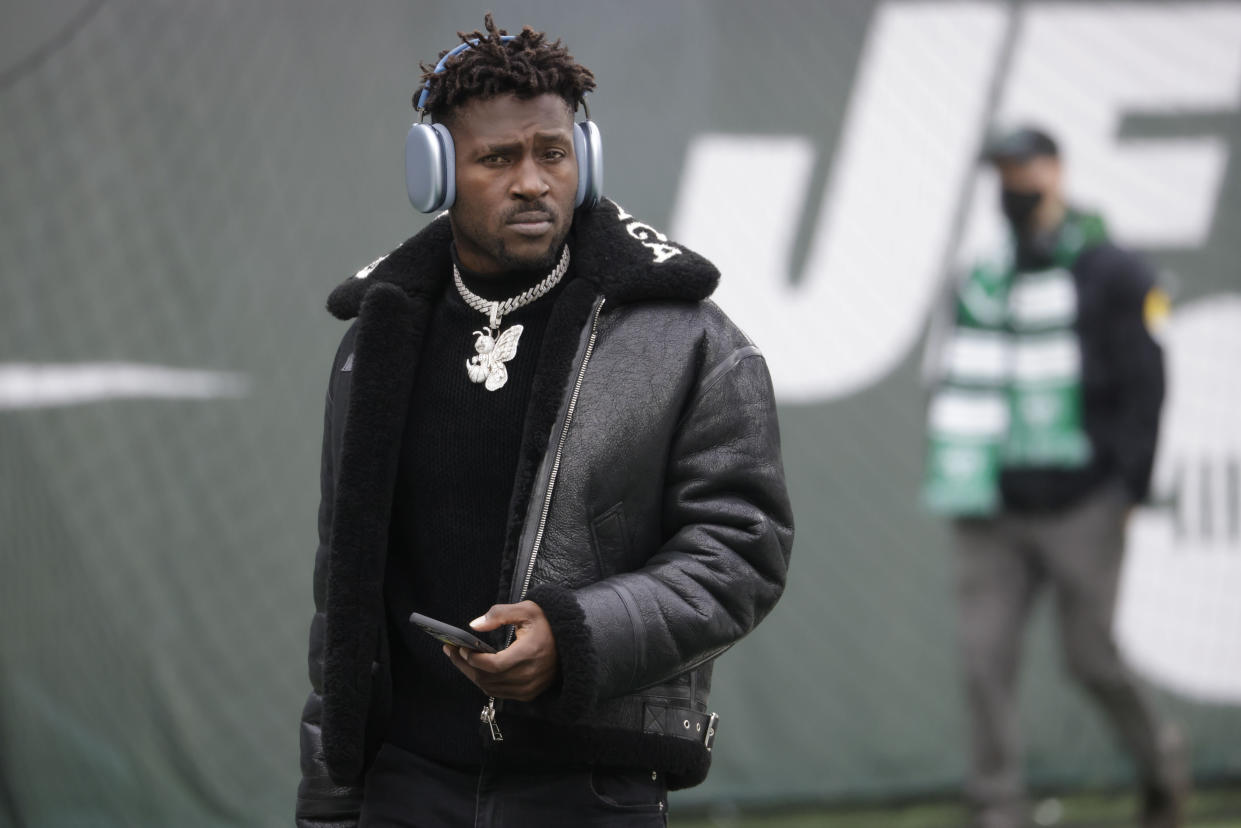