THIS is the horrifying moment a woman was crushed between two cars after a road rage row near Buckingham Palace.

The woman can be seen banging on the hood of the blue Range Rover when it suddenly accelerates – pushing her into another car and pinning her legs. 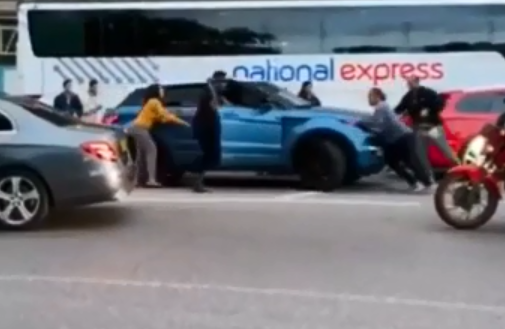 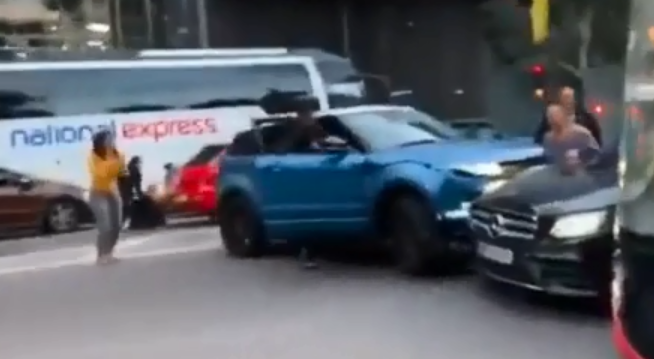 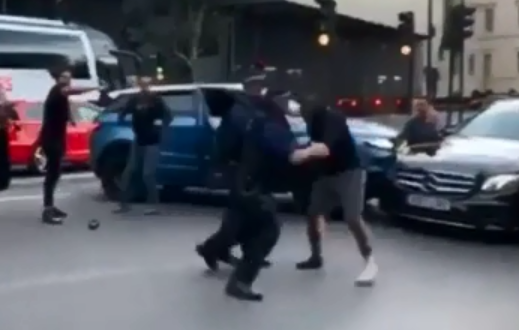 Shock footage shows a group surrounding the car, with one person heard screaming "stop it", before it charges forward with the woman on its bonnet.

She is then trapped against a black Mercedes, which is pushed against packed double-decker bus on Hyde Park Corner on Sunday night.

People can then be seen trying to pull the driver out of the Range Rover, pulling him to the ground as he struggles.