Four homeless men who attacked a man and stole his wallet on a city centre street have been jailed for a total of more than 10 years.

The victim had been on a night out with friends in Manchester City Centre when he was attacked around 4.45am on Monday July 9, 2018.

The man was sitting on a park bench when he was approached by Ryan Bardsley, 20, who asked him if he had any money. Bardsley then rifled through the man’s pockets. 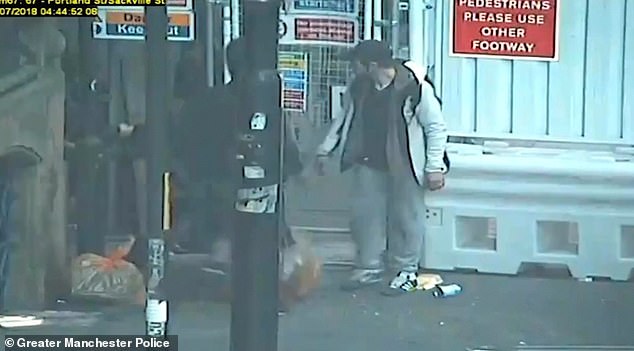 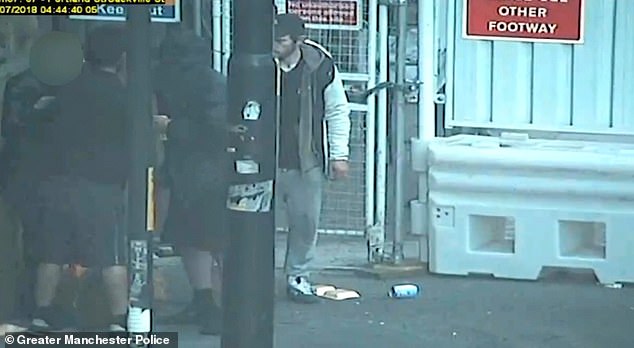 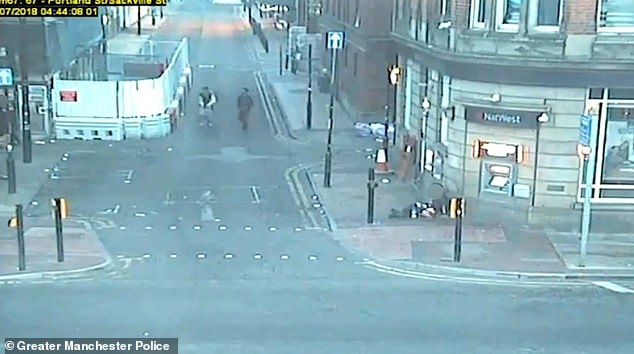 As the two men struggled, Bardsley put his victim in a choke hold, before the man managed to escape.

Bardsley tracked the victim a second time and began to choke him.

According to Greater Manchester Police, now with reinforcements, Bardsley let go of his victim as the mob surrounded him.

Murphy grabbed the man and dragged him down an alleyway, where he was forced onto the ground and ordered to hand over his mobile phone and wallet.

Police arrested Bardley, Rajabi and Murphy after being able to track them down on CCTV within minutes of the attack.

Hughes was identified by police and arrested the following day.

PC Ross Smith of GMP’s Operation Valiant said: ‘This group of men shamelessly set about their victim in order to steal what valuables he was carrying.

‘Knowing him to be alone, they ganged up on the man – four against one – to rob him of his phone and wallet.

‘His assailants’ cowardice was matched by their foolishness – as they were tracked on CCTV and arrested minutes after the incident. 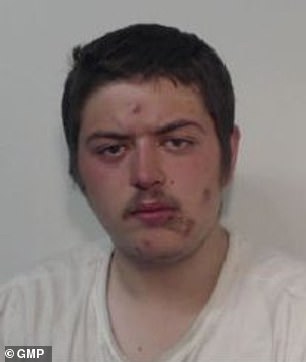 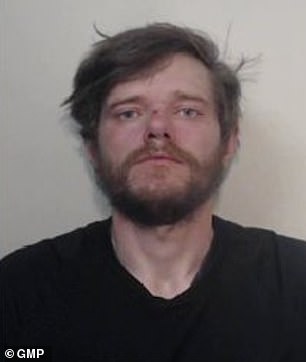 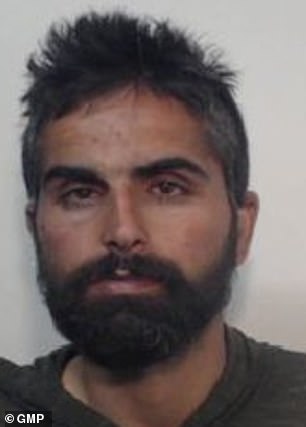 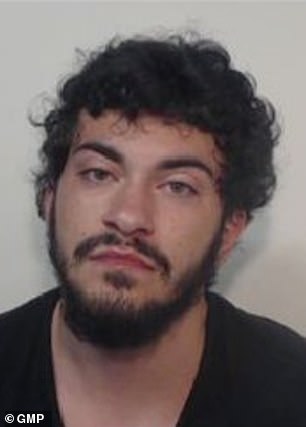 Salar Rajabi, 32, left, and Ryan Murphy, 22, right, were both found guilty of robbery at Manchester Crown Court. Rajabi was also found guilty of possession of a class B drug. He was sentenced to three years in prison. Murphy was handed a three-and-a-half year jail term and ordered to remain out of Manchester city centre for two years following his release

‘We hope today’s sentence reinforces the message that we won’t tolerate criminality in our city, and will do everything in our power to apprehend and prosecute offenders.’

All four men appeared at Manchester Crown Court where the court heard they were all of no fixed abode.

Hughes pleaded guilty to robbery  and was sentenced to two years and one month in jail.

Rajabi, was found guilty of robbery and possession of a class B drug and was jailed for three years.

Murphy was also found guilty of robbery and handed a three year and six month sentence. He was also handed a Criminal Behavioural Order and banned from Manchester City Centre for two years following his release from jail.