THIS is the terrifying moment a tourist is sent flying through the air as her boat suddenly explodes while being filled with fuel.

Surveillance cameras capture the drama as powerful shockwaves hurl the startled holidaymaker headlong into the sea. 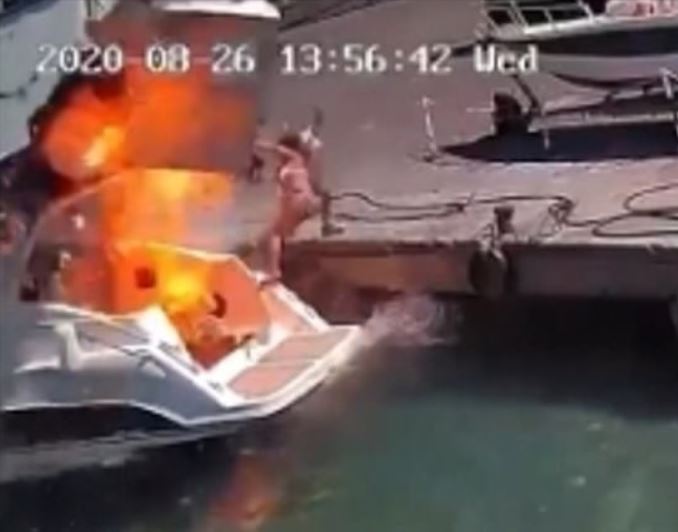 Amazingly the bikini-clad woman escaped serious injury in the horror blast at the island port of Ponza, Italy.

The shocking clip opens with the woman standing at the rear of the boat holding the fuel pump.

She is then seen handing the hose back to the attendant who is standing above her on the dock.

Then, without any kind of warning, a huge explosion rips through the stern of the cruiser. 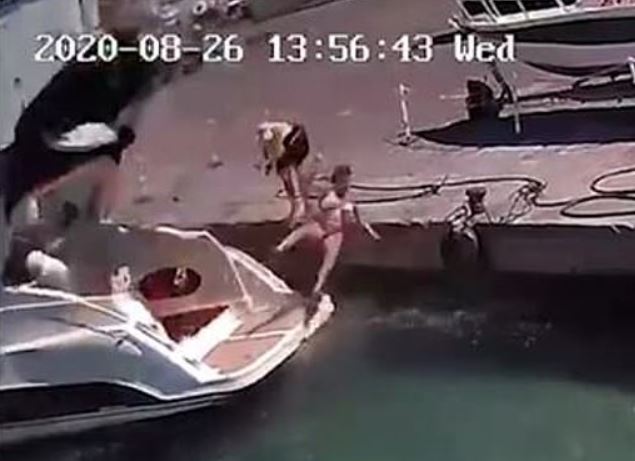 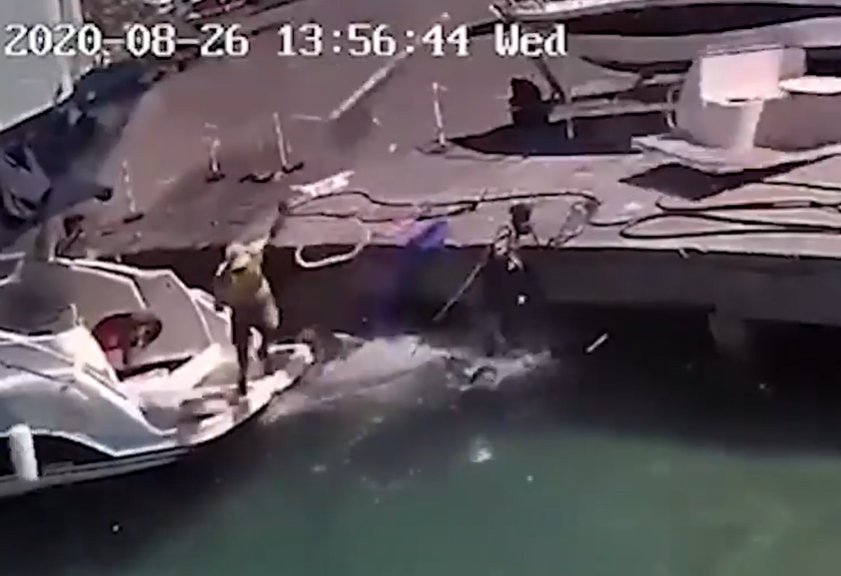 The woman is then catapulted from the deck of the motorboat into the waters below.

She is quickly followed by the attendant and her husband and his daughter who also jump into the sea to escape the burning boat.

They all escaped injury in the incident.

A quick-thinking man then runs to move the gas pump so it doesn't get caught up in the flames.

The shell-shocked pump attendant is then seen trying to clamber back onto the dock.

The family also swim away from their stricken boat while port workers tackle the flames.

The cause of the blast is now under investigation however fuel vapour build up is one of the most common cause for boat explosions. 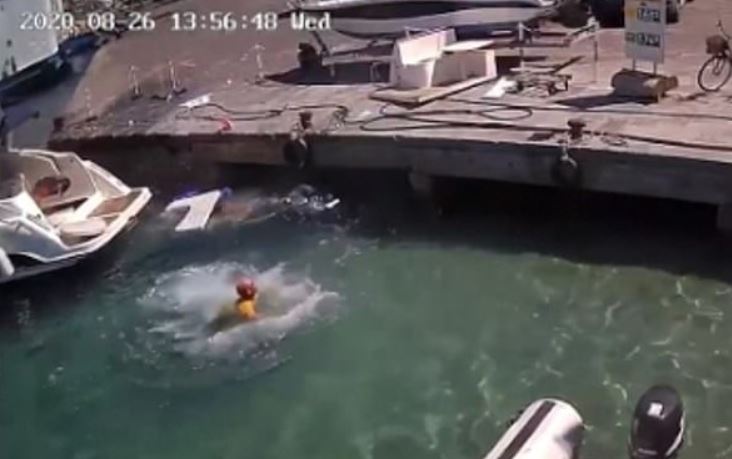